The NBA is only the latest Chinese government hostage 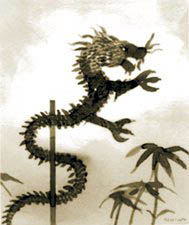 The NBA has come under severe criticism for bending over backward to appease the Chinese government after Beijing threatened the league with severe economic consequences over one pro-Hong Kong tweet.

But we must remember, the NBA and its teams are just the latest victims of the Chinese government's efforts to force U.S. companies to do its political bidding. The U.S. government must help U.S. companies resist becoming complicit in Beijing's repression.

It started when Houston Rockets General Manager Daryl Morey posted a (now-deleted) tweet with an image that said "Fight For Freedom. Stand With Hong Kong." Within hours, The Chinese Basketball Association, sportswear brand Li-Ning, SPD Bank, state broadcaster CCTV's sports, and tech-giant Tencent all announced they would suspend business with the Rockets. We know the Chinese government organized this swift punishment because so many Chinese entities shunned the team so quickly; in China that only happens with official approval.

Morey, under pressure, issued a partial apology, saying, "I did not intend my tweet to cause any offense to Rockets fans and friends of mine in China. I was merely voicing one thought, based on one interpretation, of one complicated event."

The NBA issued a measured statement in English calling Morey's views "regrettable," and a more apologetic statement in Chinese, saying, "We are extremely disappointed in the inappropriate remarks made by Houston Rockets General Manager Daryl Morey."

Beijing is costing the Rockets millions while pressing them to apologize - and implicitly threatening every other NBA team. The punishment came before the trial. That's how coercion works. It's how the Chinese Communist Party operates.

But the Chinese government's massive, punitive and coercive reaction to Morey's tweet must not be allowed, because the CCP is using its government power to bully Americans and American organizations to shut up about its repression. The fact that the NBA is playing along just shows how powerful Beijing has become in getting U.S. institutions to do its political bidding.

Lawmakers and Democratic presidential candidates have quickly and rightly criticized the NBA today for folding on human rights in pursuit of cash in China. But it's not the NBA's job to stand up to the Chinese government; that's a job for the U.S. government.

The U.S. government must first explain to the American people that this is not an isolated incident; Beijing has been exporting its political censorship abroad as part of its comprehensive effort to interfere in free societies. Last year, China severely punished Marriott after an employee in Omaha, Nebraska, "liked" a pro-Tibet tweet. Marriott profusely apologized and fired the employee.

Next, Chinese authorities demanded all international airlines literally wipe "Taiwan" off their maps, under threat of economic punishment, in what the White House called an instance of "Orwellian nonsense." In this case, the U.S. carriers resisted and Beijing partially backed down.

Rockets owner Tilman Fertitta tried to claim on Twitter that his team is "not a political organization." As the New York Times noted, the NBA supported Enes Kanter's right to speak out about the abuses of Turkish President Recep Tayyip Erdogan.

"The NBA stands with me for freedom and democracy. It's made all the difference," Kanter tweeted Sunday.

But unlike the Turkish government, the Chinese government can hold billions of dollars in business over the NBA's head. LeBron James and the Lakers are set to play the Brooklyn Nets in Pudong and Shenzhen this week. If the Rockets, the most popular NBA team in China, can be banned over a tweet, there's no mystery why the rest of the league is running scared.

In Tokyo on Monday, NBA Commissioner Adam Silver tried to argue the league can cave to Chinese pressure and defend free speech. The problem is that you can't do both at the same time. Silver can't stand up for Morey and also defend Nets owner Joe Tsai, who posted on Facebook what can only be described as a CCP-like propaganda screed. Tsai, who is also co-founder and executive vice-chairman of Alibaba Group, wrote in support of the Chinese government's drastic and Orwellian overreaction to Morey's tweet.

Tsai's Facebook message had all the markings of a Chinese government statement. He purported to speak for "hundreds of millions" of Chinese citizens, who were supposedly offended by Morey's tweet. Never mind that Twitter is banned in China and Chinese citizens aren't allowed to publicly disagree with their government regarding Hong Kong.

Tsai also parroted a CCP line by calling Hong Kong protesters a "separatist movement" and said Hong Kong was a "third rail" issue, suggesting Americans are no longer allowed to comment on in public. His shameful attempt to snuff out criticism of Beijing is allowed in our free society, as is my criticism of it. That's what free speech is.

Just last week, China's foreign minister Wang Yi said, "China will not interfere in the internal affairs of the U.S." This is Chinese interference in our affairs. If we don't stand up to it now, we will soon find ourselves living in an America where everyone self-censors and nobody is allowed to speak out on things that are obviously outrageous, like Chinese repression in Hong Kong.

But U.S. companies are not strong enough to resist Chinese government coercion on their own. The U.S. government needs to do much more to make sure U.S. companies don't have to abandon their values at the point of an economic gun.