Who benefits from a Biden collapse? 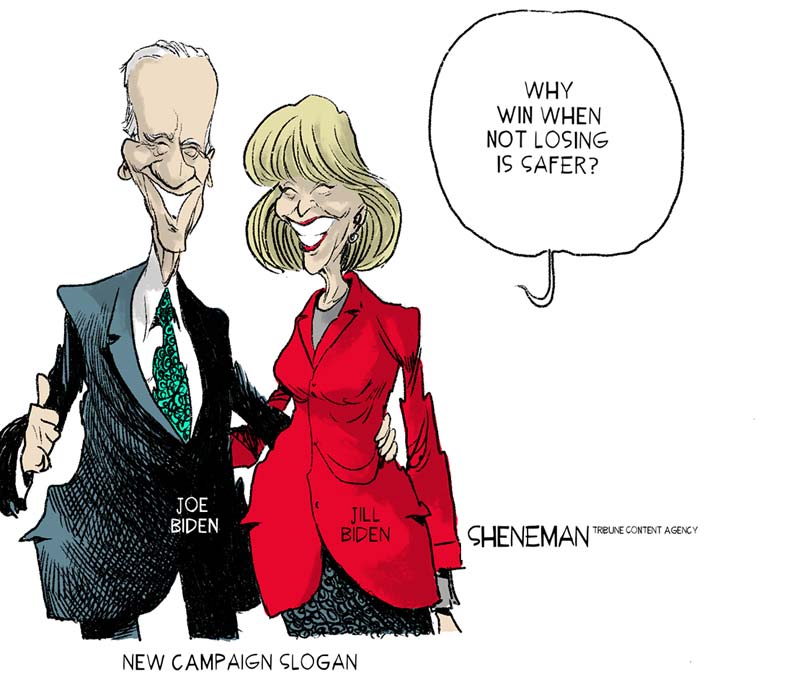 In the midst of all the coverage of the Trump-Ukraine phone call fiasco, one possibility for the 2020 presidential campaign that many political leaders are thinking about is going under-reported.

It will be ironic if President Donald Trump set out to gather compromising information about Biden, only to have it turn out that he wouldn't have to use it because the ongoing overreaction by the Democrats and their allies in the media have had the same effect - sinking the Biden campaign.

It is certain that Biden's opponents are calculating this same scenario. So, who benefits from a Biden collapse?

The former vice president's support is made up of traditional establishment Democrats, moderates and African Americans. It is hard to see how they would flock to Sen. Bernie Sanders, I-Vt., And Sen. Elizabeth Warren, D-Mass., who has the hottest campaign, has moved so far to the ideological left that she might turn off a lot of Biden supporters. Sanders and Warren are revolutionary candidates, while Biden has been the choice of the non-revolutionary wing of the Democratic Party. Is there a moderate in whom Biden supporters could find a comfortable home?

The four most likely are South Bend, Indiana, Mayor Pete Buttigieg and Sens. Cory Booker, D-N.J., Amy Klobuchar, D-Minn., and Kamala Harris, D-Calif.. Andrew Yang's campaign has caught some fire with younger, tech-savvy types, but these were not necessarily ever in Biden's fold except possibly by default.

It is probably no coincidence that Harris just recently announced yet another reboot of her campaign. She was, after all, the first to take a swing at Biden in the first debate, and so it would stand to reason she believes the spoils of a Biden collapse should be hers. But despite several false starts, she has consistently failed to catch fire.

Klobuchar has been consistent in playing the Midwestern, middle-of-the-road card since day one of her campaign. She is smart with a head for policy and a record of reaching across the aisle. But her campaign has been sleepy from the start, and it is hard to imagine her campaign suddenly catching new energy.

Booker ranked in the top tier of performers in the last debate, and he is likable.But despite his best quarterly fundraising haul to date in the third quarter, his campaign seems stalled. Maybe he could find some energy in the vacuum created by a Biden collapse.

Buttigieg raised more than $19 million in the third quarter - $6 million shy of what he reached in the previous quarter, but nothing to shake a stick at. Buttigieg is one of the most effective fundraisers in the race. Still, everyone says "I really like him, but. . ." and then proceeds to something along the lines of "this just isn't his year" or "he would make a great secretary of. . ." - which is what they said about Biden for much of his career.

Who knows? Maybe Sen. Michael Bennet, D-Colo., will get a second look. He was cut from the last debate, so he'd have to make the next one to show everyone that he is still in the race. To be honest, doing some research was necessary to determine whether he was still an active candidate. And oh by the way, he is further to the left than he looks. The same goes for Montana Gov. Steve Bullock.

In short, there's no obvious beneficiary of a Biden downfall, which shows just how much the political gods are looking out for Trump. After all, the whole basis of Biden's appeal was that he would be a stable, electable alternative to the daily drama of Trump - exactly what moderates are looking for. But as I have noted before, with Democrats pushing for impeachment, what is bad for Trump might be even worse for Biden.

While impeachment might be emotionally satisfying for Democrats, it might also cost them their most electable candidate.