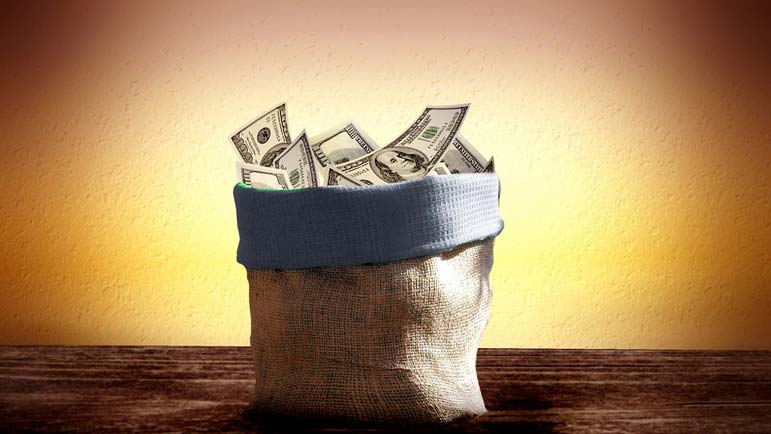 In the Trump era, foreign policy lobbying is about one thing: getting to President Donald Trump himself, no matter what the cost. Most looking to buy influence hire his friends or host expensive events at his D.C. hotel.

But one Syrian American activist found the ultimate loophole. She spent hundreds of thousands of dollars at Republican fundraisers for brief moments of direct access to the president - and persuaded him to change U.S. Syria policy.

The money that New Jersey cardiologist Rim Al-Bezem paid for short audiences with Trump pales in comparison with the millions spent by some corporations or foreign governments. And there's no doubt she was effective. Trump has publicly stated multiple times that, but for her, he would not have known about - and would not have done anything to stop - the looming humanitarian crisis in Idlib. That's the Syrian province where more than 2 million displaced civilians fear a military onslaught from the Bashar Assad regime, Russia and Iran.

But although Al-Bezem's pay-for-play efforts may have helped avert a slaughter (for the time being), the fact that she was able to so easily change the course of U.S. foreign policy reveals a huge vulnerability in the Trump administration's national security policymaking system. If $100,000 can buy time to push a good policy to an impressionable president, it could also be used to push a bad one.

Trump first revealed how he came to realize there was a crisis in Idlib in a Sept. 5 interview with the Daily Caller. Asked if he had spoken with the Russians about the then-impending military assault on Idlib, the president brought up his meeting with Al-Bezem, though without mentioning her name.

"You know, it was very interesting, I was at a meeting in Indiana, and a woman was there, we had a one closed-room meeting with people from the state," Trump said, not revealing that this "meeting" was a roundtable that cost $100,000 to attend. "She was Syrian, she was from Syria, and she said, 'I think they're going to kill millions of people.' And I said, 'No, that won't happen because the world is watching.' And she explained, she was from the area, she said she thinks her family is going to be killed. I went out and then yesterday I read a big story about it, and I said, 'You know, that woman is potentially right.' "

Trump said that meeting prompted him on Sept. 3 to tweet a warning to Assad, Russia and Iran not to slaughter hundreds of thousands of innocent people in Idlib. "Don't let that happen!" Trump tweeted. He also instructed his aides to pressure Assad and his partners to back down.

Mostly because of negotiations between Russia, Iran and Turkey, the expected assault on Idlib was put off. Trump's tweets may have added pressure that helped avert the attack. Either way, at his Sept. 26 news conference at the United Nations, Trump again told the story about his conversation with Al-Bezem but this time gave himself credit for saving the innocent civilians trapped in the Syrian province.

"And I put out on social media and elsewhere, I gave Mike Pompeo, John Bolton, everybody these orders, 'Don't let it happen.' I said, 'Don't let it happen,' " Trump said. "And it stopped. You saw that. No one's going to give me credit, but that's OK, that's OK, because the people know. I have had more Syrians thank me for that. . . . And I meant it, too. I meant it. And millions of people have been saved."

Al-Bezem revealed her part in this saga in an interview last week with the Wall Street Journal. A longtime activist for the Syrian opposition, she said she raised money with other activists and tried various ways to influence Trump. They bought ads on Fox News and hired Brian Ballard, dubbed by Politico "the most powerful lobbyist in Trump's Washington." Ballard suggested Al-Bezem pay to join the fundraiser roundtables.

The Journal article states: "Their success in influencing Mr. Trump's foreign policy offers a roadmap for advocacy groups in the Trump era." That's precisely the problem.

That Trump is charging $100,000 to participate in a "roundtable" at a political fundraiser is shocking but not surprising. It's not illegal so long as the money came from Americans. President Barack Obama did similar things all the time.

But Trump is different because he is susceptible to huge policy swings based on offhand conversations. Access to the president these days equals enormous influence outside the system designed to keep Trump from making rash decisions.

The risk is that the entire national security bureaucracy and policy process can be held hostage to the passing small talk that the commander in chief has with anyone rich enough to buy a few minutes of his time.

To be clear, I agree with Al-Bezem on the policy. I want Trump to be more active in the Idlib crisis and to take a tougher stance against Assad. Her intervention here may have saved lives. But pay-for-play national security decision-making is unsustainable. What's she going to do, shell out $100,000 every month or so until the Syrian war ends or Trump leaves office? And now that the tactic has been exposed, what's to stop those sympathetic to Assad or Putin or China or Saudi Arabia from doing the same thing?

So what's to be done? Probably nothing. The swamp will remain swampy. Trump will continue to make foreign policy based on the last person he talked to. At the bare minimum, somebody from the National Security Council should accompany Trump to these fundraisers just to make sure that the last person he talks to isn't someone who paid to be there.