The rediscovery of Earth --- from Apollo 8 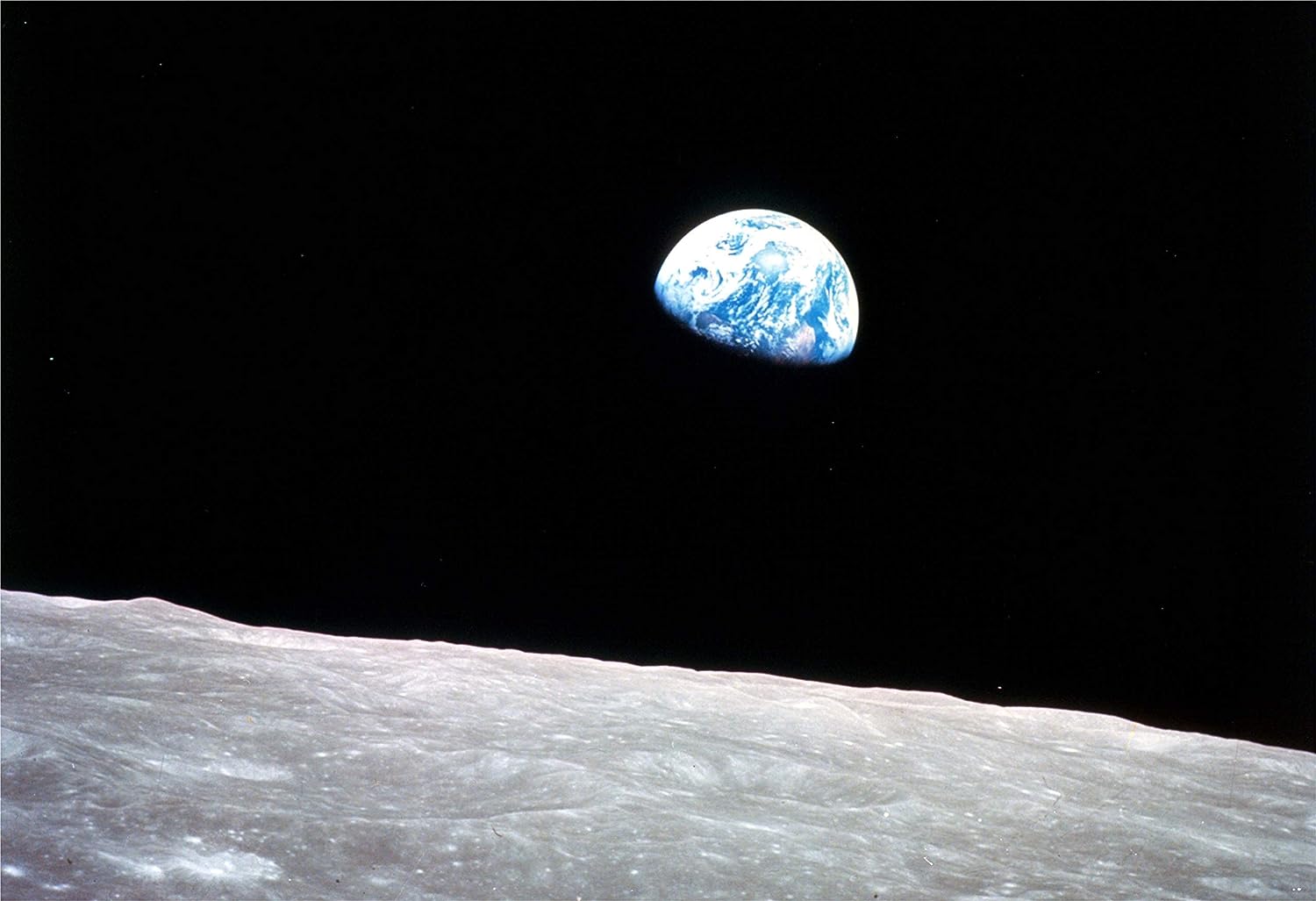 Apollo 8 is having a moment. Fifty years after NASA launched the most audacious gamble in its history, this overshadowed milestone of human exploration is the subject of books by Jeffrey Kluger and Robert Kurson, as well as an award-winning short documentary by filmmaker and musician Emmanuel Vaughan-Lee.

Its timing could not be more perfect.

The story takes us back to 1968 - the bitter and demoralizing nadir of the Vietnam War, and an ordeal of assassinations, riots, discredited leaders and broken politics. Inside America's space program, engineers worried that President John F. Kennedy's stirring promise to go to the moon before 1970 would be unredeemed - or, worse, that it would be fulfilled by the Soviet Union. The colossal Saturn V rocket remained unproven, while a lunar-landing craft faced an array of technological obstacles.

At this gloomy moment, NASA's George Low proposed something wildly out of character for the step-by-step agency: Rip up the playbook. Take the parts of a moon mission that appeared to be ready - maybe ready, possibly ready - bundle them into a spacecraft and boost them into lunar orbit by the end of the year.

The stakes were desperately high. A successful voyage would prove the workability of the Apollo plan for a lunar landing. It would validate most of the necessary systems and scout the moon's terrain. But a failure could delay or even derail Apollo, and there were so many ways to fail. The crew could blow up atop the rocket, or crash into the moon, or become trapped in lunar orbit, or sail away to be incinerated by the sun.

Three extraordinary astronauts volunteered for this risky business, each combining the nervy skill of an ace pilot with the disciplined brain of an advanced scientist or engineer. Steely Frank Borman commanded the mission. Jovial James Lovell, who would later steer the damaged Apollo 13 spacecraft safely home, was the navigator. Physicist William Anders piloted the command module. But with three men in a tiny craft a quarter of a million miles from safety, each one had to be proficient in every aspect of the enterprise.

Spoiler alert: They made it. Sucked by gravity to the blistering speed of some 25,000 mph - the fastest humans had ever traveled - they came home inside a fireball as their little spaceship ripped through the atmosphere. Apollo 8 was a triumph by any measure - a brilliant blend of invention, computation, teamwork and plain guts. The astronauts wrote a brave and optimistic ending to a grim and hateful year.

But here's the thing I find most striking about this memory from a long-ago Christmas that I now understand at last: Apollo 8 sailed off to explore the moon, but along the way the mission rediscovered Earth. For the first time, human eyes ventured far enough away to see our planet for what it truly is: a miracle bordering on the impossible, a delicate bubble of life and meaning spinning through the cold and empty darkness of space.

Of all the millions of people over thousands of years who had looked up and imagined themselves floating among the stars, these three men were the first to experience it. And it opened their eyes to the harsh, dead reality of space. When the Earth came up, blue and white and smiling over the moon's horizon for the first time, they saw, like the God of Genesis, that it was good. Anders snapped the photograph. You've seen it.

The astronauts ended their Christmas Eve television transmission by reading from the biblical creation story as their craft sped toward the lunar night. This primitive, elemental account of a living world - carved from darkness, marked out from the silent firmament - was never more persuasive and never more moving. To the list of Apollo 8's accomplishments, add this: Nothing as profound has ever been broadcast.

"What they should've sent was poets," Borman has said, "because I don't think we captured in its entirety the grandeur of what we had seen."

I would disagree. The message came through loud and clear. We only need to be reminded.

Mired in another bitter year, Apollo 8 still speaks to us, challenging us to dream of big things and dare for grand causes. And also teaching again the lesson that we are blessed to be here aboard a living planet in a vast ocean of lifelessness. Lucky to have company in a lonely galaxy. Called to care for one another, and for this unlikely lifeboat that is our mutual home.