The best Sears product was its gift for reinvention, with a 126-year warranty 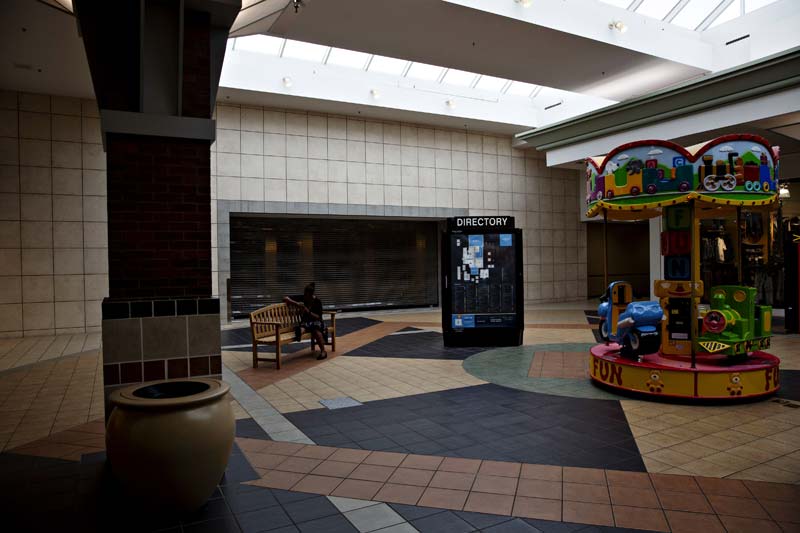 A woman sits on a bench near the shuttered store entrance of a former Sears. Daniel Acker for Bloomberg

It's always wistful news when a big retailer dies, but the Sears bankruptcy announced Monday feels borderline tragic. Sears is the foundation of so many fond memories for Americans: the autumn trip to buy new school clothes, the tires for that first car, the brand-new washer-dryer combo hauled home by beaming newlyweds.

Where you grew up almost didn't matter, because Sears was everywhere. From Portland, Maine, to San Diego, it was the local retailer of mid-price goods to a middle-class country. But even if you were in one of the few islands isolated from its bourgeois charm, you may still feel like you've lost a little piece of yourself. Because in so many ways, the history of Sears is the history of America.

In one of life's delightful little coincidences, the retailer that shaped so much of the nation's history started by selling time: Railroad station agent Richard W. Sears first sold watches to his colleagues in the 1880s, then expanded into a thriving mail-order business that serviced vast rural areas that the railroads were stitching together into a single market.

By 1897, the Sears, Roebuck and Co. catalogue, which would come to be known as America's "Wish Book," was selling not just watches but everything a farmer needed, from hats to plows. By 1908, the company added prefabricated homes. Sears was the Amazon of its day, the one merchant where almost every American could have bought something.


Even such retail titans generally have only one act in their story: They identify a niche, grow until they reach its natural limits and then decline when customers move or tastes change. Sears, almost alone in retail history, had three acts, a full-length drama. The company's rural market was doomed from the day Sears, Roebuck and Co. printed its first catalogue: Every year, more of the customer base climbed aboard the same trains that delivered Sears products and struck out for life in the big city. Instead of milking the company's faithful old cash cow until it keeled over, Sears went with its customers in the 1920s, opening urban department stores for the burgeoning urban middle class.

And when that middle class took its shiny new automobiles to the postwar suburbs, Sears went there too, becoming the anchor store for countless shopping malls. The company sold Craftsman tools and Kenmore refrigerators, but it also sold an idea of what postwar middle-class life should look like: automobile-driven mass consumerism that tied America together with a common set of possessions, rather than a common language or religion.

What Americans bought there was certainly not glamorous; one might even call it boring. But what it lacked in flash it made up for in reasonable prices and solid quality that lasted.

The performance was so good that one could almost expect a sudden twist, an unprecedented fourth act for an American legend. But while the company may reorganize in bankruptcy and keep going for a while, that can only temporarily stave off the inevitable liquidation. America has moved again, onto the Internet. And this time, Sears didn't go with them.

It's too late to reverse that mistake, because Sears didn't just miss out on the biggest retail trend of the past two decades. In trying to fight off the Internet without fundamentally changing, the company also trashed what made Sears so special in the first place. It's the classic death spiral of a dying firm: trying to get out of the red by cutting corners, but succeeding only in driving more customers away.

The company's quality and customer service are now remarkable for their indifference, rather than their excellence. The Craftsman tool brand that drew generations of DIY enthusiasts to its stores was sold off to raise cash, and the Kenmore appliance brand is now an also-ran in both styling and features. As with so many now-failed retailers, the company's would-be rescuers have left it with nothing worth saving.

Which of course gives people something to point to and say, "See! This is their own fault!" Many people are pointing that finger now. But how many of those folks could have completely reinvented a firm not once but twice? Should we really judge Sears because the company didn't have yet one more amazing breakthrough left in it?

Instead let's point out all the things that Sears did right in its remarkable 126-year history. It brought comfort and a little bit of urban style to the remotest parts of America; convenience and affordable quality to its cities and suburbs. It gave America the world's tallest building for many years. But it also gave us something considerably more mundane, and much more important: something worthwhile that we all had in common.