Gender as a gimmick 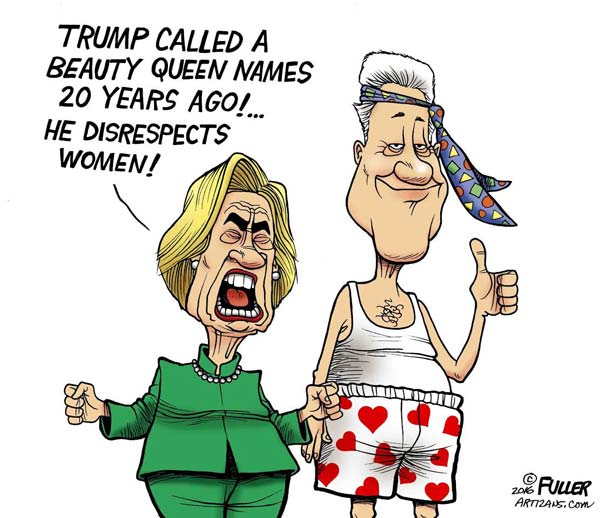 I'm sometimes accused of not liking women. That's not true.

Most of my favorite people have been women, starting with my grandmother, who had a third-grade education and a Harvard-pedigree heart; my mother, who could have given the Spartans at Thermopylae a run for their drachmas in the courage department, and the Mercy nuns, who essentially raised me to be loud, proud and unbowed.

Along the way, there were some wonderful men who provided insight into what it means to live a meaningful life, but I think of myself as a product of Athena, Goddess of wisdom and irony. I mean, if you jump out of your father's head fully formed, you have to have a good sense of humor.

What I am not, and this is probably where the confusion comes in with some of my readers, is a generic cheerleader for the accomplished uterus. "Girl power," "year of the woman," "glass ceilings" and "sisterhood" really mean very little to me. I feel no kinship with another human being simply because we share a biology and a similar place in the societal hierarchy. My affections, and enmity, are gender neutral.

That is why Madeline Albright's comments about there being a "special place in hell" for women who don't help women made no sense to me. Why should a woman help a woman just because she is a woman? If we were to tell men that same thing, someone on CNN would empanel a discussion on misogyny, inequality and Donald Trump.

But you're missing the context, Christine! This is what I get whenever I say that women evoke no special tenderness in me, no sense of particular obligation above that which I show other decent human beings. The context is supposed to be that we have been kept down for so long, abused, harassed, underpaid and forced to share ownership of our reproductive organs with Big Brother.

I don't buy it, sisters. This is one of the reasons I am not voting for Hillary Clinton in a few days. Clinton is actually a bad example of this "gender voting" because she has actually downplayed her chromosomal makeup in blazing her exceptional (and some would say prosecutable) trail through life. Up until fairly recently, Hillary hasn't played the girl card or made appeals to the tribal sympathies of the gals. I don't even think of her as a woman. She is like a romance language, in that there is a masculine, a feminine and a neuter gender. Hillary's default is neuter.

But she is smart, and she has decided to play identity politics with her campaign ads reaching out to chubby little girls who feel put upon by a cruel society and lashing out at a surprisingly obliging Trump who continues to treat women as slabs of beef to be grabbed, seasoned and consumed (except the fatty cuts.) He has made it feasible, and very easy, for her to put on the feminist halo.

Unfortunately, Hillary is at the head of a brigade of lesser beings who are simply running on their ability to produce eggs every 28 days. I'm sorry, but you cannot tell me that Katie McGinty, Pennsylvania's Democratic candidate for Senate, is deserving of a seat. Both of the major newspapers in Philadelphia have endorsed her with tepid praise, hoping that she will meekly go along with Hillary's progressive agenda. Her resume is thin. She was our governor's chief of staff for a few months, before she arguably violated ethics rules and emailed John Podesta on government time to ask his advice on running for the Senate. She was another governor's secretary of environmental protection, and racked up a few ethics investigations during her term. She worked for Hillary's husband in Washington at the start of her career, and is a very loyal Democrat. That is basically why she was hand-picked by the power brokers to run against the incumbent, Republican Pat Toomey. That, and the fact that she is a woman.

There are other women who are running both locally and nationally because in the year that a "nasty woman" will likely take the White House, they see their shared biology as a definite plus on the resume. I would suggest that choosing a woman for office simply because you want to balance out the gender divide is both foolish and disrespectful to women who actually care about the content of their public official's character, not their hormonal makeup. I said this years ago, when editorial boards went ga-ga over Pennsylvania's Attorney General Kathleen Kane. Interestingly enough, those same editorial boards were vociferous in criticizing her when her incompetence, venality and arrogance sent her to jail.

But it seems we haven't learned from that bitter lesson. If we had, we wouldn't be treating politics as a pie that needs to be recut to a 21st Century measure, giving the larger slices to the ladies because they were on a forced diet for so many decades.

It is important to have a balance in public life. However, that balance should be comprised of different philosophies and views, not color, gender and sexual orientation. If diversity mattered, we would be supporting conservative women like Carly Fiorina for office, and that rarely happens. If diversity mattered, we would be praising Clarence Thomas for exceptional jurisprudence, but that rarely happens. They're not the right shade and shape of diversity.

Because that's what this is. The stars aligned for Hillary, and she was in the right place when Athena made her celestial power grab. Katie McGinty is tagging along for the ride. This woman, who loves women but hates gimmicks, is appalled.