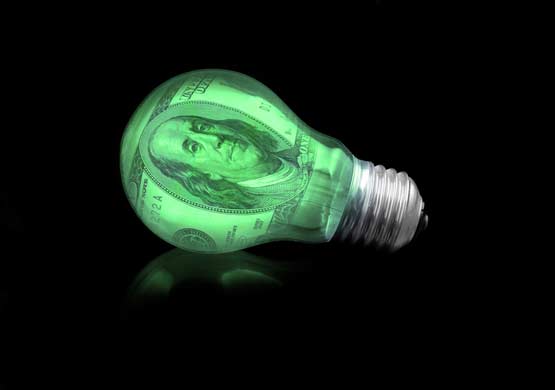 The big news this weekend was the leak of Donald Trump’s 1995 tax returns to the New York Times. The returns showed that in that year, Trump claimed $916 million worth of business losses; those losses, said the Times, “could have allowed him to legally avoid paying any federal income taxes for up to 18 years.”

Liberal social media dissolved into an ecstatic puddle; conservative social media, at least the part that is supporting Trump, angrily denounced the Times for publishing this tripe.

A few sensible people tried to explain that while the story might have well show that Trump was a bad businessman, it didn’t really show any sort of interesting tax shenanigans. And since we had long known that Trump lost a bunch of money in Atlantic City, a story that has been amply and ably covered by folks like our own Tim O’Brien, it didn’t even really offer much news.

Why did people see scandalous tax avoidance in this case? At issue is the “net operating loss,” an accounting term that means basically what it sounds like: When you net out your expenses against the money you took in, it turns out that you lost a bunch of money. However, in tax law, this has a special meaning, because these NOLs can be offset against money earned in other years. You can use a “carryforward” to offset the losses against income made in future years (as many as 15 future years, under the federal tax law of 1995). You can also use a “carryback” to offset those losses against income you made in past years (three in 1995, which when added to the 15-year carryforward term, gives us the 18 years the Times refers to).

To judge from the reaction on Twitter, this struck many people as a nefarious bit of chicanery. And to be fair, they were probably helped along in this belief by the New York Times description of it, which made it sound like some arcane loophole wedged into our tax code at the behest of the United Association of Rich People and Their Lobbyists. They called it “a tax provision that is particularly prized by America’s dynastic families, which, like the Trumps, hold their wealth inside byzantine networks of partnerships, limited liability companies and S corporations.”

Every tax or financial professional I have heard from about the New York Times piece found this characterization rather bizarre. The Times could have just as truthfully written that the provision was “particularly prized by America’s small businesses, farmers and authors,” many of whom depend on the NOL to ensure that they do not end up paying extraordinary marginal tax rates -- possibly exceeding 100 percent -- on income that may not fit itself neatly into the regular rotation of the earth around the sun.

Take a simple example, offered to me by Joe Kristan, a CPA who writes one of my favorite tax blogs. A meatpacking business loses a million dollars in one year, and then the next year it makes a million and a half. Without the ability to carry forward the losses from year one, then over the two years, it would pay perhaps $600,000 worth of state and federal income taxes, on $500,000 worth of actual money that it could spend to pay those taxes.

And did this scenario correspond to real-world clients of his firm? Absolutely, he said; it’s common in commodity businesses, where prices can fluctuate wildly from year to year.

“If someone has a $20 million gain in one year and a $10 million loss in the second year, that person should be treated the same as someone who had $5 million in each of the two years,” says Alan Viard, a tax specialist at the American Enterprise Institute, who like all the other experts, seemed somewhat surprised that this was not obvious.

“There are definitely tax provisions narrowly targeted to various industries that you could take issue with,” says Ron Kovacev, a tax partner at Steptoe and Johnson. “The NOL is not one of them.”

I mean, the Times story is true as far as it goes: Losing $900 million dollars may save you $315 million or so on future or past taxes. But astute readers will have noticed that it is not actually smart financial strategy to lose $900 million in order to get out of paying $315 million to the IRS. Most of us would rather have the other $585 million than a tax bill of $0.

Of course, it would be lovely if you could generate a year’s worth of huge losses in your wildly overleveraged real-estate empire, and then somehow get out of paying your debts, which would leave you a lovely write-off against your suddenly much higher income. The theory that Trump somehow managed to do just that was circulating widely on Twitter yesterday, thanks to a blog post by John Hempton, the chief investment officer of Bronte Capital. The idea seems to be that Trump could have bought his debt for pennies on the dollar, and then parked it in a third-party offshore firm that never collected on it. This theory seemed to have a lot of credibility among folks on social media. Among the tax professionals I spoke to, it had none: the IRS would treat this sort of structure just as it would if a third party had forgiven the debt.

“Look,” says Kovacev, “you put a $900 million loss on your tax return, that’s audit bait. The IRS is going to look into it. The notion that you could just move the money and the IRS wouldn’t ask questions?” There was a sort of incredulous pause before he finally said: “That’s hard to fathom.”

But are there perhaps ways to generate paper losses that could inflate the size of your NOLs? Well, the tax law surrounding real estate development is an arcane and wonderful thing, and it offers more scope for, let us say, artistic interpretation of your income picture than most industries. Those rules gave Trump more scope to, for example, delay paying taxes on any debt forgiveness he got, than he would have if he’d been a manufacturer of stereo equipment.

But ultimately if he got substantial forgiveness, he’d probably eventually have to pay taxes on it, clawing back a lot of the benefit of the NOLs. As Kristan put it: “You have to die to eventually get out of the taxes. And few people are willing to take that step.”

Rich people do manage their income to minimize their taxes, and some of the means they use to do so should probably be written out of the tax code. But the wealthy individual who manages to make a lot of money while paying absolutely no taxes on it is more a creature of myth than reality. That myth, like many myths, has some basis in fact: It used to be eminently possible to do, thanks to loopholes in the tax code that allowed people to take advantage of real estate losses, among other things. Those loopholes, however, were mostly closed by that notorious liberal crusader Ronald Reagan, during the 1986 tax reform package.

If Trump managed to pay no taxes for years, the most likely way he did this was by losing sums much vaster than the unpaid taxes. This is fair, it is right, it is good tax policy. There are many valid indictments of Trump as a candidate and as a businessman. But on the charge of unseemly tax avoidance, if this is all the evidence we have, then the grand jury would have to return … no bill.

© 2021 Bloomberg News. Distributed by The Washington Post. All rights reserved.