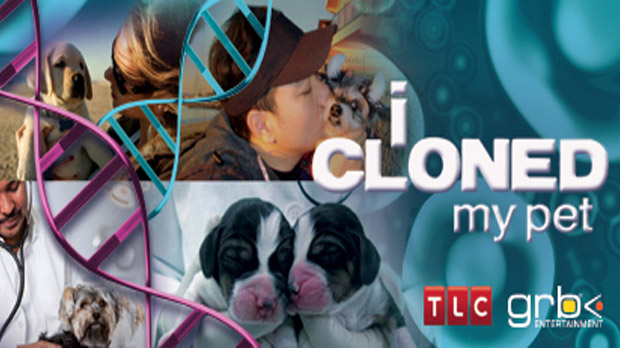 Google weird things late at night, as some of us do, and you will find the websites dedicated to pet cloning.

Are they legit? Hard to say. But it's true that two years ago, one woman paid $50,000 to have her dog, Trouble, cloned. (Normally, it costs twice that, but because she agreed to be on a TLC show called "I Cloned My Pet," she got a discount.) The new dog: Double Trouble.

This spring, TLC basically cloned its own show, this time helping a British woman to clone her dog Winnie. (New dog: Mini Winnie.) Adorable names aside, the bubbly owner of Double Trouble said he reminds her exactly of her old mutt. And that is what's, well, troubling.

Forget the ethics of cloning — or at least leave it for another discussion. What about the idea it is predicated on, the idea that if you loved someone and he's gone, there's no way — and now no need — to move on and love someone new?

What a pessimistic view of both species! We humans are built to roll, however painfully, with the punches. It's called resilience. And puppies — pretty much all puppies — are built to beguile us, whether they remind us of our old pets or not. If we start to depend on cloning to mend our broken hearts, we will be in much sadder shape. And even to start to think in "I demand an exact replacement!" terms can really screw us up.

Think about that first time you were in love, desperately. Chances are that that's not the person you ended up with, because at that point, you were probably about 12. It's quite possible the object of your affection didn't even know you were in his or her homeroom. That didn't dampen your ardor. What did?

Time. Time passed, and you moved on because the heart is good at that. I was reading "Romeo and Juliet" the other day — yes, for the very first time. Sue me. (Sue my English teachers!) I was shocked to see that the play opens with Romeo pining for the girl of his dreams ... and it's not Juliet. It's some chick named Rosaline! He's so lovesick that he goes to a party to try to meet up with her, and darned if he doesn't meet Juliet instead.

You don't need CliffsNotes to know that he gets over Rosaline more quickly than you can climb a balcony. And the fact that he kills himself just a few scenes later out of love for this new crush just shows William Shakespeare's genius for real tragedy — the tragedy that even though it was staring him in the face, Romeo didn't understand his own ability to fall in love anew.

That's something the cloners don't understand, either — their own innate ability not just to love someone new but to love just as fervently.

New York artist Carmela Kolman, a lifelong dog lover, puts it this way: "It's like saying — if you want to have another child — 'Oh, I'm going to clone the first one.'" When Kolman's beloved cocker spaniels died a few years back, she ended up adopting a terrier and a poodle. "The terrier, he's got this incredible spirit," Kolman says. "And the poodle is really intelligent, to the point where my husband accidentally stepped on him the other day and the dog turned around and hit him with his paw, like, 'Watch your step!'"

She's laughing as she thinks about the dogs who came into her life because the old ones died. Life is full of those surprises. Unless you start cloning them out.