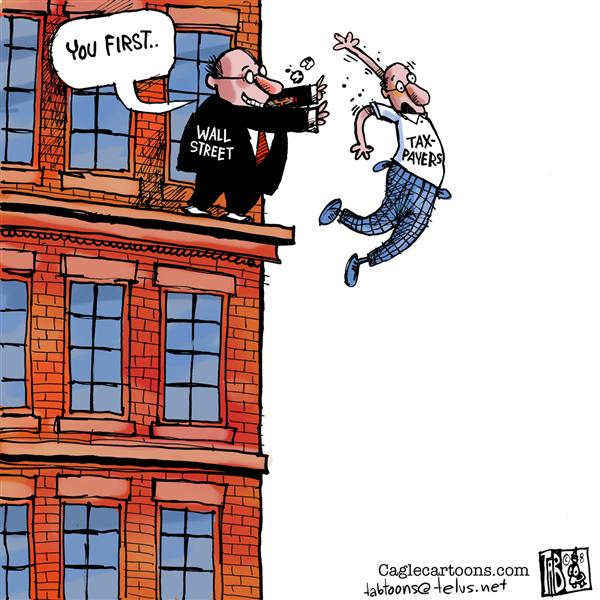 In the spring of 2006, I sat in a New York cafe with a banker who specialized in credit derivatives. He was explaining why the cost of credit had fallen dramatically. It boiled down to "better modeling techniques." We had become so good at forecasting risks like defaults or interest-rate movements that bankers could dramatically lower the price of loans and still make safe money.

He gave me the faintly patronizing smile that math geeks reserve for those of us who stalled out in freshman calculus. "No, we've actually gotten better."

Two years later, of course, Lehman Brothers filed for bankruptcy. In the disastrous aftermath, he, like many others, became an ex-banker. I've been thinking a lot about him, and that conversation, as the 10-year anniversary of the Lehman collapse approaches. How cheerily simple the world looked when we were sitting on that sidewalk in the sun, and how brilliant and wise all the people in it seemed, especially to themselves.

For I've been recalling, too, the folks in the 2000s who told me they had to buy a home right now, before rising prices doomed them to become lifetime renters - or who bragged about the piles they'd made flipping houses. And the long, earnest discussions I had with economists about a phenomenon that was then being called the "Great Moderation."


Coined by James Stock and Mark Watsonin 2002, the term was made famous in a 2004 speech by Ben Bernanke, then a member of the Federal Reserve Board.It referred to a steady multi-decade decline in macroeconomic volatility - in layman's terms, the economic cycles were no longer cycling so frenetically.

Was this good luck? Structural change in the economy? Or wise technocratic management? You will perhaps be unsurprised to learn that most of the policymakers I interviewed modestly attributed this trend in large part to their own growing wisdom.

Then Lehman. Shortly thereafter, I found myself interviewing a famous economist about the ensuing crisis.

"A whole lot of graduate students have been writing dissertations on the Great Moderation," he mused. "I wonder what happens to them all now?"

One suspects that like many of the rest of us, they were revisiting their most cherished beliefs. For economists, and those who wrote about them, the financial crisis of 2008 was a bit like discovering that the law of gravity had suddenly been repealed: Everything seemed up in the air, and no one was quite sure where it was all going to come down.

"If you haven't changed your mind about a lot of things," a libertarian economist told me, "you're not thinking very hard."

Certainly I was due for a rethink. I've made myself sound rather prescient here, and in some small ways I was - I expressed my first worries in print about a housing bubble in 2002, for example, and I really did ask that banker whether our risk-assessment skills were as good as we thought. But I had no more idea than he did that we were inching toward a precipice. And even when we were at the brink, I remained blind.

Six months before Lehman, when Bear Stearns was in its death throes, I was aghast at the possibility of a government bailout. No to government interference in the market! Capitalism requires creative destruction! Then the government let Lehman fail, and the money markets started going with it. Looking into the abyss, I discovered an unexpected fondness for government intervention into massive market failures.

Yet now, 10 years later, I'm surprised to find how little my thinking ultimately changed. I'm still basically libertarian, if a little more willing to countenance interventionin extremis. In this, I suspect I'm roughly typical. If you leaned left on Sept. 14, 2008, then in the months that followed you blamed greedy bankers and hog-wild deregulation. And your longtime opponents were just as fervently denouncing the perverse incentives created by various government policies.

Nor has the longer view given us a substantially different perspective. Most of us remain close to our old territory, and still quite sure that we're right about what good financial management looks like. And just as certain that everyone else is deluded by some combination of ignorance, self- interest and ideological bias.

Which is, I think, why I keep being haunted by those conversations from the balmy days before Lehman fell. Because we were all certain then, too.