What it takes to be labeled a (conservative) 'hate group' 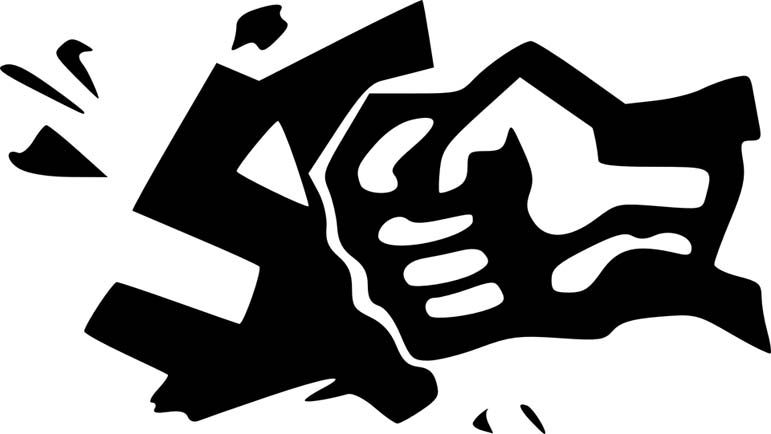 In 2010, the Southern Poverty Law Center designated the Family Research Council a "hate group" because of its orthodox position on homosexuality, and its occasionally incendiary defenses of that position.

In 2012, Floyd Corkins showed up at the Family Research Council headquarters with a gun.

Conservatives have used this to try to discredit the Southern Poverty Law Center's list of hate groups. But the sad truth is that if you criticize someone, there's always some small chance that an unstable person will read your criticism and decide its subject needs killing. The shooting is still not the fault of the writer, but the fault of the shooter.

Some of the groups named are what anyone would think of as a hate group, like the Ku Klux Klan. But other entries are a festival of guilt-by-association innuendo about people with at best a tangential relationship to the target institution, and whose statements fall well short of blanket group-calumny or calls for violence. Or the center offers bizarrely shifting rationales that suggest that the staff started with the target they wanted to deem hateful and worked backward to the analysis.

I spent a day diving down the rabbit hole of one listing for the Ruth Institute, a small nonprofit that thinks the sexual revolution was a giant mistake. The Ruth Institute does seem to have a couple of marginally attached figures who have at some point theorized an unsupported connection between homosexuality and pedophilia. But however wrongheaded and insulting this may be, by itself, it hardly merits branding the whole organization a "hate group." And a lot of the other "evidence" for this designation is fully deserving of those contemptuous quotation marks.

Let's look at how the center justified dubbing the Ruth Institute a hate group:

• One link presents its president, Jennifer Roback Morse, as having offered the "race-baiting" comment that President Barack Obama was "more gay than he is black" -- an assertion that turns out to be an out-of-context quotation of an obvious verbal slip during a radio interview. That link also asserts that the Ruth Institute "reprinted a column blasting the LGBT movement's 'mythology of grievance and sexual oppression'"; in fact, the column is on the broader topic of the sexual revolution, not just LGBT activism, and the "mythology" refers to the (true) fact that many of the landmark legal cases that paved the revolution's legal path, including Roe v. Wade and Lawrence v. Texas, were not entirely what they seemed.

• That same source claims that "the Ruth Institute even reprinted a column which attempted to link the Lawrence decision to the Penn State child sex abuse scandal" -- referring to a column about legal trends in which Lawrence is mentioned only in passing, as an example of the weakening of community moral standards as a basis for law. (Whether or not you think it was a good idea, this weakening has indisputably occurred, and the Lawrence case was a landmark exhibit.)

• The SPLC also criticizes Morse, a Catholic, for calling homosexuality "intrinsically disordered," which does sound gratuitously insulting to non-Catholics. But this is in fact a technical term in Catholic theology that also covers things heterosexuals frequently get up to. Disagree with it as you will, it is not by itself evidence of a special animus toward homosexuals.

If misspeaking in a radio interview, quoting the Vatican and promoting articles like these on your nonprofit's blog are what now earn a spot alongside the Klan on a list of hate groups, then it may be time for the Southern Poverty Law Center to close up shop, because its work is largely done.

Unfortunately the center's hate group designation remains extremely influential. Recently, a payment servicer cut off the Ruth Institute because of that "hate group" label. This piqued my interest, because I knew Morse's work on liberty and the family from long before the gay marriage debate dawned on the political horizon. I'd always found it interesting and thought-provoking, and I was surprised to see her lumped in with Holocaust deniers and white supremacists. My astonishment seems to have been well-founded.

"Hate group" is, of course, not a scientific term with a precise definition. The Southern Poverty Law Center's entries do highlight a lot of language about various groups that may not strike me as the equivalent of Klan rhetoric, but does make me uncomfortable. And who am I to say that "discomfort" is a better characterization than "hate speech"? In criticizing them, am I not committing the same sin of which I accuse the SPLC, trying to leverage my platform to curtail speech I don't like through unofficial censure?

Well, yes, the SPLC has a perfect right to decide what they mean by "hate group."

Unfortunately, it also has an incentive to apply this term broadly. When people see that the SPLC lists over 900 hate groups -- 900! -- this seems like good reason to panic. And maybe write a check to the SPLC.

Even fairly large institutions that theoretically have ample resources to investigate the SPLC's list often rely on it, to their detriment. CNN published the list under the headline "Here Are All the Hate Groups Active in Your Area," then had to alter the story upon realizing that this was effectively joining the SPLC in branding local churches and conservative nonprofits as "hate groups."

Guidestar, which rates nonprofits, added the SPLC designations to its listings, then had to make an embarrassing volte-face when conservatives called them out. Given the increasing tendency of powerful tech companies to flex their muscle against hate groups, we may see more and more institutions unwittingly turned into critics or censors, not just of Nazi propaganda, but also of fairly mainstream ideas.

That's not just a problem for the groups that will be burdened when the "hate group" label is slapped on them; it's also a problem for the rest of us. The broader the definition, the more Americans will be swept up under that label and the less sustainable it will be. If media and other institutions use the label, they will discredit themselves with conservative readers and donors. Worse, those readers and donors will be unable to reliably discern the actual hate groups that still exist.

For exist they do. They are tiny relative to the population, they are marginal, and they have little power. As political scientist Justin Murphy says, overt racism "likely appears larger than it is, especially to progressives, precisely because it has never been less common in American history," making the few die-hards stand out in sharp relief. The same is probably true of other hateful "isms." But even a handful of hate group members is too many, and it would be useful to have data on their numbers.

Instead, we're getting data that tells us little about the problem of hate groups, and a whole lot about the SPLC's agenda and fundraising.