Illegal immigrants have rights. Shaping American democracy isn't one of them 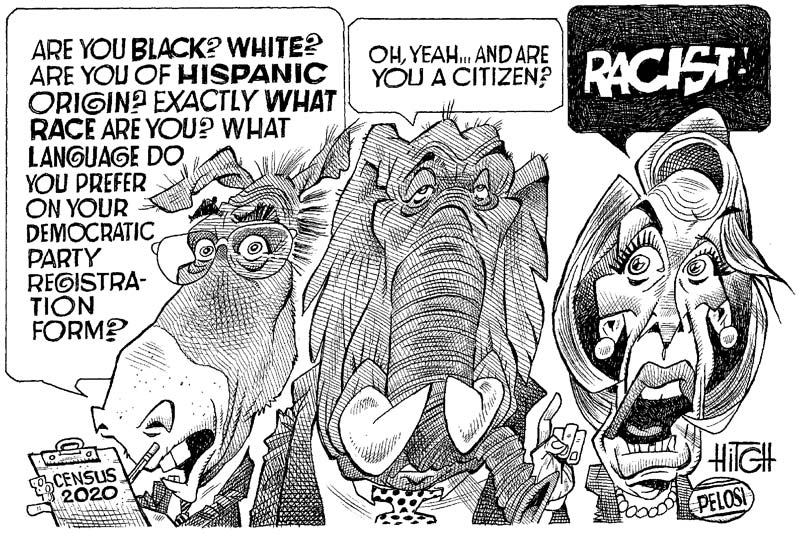 As an Alabamian, I can say we get some things wrong in my home state. But when it comes to Alabama's lawsuit against the Commerce Department regarding how the census is to be applied, Alabama is doing us all a favor. At issue is the question of whether citizenship should matter when it comes to apportioning congressional seats. The answer: It should.

Counting undocumented immigrants in the census and using that count without adjustment as the basis for defining how many representatives each state gets in Congress rewards lawbreaking and skews favorably toward large, metropolitan areas at the expense of rural ones. One can easily see where that leads as a political calculation.

As a matter of law, the Fourteenth Amendment does stipulate that the census should count "the whole number of persons in each state." But according to Alabama Attorney General Steve Marshall, "The phrase 'persons in each State' was understood at both the Founding and in the Reconstruction era to be restricted to aliens who have been lawfully admitted to the body politic constituted by the Constitution."

Should the lawlessness of those who enter the United States illegally and reside here without documentation be rewarded in proportional terms and be allowed to influence congressional representation nationwide? Alabama argues it should not.

Alabama is not asking that undocumented immigrants be excluded from the census count altogether. Instead, it is asking that they just not be considered a factor in the allocation of congressional seats.

The fact is if you break the law to be here, you are entitled to all sorts of protections, but you should not be entitled to shape the contours of our democracy. Barring any real prospect of comprehensive immigration reform in the immediate future, the big questions raised by the immigration debate will be addressed in the courts by default.

Some legal scholars say Alabama's case has no merit, but others say, "not so fast." Ensuring justice for all requires doing something about injustice. If Alabama's complaint is not fairly heard and considered, other small states will be the next to stand up and point to the fact that they are being penalized.

When it comes to how the census count should be applied, Alabama has a point.