It's hard to argue against firms looking beyond investors. But let me try 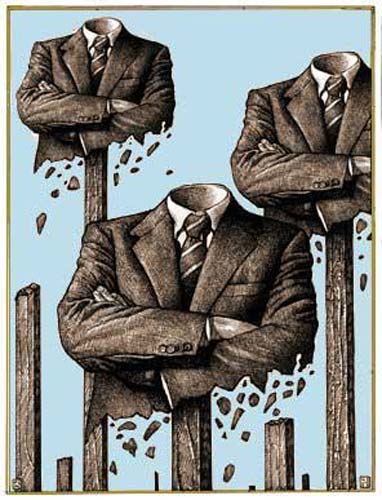 You might have seen news of the Business Roundtable's pledge, issued to much fanfare on Monday. "Each of our stakeholders is essential," said the signers, the chief executives of major public firms. "We commit to deliver value to all of them, for the future success of our companies, our communities and our country."

Perhaps you were a bit surprised, possibly quite pleased, to see executives finally taking their social responsibilities seriously and abandoning their single-minded focus on increasing shareholder value. It's hard to argue with an aspiration to serve a cause greater than mere shareholder returns.

Nonetheless, let me try. Or, rather, let me highlight the answer that Milton Friedman, the Nobel Prize-winning economist, offered in The New York Times in 1970, when corporate social responsibility was much in vogue.

"In a free-enterprise, private-property system," Friedman argued, "a corporate executive is an employe [sic] of the owners of the business. He has direct responsibility to his employers. That responsibility is to conduct the business in accordance with their desires, which generally will be to make as much money as possible while conforming to the basic rules of the society, both those embodied in law and those embodied in ethical custom."

As you can imagine, the intervening decades have seen much bitter debate about Friedman's essay and the broader topic of "shareholder" vs. "stakeholder" capitalism. The stakeholder advocates point out, correctly, that corporate behavior affects many people beyond shareholders. Why, then, should CEOs put the needs of shareholders first?

The shareholder-capitalism advocates answer by echoing Friedman: because business leaders have no right to do charity on someone else's dime.

You might admire plumbers who donate fixtures to needy families, but not if they donated the fixtures you'd purchased for your own bathroom. That is essentially what stakeholder capitalists are demanding of chief executives: Take the money and power that shareholders have entrusted to you and divert those resources to benefit someone else.

But if those steps benefit shareholders, moralistic appeals aren't necessary to justify them, nor are pledges to ensure that the CEOs follow through.

So if "stakeholder capitalism" means anything, it must mean companies doing things that make shareholders at least somewhat worse off. Maybe you're fine with that because most shareholders are relatively affluent.

But the United States already has an effective way to divert money from the affluent to the needy. It's called the progressive tax code.

Unlike corporate social responsibility efforts, the tax code actually targets the affluent, rather than anyone who happens to own shares in a company -- which, if you have a pension, or a 401(k), or a life insurance policy, includes you. Also, unlike corporate social responsibility initiatives, redistribution through the tax code is democratically accountable.

Corporate social responsibility, by contrast, can be even less accountable than good old-fashioned shareholder capitalism. Money is relatively easy to measure: Shareholders have more of it at the end of the quarter, or they don't, and either way you know how the boss is doing.

But if the chief executive pours that cash into better-upholstered offices, more-generous fringe benefits and a slew of charitable causes, who's to say whether the company's goals are being met? Probably not the shareholders, who have time to monitor their own accounts but not a bunch of altruistic micro-initiatives.

The very impossibility of rendering a conclusive judgment means that corporate altruism might even be a net loss to society. As Harvard health care economist Amitabh Chandra noted on Twitter after the Business Roundtable's announcement, "appealing to an amorphous 'social mission'" has allowed nonprofit hospitals "to foil regulators, acquire their competition, and increase market power." Beware of any proposal that might make the rest of the economy look more like the health care sector.

Society has a valid interest in curbing the negative externalities of corporate behavior, such as environmental damage, unsafe products and systemic risk-taking. But taxing pollution and regulating risk are much more effective ways to do that than extracting a CEO promise to be extra good.

We also have better ways of pursuing positive goods such as social justice -- as long as we care enough to actually put our own money and effort on the line, rather than asking CEOs to appropriate the necessary resources from anyone unlucky enough to own their company's stock.