Trump made deporting Nazi a priority 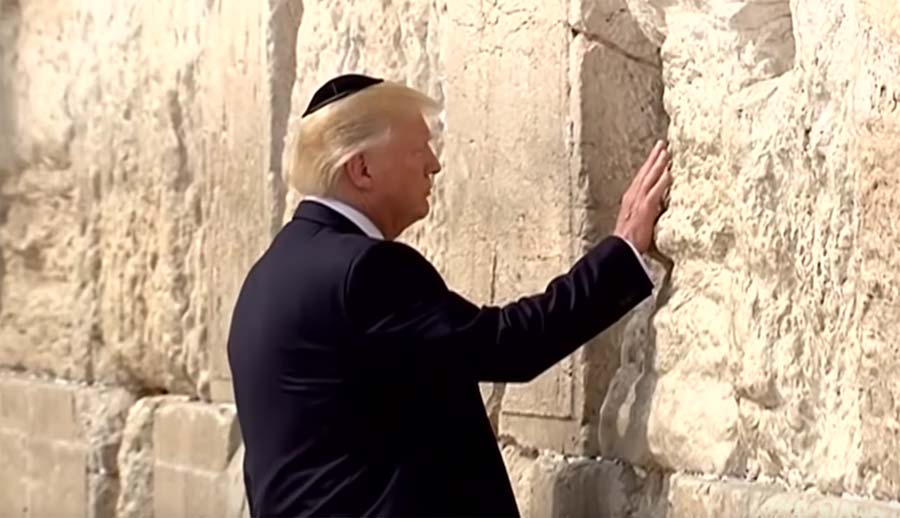 President Donald Trump's approach to immigration has been among his most polarizing stances - which is really saying something. So it's worth pausing over the story of an old man who was carried from his home in Queens, New York, on Monday, strapped to a stretcher, and deported. All to bipartisan acclaim.

Jakiw Palij, 95, will likely be the last Nazi death-camp guard expelled from the United States. Tracked down by Justice Department sleuths and confronted in 1993, Palij admitted he was not a farmer during World War II, as he had said while lying his way to U.S. citizenship. But he denied participating in the murder of Polish Jews, even as he was stripped of his citizenship and was ordered deported in 2004.

He remained so long in New York because his homeland, now in Ukraine, wouldn't take him. Nor would Germany, which has only recently shown much interest in prosecuting aging guards from the camps. New York politicians, including Senate Minority Leader Chuck Schumer, D, pressed the State Department to try harder, and activists staged regular protests outside Palij's house. Yet the years rolled by.

Then along came Trump, who finally made a priority of enforcing the deportation order. In sending Ambassador Richard Grenell to Germany, the president instructed the envoy to turn up the heat on Berlin to issue the required travel documents.

"I'm glad this man is finally being sent back," Schumer said. "He's a war criminal."

With luck, Germany will reconsider its stated intention to let the man die without standing trial, because his story is worth a hard look at a time when anti-Semitism is creeping back out of its swamps across Europe. The tale begins in 1941, when Palij was about 18 years old, a peasant boy living on the Polish-Ukrainian border.

Making what proved to be a suicidal miscalculation, Hitler ordered the invasion of the Soviet Union. The initial blitzkrieg captured Ukraine, including thousands of prisoners, among them Palij. Captives willing to collaborate with the Nazis were dubbed "Hiwis" and sent to a camp at Trawniki for special training.

What they were trained to do was enslave and murder innocent civilians, mostly Jews. The Nazis had begun in earnest their ghastly project of rounding up Europe's Jews, stealing all their possessions, exploiting them as slaves and eventually killing them. But Heinrich Himmler, head of the SS, worried that much of this work might have a demoralizing effect on his elite troops, so he staffed slave labor camps and policed ghettos with Hiwis such as Palij and the notorious John "Ivan the Terrible" Demjanjuk.

Thus branded as enemy collaborators, the Hiwis could not return home after the war. A number of them made their way to the United States as refugees, blending into the rivers of humanity displaced by the war. No one knows how many passed away peacefully, never unmasked.

By the time the feds knocked on Palij's door, they had testimony placing him among the Hiwis dispatched to do the dirty work of the Warsaw Ghetto liquidation of 1943. Some 200,000 people or more were brutalized and killed in that process. Palij denied being in Warsaw but placed himself at Trawniki, which was its own variety of hell.

In one area of that camp, Hiwis oversaw the sorting of the few final possessions looted from Jews sent to gas chambers around Poland. In another area, the Ukrainians herded slaves to and from a nearby factory - until the day in November 1943 when they were ordered to kill the slaves.

U.S. authorities believe Palij was present, in some capacity, as 6,000 Jews were lined up and shot. A few workers were spared long enough to burn the corpses on a giant grill made of railroad tracks and to dig pits for the charred remains. Then they, too, were gunned down.

Seventy-five years is too soon for Germans to forget that in living memory their country did such things. And the crimes that Germans were too squeamish to commit themselves, they compelled their prisoners to do. I don't believe guilt is inherited, but the obligation to remember is.

As for Palij, it is proper that he should pay, even at this late date, some price for his actions. Complicity in the Holocaust was never his only choice. Many Ukrainians chose to suffer in German POW camps rather than inflict suffering on others.

Viktor Frankl, an Austrian psychiatrist, was among the millions who suffered in Nazi death camps. From that experience, he concluded that the essence of human dignity lies in precisely such choices. "Everything can be taken from a man but one thing: the last of the human freedoms - to choose one's attitude in any given set of circumstances, to choose one's own way," he wrote.

It is never too late to be reminded.