When we all must live in fear of online mobs 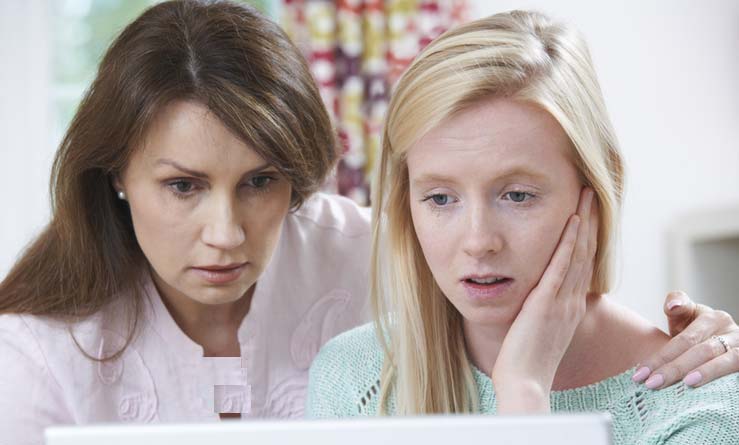 James Damore, the author of the notorious Google memo, has had his 15 minutes of fame. In six months, few of us will be able to remember his name. But Google will remember -- not the company, but the search engine. For the rest of his life, every time he meets someone new or applies for a job, the first thing they will learn about him, and probably the only thing, is that he wrote a document that caused an internet uproar.

The internet did not invent the public relations disaster, or the summary firing to make said disaster go away. What the internet changed is the scale of the disasters, and the number of people who are vulnerable to them, and the cold implacable permanence of the wreckage they leave behind.

Try to imagine the Damore story happening 20 years ago. It's nearly impossible, isn't it? Take a company of similar scope and power to Google -- Microsoft, say. Would any reporter in 1997 have cared that some Microsoft engineer she'd never heard of had written a memo his co-workers considered sexist? Probably not. It was more likely a problem for Microsoft HR, or just angry water-cooler conversations.

Even if the reporter had cared, what editor would have run the story? On an executive, absolutely -- but a random engineer who had no power over corporate policy? No one would have wasted precious, expensive column inches reporting it. And if for some reason they had, no other papers would have picked it up. Maybe the engineer would have been fired, maybe not, but he'd have gotten another job, having probably learned to be a little more careful about what he said to co-workers.

Compare to what has happened in this internet era: The memo became public, and the internet erupted against the author, quite publicly executing his economic and social prospects. I doubt Damore will ever again be employable at anything resembling his old salary and status. (Unless maybe a supporter hires him to make a political statement.)

This kind of private coercion is not entirely new, of course. Community outrage cost plenty of people their jobs or their businesses in the old days. But those were local scandals. Rarely would someone's notoriety follow them if they moved to another city.

Over time more and more people have suffered national stigma that outlasts their 15 minutes of fame. Cable news accelerated this: Think of Monica Lewinsky in 1998. The internet transformed the degree of scrutiny, the extent of its reach, and the shelf life of the scandal, so much as to make it different not just in degree, but in kind.

Whenever a new form of power arises, we need to think about how to safeguard individual liberty against it.

In the early days of Twitter, I used to say that it was a bit like I imagined living in a forager band to be: You were immersed in a constant stream of conversation from the people you knew.

Ten years later, I still think that's the right metaphor, but not in the way that I meant it then. Back then I saw Twitter as a tool for building social bonds. These days, I see it as a tool for social coercion.

We now effectively live in a forager band filled with people we don't know. It's like the world's biggest small town, replete with all the things that mid-century writers hated about small-town life: the constant gossip, the prying into your neighbor's business, the small quarrels that blow up into lifelong feuds. We've replicated all of the worst features of those communities without any of the saving graces, like the mercy that one human being naturally offers another when you're face to face and can see their suffering.

And, of course, you can't move away. There's only one internet, and we're all stuck here for the rest of our lives.

Private coercion starts looking less and less like a necessary, if sometimes regrettably deployed, tool of local community-building. Without the tempering instincts of intimate contact, without the ability to exit, it looks a lot more like brute, impersonal government coercion -- the sort that the earliest and highest U.S. laws were written to restrain.

Given the way the internet is transforming private coercion, I'm not sure we can maintain the hard, bright line that classical liberalism drew between state coercion and private versions. We may have to start talking about two kinds of problematic coercion:

• Government coercion, which is still the worst, because it is backed up with guns, but is also the most readily addressed because we have a legal framework to limit government power.

• Mass private coercion, which even if not quite as bad, still needs to have safeguards put in place to protect individual liberty. But we have no legal or social framework for those.

I find myself in more and more conversations that sound as if we're living in one of the later-stage Communist regimes. Not the ones that shot people, but the ones that discovered you didn't need to shoot dissidents, as long as you could make them pariahs -- no job, no apartment, no one willing to be seen talking to them in public.

The people I have these conversations with are terrified that something they say will inadvertently offend the self-appointed powers-that-be. They're afraid that their email will be hacked, and stray snippets will make them the next one in the internet stocks. They're worried that some opinion they hold now will unexpectedly be declared anathema, forcing them to issue a humiliating public recantation, or risk losing their friends and their livelihood.

Social media mobs are not, of course, as pervasive and terrifying as the Communist Party spies. But the Soviet Union is no more, and the mobs are very much with us, so it's their power we need to think about.

That power keeps growing, as does the number of subjects they want to declare off-limits to discussion. And unless it is checked, where does it lead? To something depressingly like the old Communist states: a place where your true opinions about anything more important than tea cozies are only ever aired to a tiny circle of highly trusted friends; where all statements made to or by the people outside that circle are assumed by everyone to be lies; where almost every conversation is a guessing game that both sides lose.

It is one element of Margaret Atwood's "A Handmaid's Tale" that does resonate today: Any two acquaintances must remain so mutually suspicious that every day, they can discuss only the pleasant weather and their common fealty to the regime.

It's some comfort that the social media mobs don't have guns. But that raises the most troubling question of all: how to disarm them.