As a woman in tech, I saw these are not my people 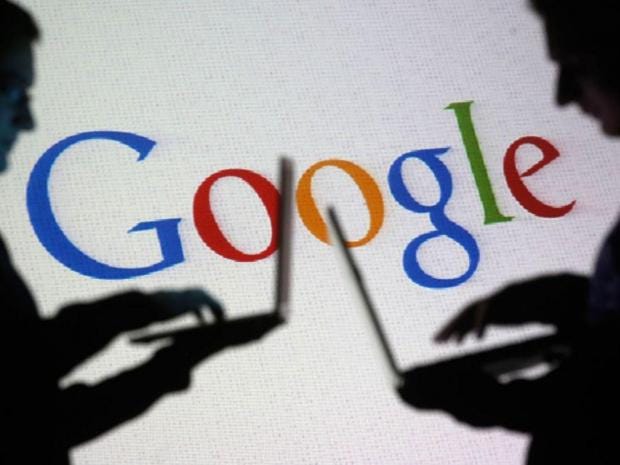 Have you heard about the Google memo? Have you heard nothing but "Google memo" all week? James Damore, an engineer at Google, wrote a memo suggesting that maybe there weren't so many women at Google because women are less interested in sitting around and staring at code all day. The internet erupted. James Damore is no longer working at Google.

As a woman working in the brotastic atmosphere of IT, I ultimately came to a conclusion similar to his. So I sympathize with him. Let me explain.

Until the age of 26, I was employed as a technology consultant by a small firm that served the financial industry. I built servers and workstations, mostly for banks, and in a happy foreshadowing of my future writing for Bloomberg View, I installed some of the first PC-based Bloomberg terminals for a Japanese firm's office in New York.

Finance back then was heavily male, as it is now. And technology, the same. At the intersection of the two â€¦ well, I can count on one hand all the women I worked with directly during almost four years of consulting.

It was very male-centric. I heard about client outings, involving strippers, to which I was obviously not invited. And the sexual harassment (entirely from clients, not colleagues), could be spectacular.

Which has nothing to do with why I left. This will make me sound a bit dim, but at the time, it never occurred to me that being a female in this bro ecosystem might impinge my ultimate career prospects. Nor did I miss having women in the room. I liked working with the bros just fine. And the sexual harassment, while annoying, was just that: annoying. I cannot recall that it ever affected my work, nor that I lost any sleep over it.

No, the reason I left is that I came into work one Monday morning and joined the guys at our work table, and one of them said "What did you do this weekend?"

I was in the throes of a brief, doomed romance. I had attended a concert that Saturday night. I answered the question with an account of both. The guys stared blankly. Then silence. Then one of them said: "I built a fiber-channel network in my basement," and our co-workers fell all over themselves asking him to describe every step in loving detail.

So I went to business school, and eventually I landed myself in the kind of career that I was happy to do on weekends, and nights, and most of my other time -- a career that I did, in fact, do for free for five years before anyone offered to pay me for it. My field, policy journalism, is also predominantly male. But it's less male, and it suits me better.

Those facts may be related. Thinking back to those women I knew in IT, I can't imagine any of them would have spent a weekend building a fiber-channel network in her basement.

I'm not saying such women don't exist; I know they do. I'm just saying that if they exist in equal numbers to the men, it's odd that I met so very many men like that, and not even one woman like that, in a job where all the women around me were obviously pretty comfortable with computers. We can't blame it on residual sexism that prevented women from ever getting into the field; the number of women working with computers has actually gone down over time. And I find it hard to blame it on current sexism. No one told that guy to go home and build a fiber-channel network in his basement; no one told me I couldn't. It's just that I would never in a million years have chosen to waste a weekend that way.

The higher you get up the ladder, the more important those preferences become. Anyone of reasonable intelligence can be coached to sit at a help desk and talk users through basic problems. Most smart people can be taught to build a basic workstation and hook it up to a server. But the more complicated the problems get, the more knowledge and skill they require, and the people who acquire that sort of expertise are the ones who are most passionately interested in those sorts of problems. A company like Google, which turns down many more applicants than it hires, is going to select heavily for that sort of passion. If more men have it than women, the workforce will be mostly men.

Personal experience is a poor substitute for data, but as tech expert Scott Alexander writes, the data in this case bolster the personal experience. Women seem to have less affinity for mechanical things than men, a preference that shows up even in extremely young children. These preferences show up across cultures, and indeed, the less sexist a society is overall, the more you seem to see women splitting off into fields that emphasize people, and words, and caring. These are averages, not prophecies about individuals. But the average is what you have to look at when you're asking a question like "Why doesn't Google have more female engineers?"

James Damore should probably have used fewer words with high negative emotional indices, when more neutral ones were available. But he was basically making the same point that I am: that women seem to have less interest in working with inanimate objects, and that ignoring this is going to lead to a lot of useless or even counterproductive diversity initiatives.

So why did the internet react as if he'd imperiously told women to get back in the kitchen where they belong? Why did his company fire him?

Well, for one thing, the next time the company gets sued for sexism, that memo is going to be Exhibit A. Firing him makes that less of a problem for the company's lawyers. You can also argue that it will be impossible for him to work with the female colleagues whom he has richly angered. But of course, these are problems mostly because people decided that these sorts of arguments are beyond the pale. And given that his empirical claims seem to be the consensus of most of the scientists who study the matter, you have to ask why people decided that.

Well, Damore's analysis leans very heavily on the biological explanations, and as persuasive as I find them, I also know that the story is more complicated than that. Sexism is a process, not a level. I think it's probably true that my firm was mostly male because mostly men were interested in doing that kind of work at that level. But as my story also suggests, when a field is mostly guys, it's going to feel less than perfectly comfortable for women unless some pretty heroic efforts are made to counteract all that free-floating testosterone. That may retard both women's career prospects and their interest in joining that field in the first place.

So even if the disparities don't start off as discrimination, you can still end up with an environment in which women who could be great engineers decide they'd rather do something else. A "natural" split of, say, 65-35 could evolve into a much more lopsided environment that feels downright unfriendly to a lot of women. And the women who have stuck around anyway are apt to get very mad indeed when they hear something that seems to suggest they're not experiencing what they quite obviously are.

And yet, you still have to ask whether shamestorming Damore and getting him sacked was really the best way to convince him -- or anyone else -- that he's mistaken. Did anyone's understanding of the complex quandaries of gender diversity advance? If there were guys at Google wondering whether the women around them really deserved their jobs, did anyone wake up the morning after Damore's firing with the revelation: "Good God, how could I have been so blind?" No, I suspect those guys are now thinking: "You see? Women can't handle math or logic."

The mob reaction did prove that women indeed have some power in tech. But the power to fire people is not why most people get into engineering. Good engineers want to make things. The conversation around Damore's memo hasn't made the world a better place, as they say in Silicon Valley. It has just made a lot of people angry.