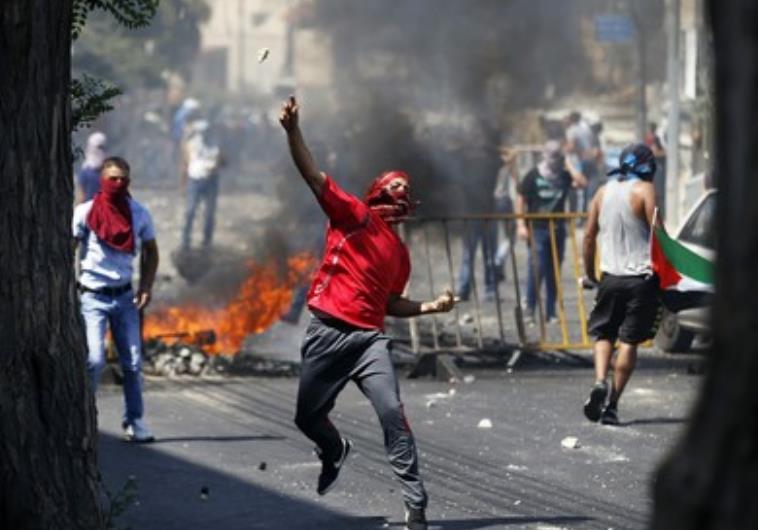 In a surprise move last month, Hamas announced it will be participating in the Palestinian municipal elections in October. The Palestinian Authority’s Fatah leadership greeted Hamas’s announcement with deep and understandable anxiety. Hamas is expected to win control over a significant number, perhaps even a majority of municipal and local governments in Judea and Samaria.

According to Fishman, in recent weeks Defense Minister Avigdor Liberman has held a series of senior-level discussions, initially convened to discuss long-term Israeli strategic options in Judea and Samaria. Due to the IDF’s concerns over the elections, those discussions quickly devolved into a more limited discussion of how to prevent a Hamas electoral victory.

Fishman reported that the top generals have convinced Liberman, who until now supported octogenarian Abbas’s swift retirement, that “it is Israel’s interest not only for Abu Mazen [Abbas] to remain in power, but to empower him still further.”

To this end, according to Fishman, Liberman has agreed to adopt a plan prepared by the Coordinator of Government Activities in the Territories (COGAT), for Israel to transfer the Civil Administration’s planning and zoning authority in Area C to the PA. The plan also involves retroactively authorizing tens of thousands of Palestinian structures built illegally in Area C and authorizing the construction of a new Palestinian urban center in Area C.

Area C, it should be recalled, constitutes some 60 percent of Judea and Samaria. It has a negligible Palestinian population. All of the Israeli communities are located in Area C. The IDF holds sole security control over the area.

Area C is the only area where the Civil Administration retains governing functions. Areas A and B, where all the major Palestinian population centers are located, have been autonomously governed by the PA for 20 years.

The IDF’s plan is startling on several levels.

Since the earliest years of the Oslo peace process with the PLO, retaining Israeli control over planning and zoning powers in Area C has been a central goal of Israeli policy. Israel’s retention of these powers has enabled the IDF to retain security control over Area C and so defend not only the Israeli communities in Judea and Samaria, which are all located in Area C, but to defend Tel Aviv, Jerusalem and the rest of Israel’s major urban centers as well.

Why would the IDF recommend conceding these strategic interests just as Hamas is poised to gain significant power in Judea and Samaria? Even more to the point, what is the basis of the IDF’s assessment that by conceding these strategic assets Israel will enhance – let along guarantee – Fatah’s chances of winning in October? For the past 16 years, Israeli concessions have only served to make the Palestinians more contemptuous and hateful toward us.

Consider the case of the Gaza withdrawal. That operation, undertaken 11 years ago this week, was the largest single strategic concession Israel has made to the Palestinians in the past 23 years.

The Palestinians responded to Israel’s forcible expulsion of 10,000 of its citizens, the destruction of their communities and the withdrawal of all its security forces from Gaza by destroying the greenhouses Israel had given them free of charge and torching the synagogues it left behind.

Then five months later, they elected Hamas to lead them.

The actual harm that a Hamas electoral triumph will cause Israel is also completely unrelated to the IDF’s recommended course of action. If Hamas rises to power in various local governments in Judea and Samaria, the change will harm Israel in two ways.

First, in municipalities dominated by Hamas, we can expect for Fatah security forces to stop their anti-Hamas operations. This change will require the IDF to increase the tempo of its counterterror operations.

How will this be facilitated by giving up control over land policy in Area C? Second, with Hamas rising in power in the PA’s bureaucracy, we can expect for the PA to increase the amount of money it transfers monthly to the Hamas regime in Gaza.

To mitigate the damage, Israel will need to aggressively target foreign governmental and NGO funding to the PA in accordance with binding international and domestic terrorism financing statutes.

Here too, Israel’s task has nothing whatsoever to do with permitting the PA to conduct building projects on a massive scale in Area C.

Finally, even disregarding the fact that the IDF’s plan has no relationship whatsoever to the expected consequences of a Hamas electoral victory, it is hard to understand the intrinsic logic of the idea.

Is the IDF suggesting that Israel will give planning and zoning powers to a Hamas dominated PA in Area C? Or is it suggesting that the concession would be contingent on a Fatah victory? If the latter is the case, why do the generals believe that the Palestinians whose hatred for Israel is endemic, will be more likely to vote for Fatah because Israel is tipping the scales in Fatah’s favor? The practical irrelevance and strategic irrationality of the army’s recommended course of action make it hard to avoid the conclusion that the generals went into their meetings with Liberman with the goal of preventing him from developing a relevant strategy for contending with the elections specifically and the Palestinians in general.

Fishman implied that this was the case when he noted that COGAT has been lobbying for two years to give up planning and zoning powers and legalize tens of thousands of illegal Palestinian structures in Area C.

It is no secret that the IDF General Staff continues to support the strategic goal of Israeli withdrawal from Judea and Samaria either in the framework of a peace deal with the PLO, or if necessary with no deal. So it makes sense that they use every perceived crisis as a means to advance this goal, even though both the two-state policy and the unilateral withdrawal policy failed completely years ago.

The main objective motivation for the IDF’s arguably insubordinate behavior is the generals’ desire to avoid dealing with Israel’s demographic challenge. This is a challenge Israel has worked to avoid facing since it ended Jordanian occupation of Judea and Samaria in 1967.

Israelis worry that adding the Palestinians to the population registry will destroy that three quarters majority. If that happens, so the thinking goes, Israel will lose its international legitimacy on the one hand, and end the Zionist dream of Jewish sovereignty on the other.

This state of affairs indicates that there is no direct correlation, and there may indeed be an indirect correlation between Israel’s international status and its willingness to make territorial concessions to the Palestinians. Consequently, Israel should not take the issue of international legitimacy into account in its strategic discussions of its long-term policy goals in Judea and Samaria.

As for our genuine domestic concerns, the truth is that if adding the Palestinians of Judea and Samaria to Israel’s population registry as permanent residents or citizens destroys Israel’s Jewish majority, then we will need to suffice with something less than complete sovereignty over Judea and Samaria.

The problem with determining how to proceed is that we simply don’t know what will happen.

We have no idea how many Palestinians live in Judea and Samaria. All we have are competing unofficial estimations of that number.

The Left ascribes to the demographic doomsday scenario. Based entirely on PA population data, the Left insists that Jews will cease to be the majority west of the Jordan River almost immediately if we aren’t already the minority.

Consequently, leftists charge that anyone who recognizes that the two-state formula and the unilateral withdrawal option have failed is the moral equivalent of an anti-Zionist.

Based on the AIRDG’s data, and on the fact that Israel’s fertility rates are higher than Palestinian fertility rates in Judea and Samaria, and that Jewish immigration rates to Israel are rising steeply while Palestinian emigration rates remain high, the Right has concluded that far from being a threat, demographics are a strategic asset for Israel.

Unfortunately, none of this is the least helpful to Liberman, or anyone else, frankly. So long as we don’t have official, accepted Israeli data on the size of the Palestinian population, we cannot have a real debate about our strategic options going forward.

And as Liberman insists, we need such a debate.

We need to conduct a reassessment of our relations with the Palestinians in Judea and Samaria regardless of the results of the municipal elections.

To this end, Prime Minister Benjamin Netanyahu should appoint a team to find out just how many Palestinians there are, and, no, Israel won’t need to send census workers to knock on doors in Ramallah or Jenin to accomplish this goal. We won’t even need to rely on PA data.

All we need to determine the size of the Palestinian population in Judea and Samaria is a team of researchers capable of analyzing aerial photographs of Judea and Samaria, of interpreting Palestinian electricity and water usage data, and of collecting emigration data from the crossing points to Jordan and from Ben Gurion Airport.

To minimize the danger that the data will be politicized, Netanyahu should appoint representatives of the warring demographic factions to the study group where they will be joined by analysts from the National Security Council.

There are no magic solutions to our problems with the Palestinians. But there are options other than repeating let alone expanding on failed policies.

To develop these options, Israel needs to know the dimensions of the demographic threat.