The only diplomatic way forward with North Korea 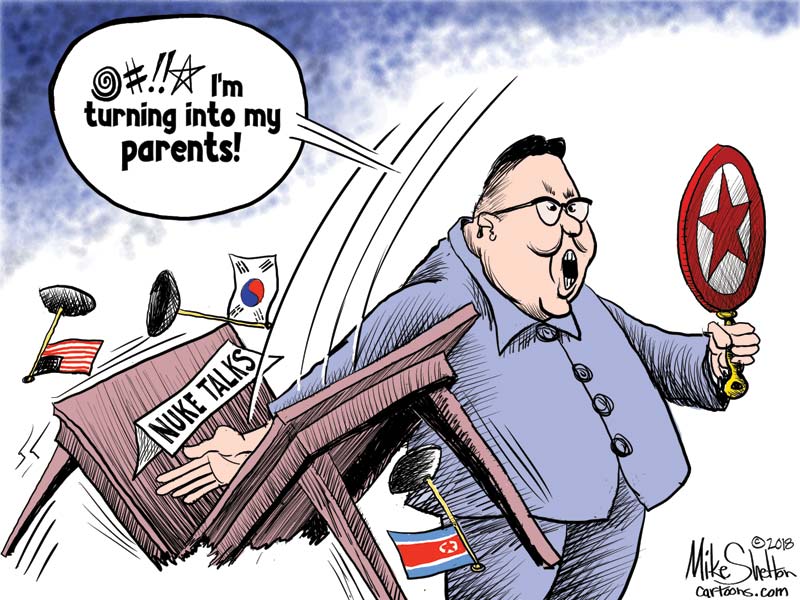 The United States and North Korea are resuming negotiations in the wake of President Donald Trump's impromptu meeting with North Korean leader Kim Jong Un last weekend. The fight over North Korea policy within the Trump administration is reviving, too.

In fact, though, the underlying dynamics are not new. What we're seeing now is a return to the idea of a step-by-step approach, known as the "small deal," which is the only diplomatic path with any chance of success.

We know that the Trump administration, led on this issue by Secretary of State Mike Pompeo and special representative Stephen Biegun, is now returning to an incremental and phased approach to persuading North Korea to give up its nuclear weapons.

Primarily, we know this because Kim rejected Trump's offer for the "big deal" - complete denuclearization in return for economic normalization - at their summit in Hanoi in February. There's no sign Kim will accept that now. The logical consequence is that negotiations will focus on agreeing to something short of that, as an interim step.

We also know this because Biegun said so on the plane ride back from South Korea in off-the-record remarks reported Wednesday by Axios. Biegun said that "in the abstract we have no interest in sanctions relief before denuclearization," but there are "things we can do in the meantime,"such as providing humanitarian aid and upgrading diplomatic ties, if North Korea shows some action toward denuclearization, according to notes that sources provided to Axios.

"Let's say they give us 20 nuclear weapons," the notes quoted Biegun as saying. "What can we get? I'm confident that I'd go to the secretary and he'd go to the president and he would consider that. What we want to do is take pieces off the board."

Biegun said the administration wanted a "complete freeze" of North Korea's nuclear and other weapons of mass destruction programs during negotiations, according to the notes. But that's a long-standing request, and Biegun emphasized that would not be enough for the United States to relieve sanctions on Pyongyang.

Many misinterpreted a New York Times storySunday to mean the policy had changed and administration officials were now considering a freeze of North Korean nuclear programs as an end goal.

Although the article explained this would be a "significant - but limited - first step," the headline (which claimed that the United States "may settle for a nuclear freeze by North Korea") led others to conclude the Trump administration was abandoning the objective of total denuclearization. Trump fueled that speculation by failing to mention denuclearization publicly during his visit to the demilitarized zone.

The article also kicked off a new round of infighting over the policy. National security adviser John Bolton tweeted on his way back from Mongolia that neither he nor anyone else on the National Security Council staff had discussed a desire to "settle for a nuclear freeze" by North Korea. He accused the leakers of trying to "box in" Trump, in a thinly veiled reference to the State Department.

Bolton's tweet wasn't meant to confirm or deny the Times story, just to say the NSC wasn't part of it. For Bolton, it's still big deal or bust. Also, Bolton was signaling that Trump hasn't endorsed the small-deal approach, which is true. But Trump said he's open to the idea after his meeting in April with South Korean President Moon Jae-in.

But it's no secret - and it's certainly not news - that Biegun's team is working on an interim step. That's what he was working on just days before the Hanoi summit. Pompeo has talked publicly about leaving room to give Pyongyang some concessions if there is "substantial progress" in the diplomacy. The catch is that North Korea has offered unacceptable terms so far.

Can Pompeo and Biegun, working with new North Korean negotiators (from Pyongyang's foreign ministry this time), find an interim deal that makes our country safer without giving up too much leverage? That's exactly what the negotiations will be about. It would be irresponsible to block them from exploring what's possible.

The downsides of the phased approach are also well known - because it has been tried before. As happened in the Clinton administration, a freeze can lead to a stalemate, North Korean cheating and ultimately a collapse of the interim agreement. Also, if there's no next phase, North Korea keeps its nuclear weapons for the foreseeable future.

"It's always been the argument that if you go in phases, they will still have nuclear weapons, but you can't do it any other way," said former nuclear negotiator Joel Wit. "And going in phases can be a good thing because it allows you to check their performance each step of the way."

Of course, there's always the risk that Trump could end up taking the small deal and pretending it's a big victory. And as far as our own intelligence community is concerned, Kim has no intention of fully denuclearizing anyway, so a small deal might be all we can get.

But if it's really all at once or nothing, the result will be a quick end to the diplomacy and a return to the policy of maximum pressure, high tensions, heated rhetoric and potential conflict. If the negotiations fail, that's where we will end up anyway.

The chances are slim that Pompeo and Biegun can get a small deal good enough for Trump to publicly defend, but they should be allowed to try.