The Mueller bombshell that wasn't 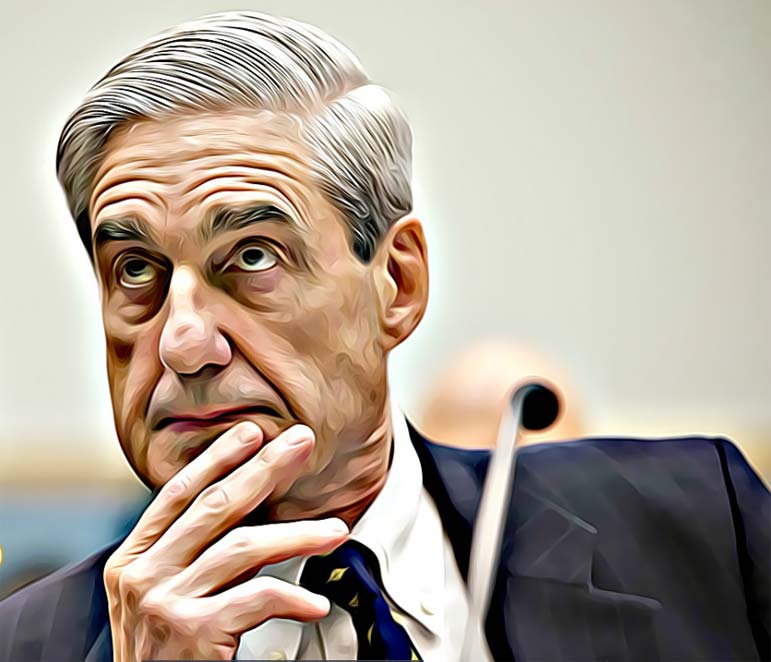 In all likelihood, this will be the last we hear from Mueller. To put it as gently as possible, he came across as an imprecise figurehead but not a hard-nosed prosecutor. Many are saying he struggled through the hearings; to say more would be piling on. Republicans did not get any answers from Mueller on the ongoing investigation into the origins of the Russia probe, and Democrats showed they are increasingly desperate and frustrated with the failure of years of investigations to gain much traction.

Maybe the case for impeachment based on obstruction got a little more clarity. There is a plausible case to be made for following that course. Whether it is wise to do so is a different story.

Certainly, there is a little more energy behind impeachment after Wednesday than there was before. When one considers the futility of the impeachment exercise in the House, the political consequences and the fact that the majority of the American people are against impeachment, maybe Mueller's performance helped House Speaker Nancy Pelosi, D-Calif., more than anyone else.

Even when it seemed strained and awkward, Mueller stuck to his 448-page report, repeatedly referring questions to it. Practically no new information came out of the hearings, but both Democrats and Republicans also stuck to their scripts. In statements posing as questions, Democrats sought to highlight each instance of possible obstruction in Mueller's report.

And in the same vein, Republicans - for the most part - reminded that neither collusion nor conspiracy between the Trump campaign and the Russians were found to have occurred. A few went off the rails and tried to impugn Mueller's, or his team's, motives.

Everyone who participated in the hearings went in with his or her mind made up. Hearings such as these are often really performance art - and any show needs a critic. While Mueller's performance will be the lasting memory of the hearings, here is a look at some good and not-so-good performances from Democrats and Republicans:

Best Democrat: Pramila Jayapal of Washington. She was clear, composed and relatively non-leading in her questioning, which had the specific point of making the case for obstruction. Of all her colleagues, she was perhaps the most "just the facts" in her approach.

Worst Democrat: Eric Swalwell of California. He asked Mueller to sign a letter by prosecutors saying Trump would be charged if he were not president. It was a cheap and not particularly imaginative gimmick. Typical for Swalwell, his performance was both light and predictable.

Best Republican: John Ratcliffe of Texas. He raised an original question about whether the special counsel had in fact fulfilled his mandate when it came to recommending to prosecute or decline prosecution. More than a handful of Americans probably wondered about the same thing.

Worst Republican: Guy Reschenthaler of Pennsylvania. He hammed it up big time, promoted his own judge advocate general (JAG) experience - who cares? - while heaping shade a little gratuitously on Mueller. Reschenthaler was not alone in doing this; he was just the most clumsily self-serving.

During the House Judiciary Committee's hearing, neither the committee chair, Jerrold Nadler, D-N.Y., nor ranking Republican Douglas Collins of Georgia particularly distinguished themselves. Both pretty much set broad guidelines for their respective members, but neither said anything memorable.

With lower stakes and less relevance, Mueller's testimony before the House Intelligence Committee in the afternoon was really just an echo of the morning's event. Chairman Adam Schiff, D-Calif., who should be among the most chastened men in America based on how things have turned out, tried to look less wild-eyed than usual.

But there were pointed comments such as when Rep. Michael Turner, R-Ohio, had some fun noting how no one in the Justice Department has statutory authority to exonerate anyone. And Swalwell, in his sequel appearance, tried to appear a little more substantial than he had in the morning - to little effect.

So, what was billed as a media event that would be a bombshell ultimately ended up being just another day on Capitol Hill. In politics, bad gets worse, and by the time the Sunday shows come around, Mueller's halting performance will be all but inconsequential.