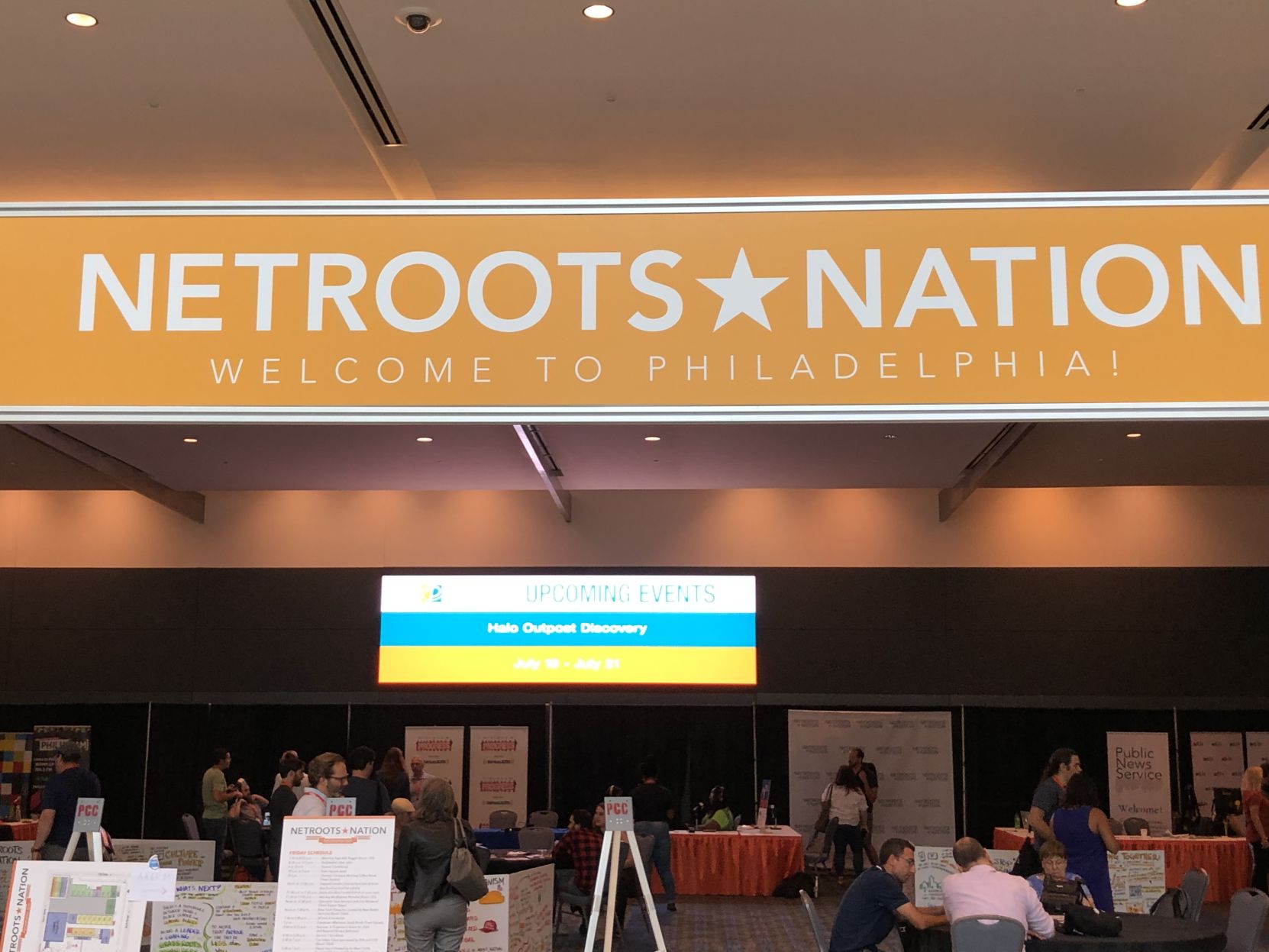 The radical fringe of the left came to Philadelphia last weekend for the annual Netroots Nation conference. It was extremist enough that only four Democrat presidential contenders dared to show their face there. By contrast, more than 10 came to Rev. Al Sharpton's National Action Network convention in April.

Here's how kooky the Netroots conference was. The organizers created compassionate confusion with "All Gender Restrooms" offered for attendees. At one point, abortion advocates carved up a watermelon to illustrate how they would remove "pregnancy tissue." They described extracting "a wee little watermelon fetus."

If ever there were an event that was ripe for parody, this was it. Yet you didn't hear any negative coverage of it on the broadcast networks. ABC, CBS, NBC and PBS ignored it, while others worked to make these watermelon-aborting fanatics look as normal as they could.

On taxpayer-subsidized National Public Radio, reporter Asma Khalid offered two gentle reports on how the "progressives" weren't pleased at the low turnout of presidential candidates. She interviewed an activist from New York who trashed Joe Biden as being too moderate, saying: "Why is he so popular? I have no idea. He's like a corporate Democrat from Delaware, which is, like, the corporate headquarters of everything."


CNN sent reporter Miguel Marquez, but he repeated their spin like a publicist: "Progressives here at Netroots Nation believe they can beat President Trump no matter who is nominated." He touted the attendance estimates, saying that "3,600 activists expect to descend upon the annual conference, the largest ever, according to organizers. Progressive momentum picking up steam."

Following up, CNN host Kate Bolduan offered one skeptical note about the event to Waleed Shahid of the fringy Justice Democrats. While Marquez touted progressive "enthusiasm," she cautioned, "you can harness that and win a primary. You can't win a general election with just support from liberals. When you see candidates moving further left to capture that support and win that over, do you see a risk in that?" Shahid said no, that Hillary Clinton lost because the left wing wasn't enthusiastic enough.

Electing Donald Trump was a "moral 9/11," said the left, but its voters couldn't turn out?

Only The Washington Post found a controversial statement from the confab. It led off a story in the July 14 paper saying, "An all-out racially charged fight within the House Democratic Caucus escalated Saturday when an African American freshman lawmaker said the party doesn't need 'any more black faces that don't want to be a black voice.'"

They're not really interested in playing up left-versus-far-left tensions inside the Democratic Party. That's not "helpful." They also don't want to underline the Democrats who are completely disqualifying themselves on illegal immigration and other issues.

Instead, when President Trump uncorked some hot-take weekend tweets about how progressive Democrat congresswomen hate America, that was a four-alarm fire of a story. Even then, there was no time for context about what Pressley & Co. said that spurred Trump's response. The only narrative they cared to push was how the president is "racist."

This is how the 2020 campaign is going to unfold. Donald Trump's statements will be subject to withering attacks hourly — He's hateful! He's corrupt! He's inept! Meanwhile, the Democrats and their "Nutroots" base will be carefully curated to look as reasonable and ready to govern as you could possibly imagine.