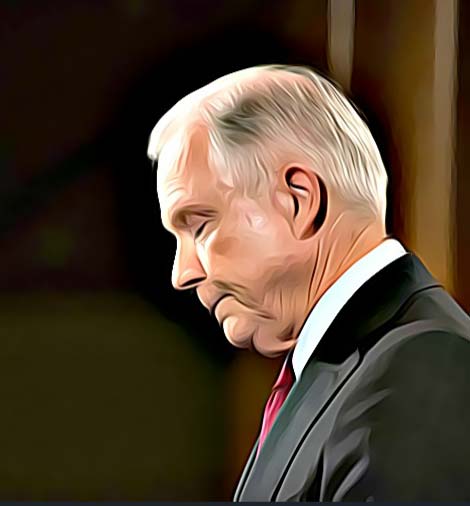 If Jeff Sessions is going to stick around for a while as attorney general, maybe he should take a long weekend at the beach with some of our country's founding documents.

Sessions announced that he will reverse an Obama-era decision to ease off on civil asset forfeiture. In this dark corner of the justice system, law enforcement is allowed to seize citizens' assets on the grounds that they are connected to criminal activity.

Now, this may not seem unreasonable to you. Why should criminals be allowed to keep their ill-gotten gains? And fair enough, except for one small thing: They can take your stuff without charging or convicting you.

Law enforcement agencies have often been able to keep the seized assets for their own use, which has given them a keen interest in generating new civil asset forfeiture cases. As Justice Clarence Thomas remarked, while rebuking his colleagues for failing to hear a case on this topic, "this system -- where police can seize property with limited judicial oversight and retain it for their own use -- has led to egregious and well-chronicled abuses." (And indeed, abuse is rampant.)

Because of those well-chronicled abuses, the Obama administration in 2015 ended what was known as the Equitable Sharing program, which allowed local law enforcement to seize assets and then transfer them to the federal government, with the federal government passing back part of the proceeds to the local department. This proved an excellent way to get around state laws, including those intended to funnel seized assets into state coffers. The Obama administration very sensibly decided that it didn't want to help law enforcement become a sort of freelance tax authority, and shut this practice down.

Now Sessions has revived it. "How is this conservative?" demanded an earnest liberal of my acquaintance. And all I could reply was that that is a very good question.

Civil asset forfeiture is, after all, just a big-government redistribution program. It is almost the literal embodiment of that hoary old socialist proverb: "Property is theft."

The government's seizure becomes no more lovely because assets are seized from citizens by the police rather than by the IRS. At least the IRS has well-defined rules that apply to everyone. Asset forfeiture is both arbitrary and regressive: arbitrary, because it depends on the whim of the police and the judges who enable them, and regressive, because the assets tend to be seized from the most vulnerable among us, the people who can't afford expensive lawyers to fight an unjust seizure.

Why on earth would Sessions revive this program? Why, indeed, did it ever exist in the first place?

As with so many unfortunate aspects of our criminal justice system, the answer is "the war on drugs." Civil asset forfeiture did not originate there. It was used by the government as far back as 1789. But it seems to have been a fairly minor practice until 1978, when Congress authorized the seizure of money connected to the drug trade, a practice that was expanded to real property in 1984.

Let us try to be fair to that Congress, and to Sessions: The people who passed those laws were trying to attack a real problem. Drugs are in some ways a unique market good. Unlike alcohol, they take up little space, meaning that they are astonishingly easy to smuggle. Unlike diamonds, every dose you sell generates continuing demand for more of your product. That demand means that the price per gram of the product is extremely high. So the drug trade threw off wads of cash that was used to corrupt local police and make it easier to smuggle more drugs. It also had the nasty side effect of Hobbesian wars of all-against-all on the streets of many of our cities.

Lawmakers hoped that by cutting off the flow of money, they could snap this vicious cycle. Sadly it didn't work out that way. The war on drugs, and the drugs, are still very much with us. Meanwhile civil asset forfeiture seems to have had a dangerous intoxicating effect on some corners of law enforcement. Like narcotics, the money from asset seizures temporarily made other problems seem to go away -- and made the user rather desperate to score their next hit.

The result is an egregious abuse of property rights, which conservatives are supposed to hold dear. I'm not saying that all forfeitures are abusive, but I am saying that this practice has too much scope for abuse to be allowed to continue. There is a reason that we do not allow people to be convicted of a crime unless a jury can be convinced "beyond a reasonable doubt," even though we know that this means some criminals will get to walk free. Republicans of all people should understand that this standard should be just as binding in the case of property -- because if the police can seize your property at will, then you live in fear, even if they never come knocking at your particular door.

So why is Sessions endorsing this? The best explanation probably comes from Arnold Kling's "Three Axes" model of politics. Conservatives, liberals and libertarians, he argues, each think of issues as falling on a different spectrum between good and bad. Liberals think of issues in terms of oppressors and the oppressed. Libertarians think of them as a conflict between liberty and coercion. And conservatives view the world as "barbarians vs. civilization." This is why the groups frequently talk past each other as they argue about controversial topics: liberals, for example, tend to see rioting students as "the oppressed," while conservatives see disorder that puts them on the side of the barbarians.

Kling's model tells us a lot about our moment, and what Sessions might be thinking. In the fusionist libertarian/conservative coalition that came together under Ronald Reagan, the conservative and the libertarian axis became somewhat blurred together, in part because on so many issues, like the welfare state and activist-driven regulation, they tended to deliver the same answers.

But those axes are no longer in alignment. Trump has coalesced around himself the people who are most interested in order, leaving the people who are focused on freedom and coercion somewhat unmoored. There's a place for that conservative thought: Crime is the ultimate barbarian force, attacking the gentle roots of our civilized order. It's easy to see why people conclude that if criminals are bad, then things which attack criminals must be good.

But the Founding Fathers were not unaware that bad people would sometimes get away if prosecutors had a high burden of proof to meet. They were not unaware that some of those people would go on to do further bad things. What they understood, and Sessions apparently does not, is that there are even worse things than crime, and one of them is a government that is allowed to steal our liberty like a thief in the night.