There's a miraculous chance to cure cancer; but . . . 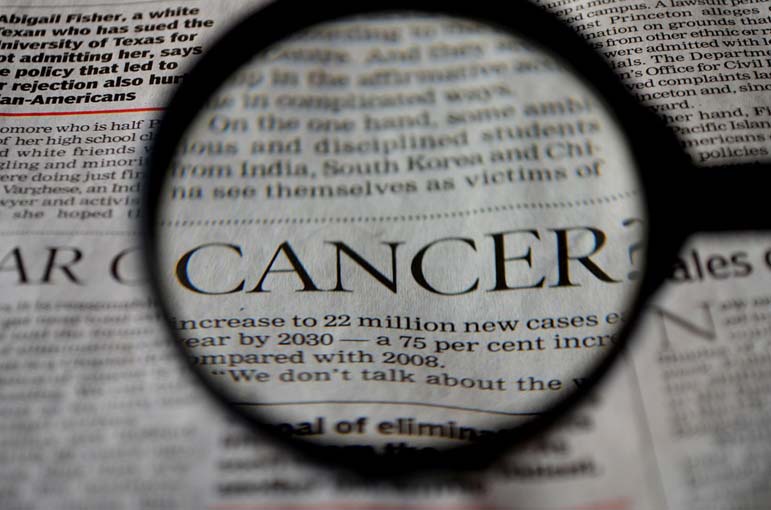 In 1971, when Richard M. Nixon declared war on cancer, "conquering this dread disease" must have seemed like an ambitious but reasonable goal. Within his lifetime, man had split the atom and walked on the moon; now it was time to turn our wealth and our growing knowledge inward, to expand our control over our bodies.

But 40 years later, we were still pinned down by a wily enemy, advancing by millimeters through hostile terrain. In 1975, the U.S. mortality rate for all cancers stood at 199 per 100,000 people. In 2015, after decades of money and human effort had been poured into research, that figure stood at 159.

But it's no longer unreasonable to hope that the battle might finally turn our way, thanks to therapies based on the patient's own immune system. Drugs such as Opdivo and Yervoy can weaken restraints on our immune cells that prevent them from attacking our bodies (or, unfortunately, our tumors).

And a technique known as CAR T-cell therapy lets scientists modify those cells and release them back into the body to hunt down cancer cells. Some of the results achieved with these new weapons look positively miraculous.

These miracles have so far largely been confined to relatively rare cancers with lots of mutations. The techniques haven't been as effective against the cancers that start in the epithelial cells lining organs, which account for the overwhelming majority of deaths. Until now, that is.

A team led by Steven Rosenberg at the National Cancer Institute is working on a new method: sequencing the genes in the patient's tumor, then finding immune cells that are already primed to look for the tumor's unique mutations.

These are grown in a lab, and then infused back into the patient's body in massive numbers. A new paper reports that adoptive cell therapy has kept a 52-year-old Florida woman named Judy Perkins, who had advanced metastatic breast cancer, completely free of the disease for 2 1/2 years. Earlier papers reported equally striking recoveries in patients with colon and liver cancer.

Miraculous? Yes. A cure for cancer? Not quite.

As with other immunotherapies, not all patients have responded to treatment; in this case, it's only about 15 percent. And because it's a small study, where one or two outliers can skew results either way, we'll have to see what larger trials bring.

But then, no "medical miracle" actually comes to us in a single, brilliant flash of insight; George Orwell died of tuberculosis more than 20 years after the discovery of penicillin, awaiting an antibiotic that could kill the disease without killing him.

And so with cancer, which is many diseases lurking under a single name. If adoptive cell therapy can be refined to make it more effective, and simplified so that ordinary hospitals can administer it, it will join a growing arsenal that might just beat cancer back to a fraction of its former territory.

Rosenberg is hopeful that the new therapy will be a key player in that fight: "The development of this approach holds the best opportunities for finding effective immunotherapies for patients with the solid cancers that last year caused over 500,000 deaths in this country."

And his lab, he says, is "working around the clock" to develop it further: identifying more tumor mutations to target, extracting more of the tumor-fighting cells from lab cultures. Then the biotech industry will need to figure out how to turn this into a standardized process that can be deployed outside of a research center.

Which brings us to the only bad news in this amazing story: We're going to have to find some way to pay for our massive new expeditionary force. Antibiotics, our last medical revolution, were relatively cheap, and often eliminated long and costly hospital stays to boot.

But immune-based therapies are unlikely to ever be available for a few cents a dose, especially not the personalized ones. Of the immunotherapies we already have, Opdivo and Yervoy combination drug therapy can cost a quarter of a million dollars; CAR T-cell almost double that.

Eventually those prices will surely fall. But how far? And what about other weapons we discover in the meantime? Thanks to earlier technological advances, health-care spending is already approaching 20 percent of our national income. How much is too much?

That's not an idle question. Over a lifetime, 1 in 3 Americans will be diagnosed with cancer; 1 in 5 will die from it. That's why Rosenberg's work is such a hopeful development - and also why it would be so expensive to make treatments like this widely available. Fighting a total war on cancer, one that might approach something like victory, will require an open, clear commitment to meeting those expenses.

So ask yourself: If you were diagnosed with cancer, what object do you own, what public service do you enjoy, that you'd rather have than a tumor-killing treatment? Frankly, I find it hard to name anything more worthy of investment than beating cancer - which is to say, extra years of life, liberty and the pursuit of happiness.

But if you agree, you should get ready to put your money where your mouth is.