Though Obama negotiated an agreement with Iran, he abandoned two Americans held hostage there. The Trump administration is working on getting them home 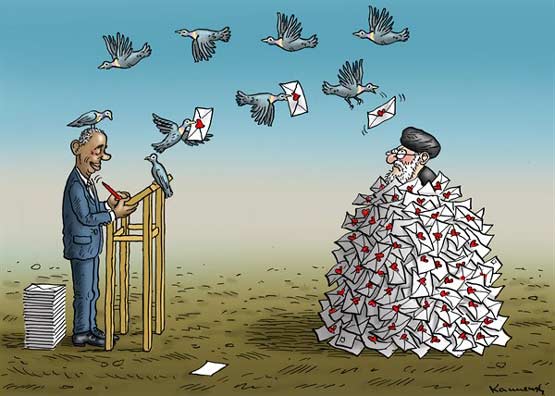 The Trump administration has quietly ramped up its involvement in trying to free two Iranian Americans being held in Iran's notorious Evin prison, including one who is in very poor health. The effort is now not only a focus of the administration's approach to Iran, but also part of an overall increase of attention to the plight of Americans held unjustly abroad.

Siamak Namazi, an Iranian American businessman, was arrested in Tehran in October 2015 and charged with espionage and collusion with an enemy country - the United States. When Secretary of State John Kerry negotiated for the release of five American hostages to coincide with the announcement of the Iran nuclear deal, Namazi was not among them. The following month the Iranians arrested his father Baquer Namazi, a former longtime United Nations official who is 81 years old and in poor health.

Both have been sentenced to 10 years in prison. Now, as the Trump administration conducts a comprehensive review of its Iran policy, the White House is considering new action to bring them home.

"The president has directed his administration to get personally involved and bring everyone home that we can," a senior administration official told me. "That's what are you are seeing with the Namazi case, and we want to extend that to all the Iranian cases and beyond."

The behind-the-scenes effort to press for the release of both Namazis is not new; State Department and National Security Council officials met with Babak Namazi, Siamak's brother and Baquer's son, in February and again in March. But now the administration is kicking the effort into high gear. Babak Namazi was invited to a meeting of several senior officials at the White House June 13, chaired by deputy national security adviser Dina Powell.

Namazi told me in an interview that he has new hope the Trump administration is giving his family's plight top level attention.

"It was a slow start, and as the months were going by I was getting frustrated by where is this going," he said. "But in the most recent meeting with Dina Powell, although she couldn't discuss the details of what they are doing, I got the clear impression that the release of my father and brother was now becoming a top priority for the Trump administration."

Two days later, Namazi met with U.S. Ambassador to the United Nations Nikki Haley in New York, after which she tweeted about the meeting.

Two senior administration officials said that the Trump administration is now considering a range of measures to pressure the Iranians to release the Namazis and two other American citizens held by Iran. Those options are still secret, but include sticks more than carrots, the officials said.

Trump administration officials raised the case of the American prisoners on the sidelines of a meeting to review the Iran nuclear deal in Vienna in late April. There are other indirect ways the Trump administration can communicate with Tehran on the matter, the officials said, declining to specify as to not harm the delicate negotiations.

The officials did acknowledge that the target of any coercive measures could likely be the Iranian Revolutionary Guard Corps, which arrested the Namazis and is believed to be in control of their detention. Iranian Foreign Minister Javad Zarif reportedly promised Kerry he could secure Siamak Namazi's release, but failed to deliver, calling into question his credibility as a negotiating partner on the matter.

The United Nations is a likely interlocutor because Baquer Namazi served as a senior officer in UNICEF for many years in various locations around the world. UNICEF Executive Director Anthony Lake said in a statement that UNICEF is actively involved in trying to secure his release.

Namazi has severe medical problems and has been denied access to the medical treatment he needs, according to his family. The prospect that he could die in Iranian custody became all the more vivid this week after Otto Warmbier, an American held by the North Korean regime for more than a year, died after returning to the United States in a coma.

In a statement Monday, President Donald Trump said that, "Otto's fate deepens my administration's determination to prevent such tragedies from befalling innocent people at the hands of regimes that do not respect the rule of law or basic human decency."

The senior administration officials told me that was not an empty claim. The Trump administration has been ramping up its involvement in a number of cases of Americans held by governments abroad. The administration successfully negotiated with the Egyptian government to release American Aya Hijazi in April, another operation that Powell was highly involved in.

National Security Council official K.T. McFarland met with the parents of Joshua Holt, a 25-year old from Utah who has been held by the Venezuelan regime since last June. There have been other senior level interactions with the families of Americans detained abroad that the administration is keeping secret based on the desire of those families for privacy, officials said.

One senior administration official told me that the Trump administration is determined to come up with a new strategy to minimize the incentives for foreign governments to unjustly hold Americans in the first place. Top officials involved in that discussion include Tom Bossert, the White House homeland security and counterterrorism adviser, and Julia Nesheiwat, the acting special presidential envoy for hostage affairs.

"One of the things that has become clear is that we need to think broadly about the problem about Americans that are taken and unjustly detained for political reasons," the official said. "Over the years, the deterrent seems to have been eroded, and that deterrent needs to be reestablished."

According to Babak Namazi, those are all positive and encouraging signs, but for his imprisoned family members, time is of the essence.

"They are hostages that have been subject to extensive cruelty, and it really is time to let them come home before they die in custody," he said.