Is President Trump the Subject of a Criminal Investigation? 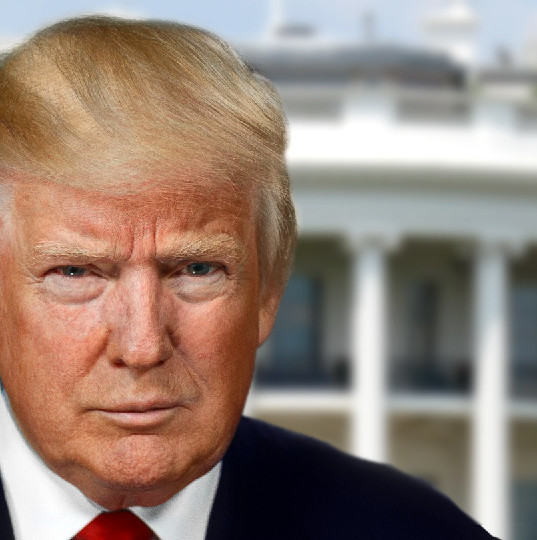 This produced substantial consternation in the news media and at the White House, since the president himself had tweeted over the weekend that he is being investigated for firing FBI Director James Comey by the same person — Deputy Attorney General Rod Rosenstein — who recommended Comey's firing and that the investigation is a "witch hunt."

When Donald Trump began running for the Republican nomination for president in June 2015 and made novel arguments indicating that his view was that Europe should essentially pay for its own military defense, this triggered concern in European capitals, and it resulted in the commencement of now well-documented British surveillance of Trump and his principal adviser on national security matters, retired Lt. Gen. Michael Flynn. The foreign surveillance was eventually passed on to American spies, who acceded to demands from the West Wing of the Obama White House and handed over transcripts of conversations and names of participants.

This went on throughout the presidential campaign and into the transition period after Trump had been elected. President Barack Obama's national security adviser, Susan Rice, recently confirmed that she ordered transcripts of surveilled conversations and names of participants — this is called "unmasking" in intelligence community lingo — and James Clapper, the Obama administration's director of national intelligence, recently acknowledged under oath the existence of the foreign and domestic surveillance of Trump in 2015 and 2016, as well as the unmasking.

One of the unmasked conversations handed over to Rice was between Flynn and the Russian ambassador to the U.S., Sergey Kislyak. Portions of that conversation were leaked to The Washington Post, and that generated interest in the relationship, if any, of the Trump campaign and transition team to the Russian government. This provoked a preliminary FBI investigation into Flynn. Flynn apparently was interviewed by the FBI while ignorant of the FBI's possession of transcripts of his conversations with Kislyak. If Flynn lied in that interview as has been reported and speculated in the press, he committed a felony. When Trump learned Flynn had lied to others, he fired Flynn.

Flynn's firing ratcheted up the investigation of him, as well as the investigation of whether anyone from the Trump campaign had assisted Russian intelligence agents in hacking into computers in America in order to affect the outcome of the election. When Trump asked then-FBI Director Comey whether he, Donald J. Trump, was being investigated by the FBI, Comey thrice said no. That was, no doubt, true at the time. The Trump campaign and the Trump transition team were being investigated, but not Trump personally.

After Comey released a portion of a memo containing his recollections of his conversations with Trump, Deputy Attorney General Rosenstein appointed former FBI Director Robert Mueller as independent prosecutor to investigate and charge, if appropriate, anyone criminally implicated in the Flynn investigation, the investigation of Russian attempts to influence the 2016 election, the investigation of whether any assistance was provided to the Russians by any Americans, and all related matters.

Yet as a sitting president, Trump cannot be indicted for any criminal behavior committed while in office. Hence he cannot be a "target" of an FBI investigation. I use the word "target" in quotation marks because it has a technical meaning — namely, that the Department of Justice plans to seek an indictment. So though it is true that the president is being investigated by the FBI, it is also true that he is not a target of that investigation.

Sometimes criminal investigations exonerate a person, and the FBI, without fanfare, will just drop it. In the case of the president, any evidence of guilt will go to the House Judiciary Committee, not a grand jury, as the constitutional remedy for presidential criminal behavior is impeachment, not indictment. Of course, the president can fire a director of the FBI for any non-corrupt reason, but if he does so after a rejected quid pro quo as Comey has publicly claimed that Trump did, that can trigger the woes Trump now endures.

We live in perilous times — times that demand fidelity to first principles. The core of those principles is the rule of law: No one is beneath laws' protections, and no one is above their requirements. No one.