Israel boycott is failing when measured by main economic gauge 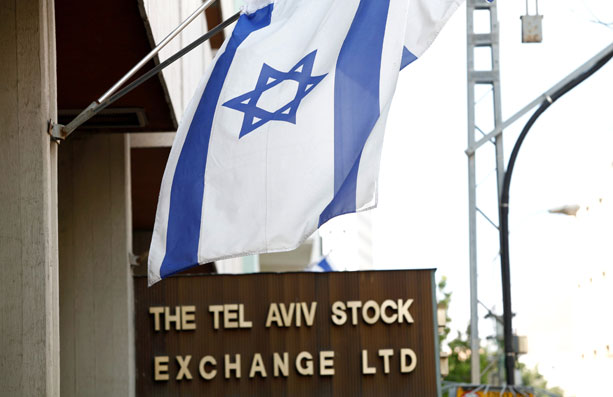 Yet an examination of foreign capital flow into the country shows the opposite trend --- a steep increase. Foreign investments in Israeli assets hit a record high last year of $285.12 billion, a near-tripling from 2005 when the so-called Boycott, Divestment and Sanctions (BDS) movement was started by a group of Palestinians.

The boycott movement is backed by those who reject the Jewish state's existence as well as those who want it to change its policies toward Palestinians in the West Bank and Gaza Strip. But even the more limited focus on the occupation and the companies that benefit from it has had little discernible impact. The stake of non-Israeli shareholders in nine such publicly-traded companies and banks has risen steadily over the past three years.

"We don't have a problem with foreign investment in Israel --- on the contrary," Yoel Naveh, chief economist at Israel's finance ministry, said in an interview.

Money managers, economists and government officials say Israeli assets are an attractive alternative to weak performers elsewhere. The country's economy is slowing but growing faster than those of the United States and Europe and its interest rate is higher. Plus, many reject the notions driving the boycott -- that investing in Israeli innovation and natural gas violates Palestinian rights, and that Israel's misdeeds are so exceptional that they justify singling it out for censure.

Israel's economy is expected to grow 2.8 percent this year compared with 1.8 percent for the U.S. and the European Union. In 2015 its industrial high-tech exports rose 13 percent from a year earlier to $23.7 billion, according to the Israeli Export and International Cooperation Institute. The BlueStar Israel Global Index, a gauge of globally-listed Israeli companies, has doubled over the past decade, outperforming the 21 percent gain in the benchmark MSCI ACWI Index of emerging and developed world markets.

The BDS movement says it's not worried. Its progress and impact have exceeded hopes and economic impact will follow in due course.

"BDS is not just working," said Omar Barghouti, a co-founder of the campaign. "It is working far better and spreading into the mainstream much faster than we had anticipated." Last month, Israel, which has branded the boycott movement a "strategic threat" and allocated tens of millions of dollars to fight it, banned Barghouti from traveling abroad in hope of curbing his impact.

Dalit Baum, director of economic activism at the American Friends Service Committee, a Quaker organization, said one of the goals has been to associate divesting from Israel with socially responsible activities like civil rights and protecting the environment.

"What I can claim is that I see internationals don't step into certain businesses anymore," she said.

A series of mostly European pension funds have banned Israeli and international companies tied to occupation of the West Bank. They include Norway's $860 billion sovereign wealth fund which excluded Africa Israel Investments from its portfolio, and Pensioenfonds Zorg & Welzijn, the second largest Dutch pension fund with 163.6 billion euros of assets under management, which blacklisted cluster bomb manufacturer Aryt Industries and Bank Hapoalim, Bank Leumi Le-Israel and First International Bank of Israel for their "engagement in activities contrary to international human rights law."

Five months ago, the $20 billion pension board of the United Methodist Church, the largest faith-based benefit plans administrator and pension fund asset manager in the U.S., added the five largest Israeli banks to its list of companies in which it will not invest.

A few companies, such as Veolia Environnement, Orange and SodaStream International, relocated their operations out of the West Bank or even withdrew entirely from the Israeli market. The finance ministry's Naveh concedes there have been "some institutional investors that said they are pulling their investments." But he added, "We don't need it."

So far, that appears to be true. A survey of nine Israeli companies with ties to the settlement and occupation economy showed major non-Israeli holdings have increased or remained largely unchanged over the past three years.

Foreign ownership of those companies' stocks, especially by exchange-traded fund managers like Vanguard and BlackRock or quantitative managers such as Dimensional Fund Advisors, has grown over the past four years. The increase easily made up for a handful of big divestments such as Barclays's sale of its 50,000 shares in Elbit Systems in the three months that ended Sept. 30, 2014. The position was worth about $3 million based on the average share price that quarter.

Still, the issue is clearly freighted and investors are loathe to discuss it. Calls to 30 fund managers who own shares in some of the companies listed yielded only two willing to speak and only without being named. They both said BDS has no bearing on their decisions. Twenty-eight others declined to comment or respond.

One of the two said that while state pension funds in northern Europe have opposed investing in companies linked to Israeli activities in the West Bank, many others in China and elsewhere simply want assets with good management, high dividend yields and healthy balance sheets. Most investors are looking to make money within the confines of the law, the other fund manager said.

Both also said it's not clear what constitutes business complicity in Israel's occupation and what, if any, legal consequences there are for those involved.

What most worries Israel's defenders is that foreigners will associate Israel with ill-doing and choose to avoid controversy. Given the small size of its market, this can be easily done without acknowledgment and could lead to a slow, subtle process of isolation.

Barghouti argued that the BDS movement's strength is precisely in its "indirect, palpable psychological impact on the mainstream Israeli psyche about the country becoming more 'isolated' from the world."

He pointed to the boycott of apartheid South Africa in the 1980s that helped lead the country to dismantle its racially exclusivist policies. BDS is expanding more quickly than that boycott which started in the 1960s, he said. Large corporations pulled out later, following economic sanctions imposed by the U.S., Europe and Japan.

Sheldon Adelson, a Jewish-American billionaire who has helped raise millions to fight BDS, says he is not worried about possible economic damage for Israel. Adelson said he is encouraged by the efforts in more than 20 state legislatures to pass laws banning contracts with entities that boycott based on race, color, religion, gender, or national origin.

"This is a PR battle and its biggest threat is demonization of Israel," Adelson said in an interview.

Shlomo Maoz, chief economist at S.M. Tel Aviv Investments, said what worries him most is that the cultural boycott could set the scene for an economic one. "BDS now is not a big threat, it's a threat," he said. "But when students go to college in America, the U.K., and see anti-Israel BDS protests, and then go to be fund managers in five, seven years -- then it could be a problem."

© 2021 Bloomberg News. Distributed by The Washington Post. All rights reserved.