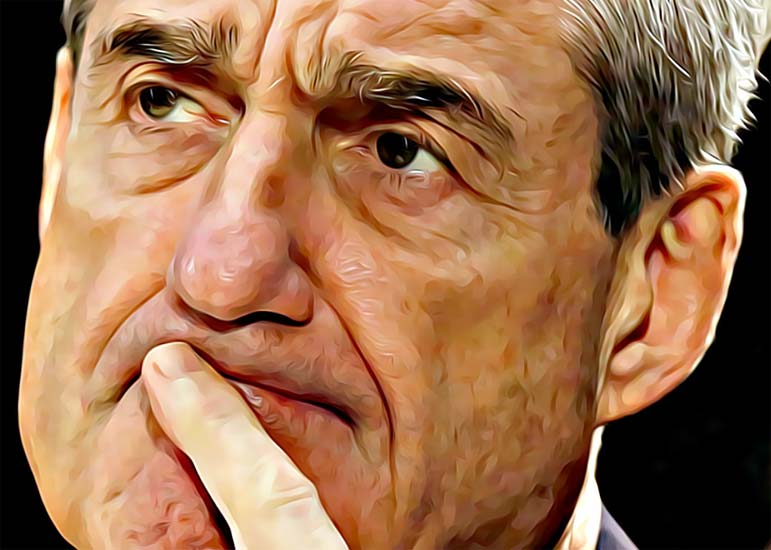 Special counsel Robert Mueller has always been a professional who approaches his work with rigorous gravity. The fact that he has all but kept his mouth shut throughout his two-year investigation into allegations of President Donald Trump colluding with the Russians is proof of this.

At times, it has seemed as though Mueller were something of an oracle whose prophecies can only be interpreted by others. We have seen and heard far too much of others speaking as if they were doing so for Mueller. Now, it is in everyone's interest - including President Trump's - for the special counsel to speak for himself.

Over the past couple of years, cottage industries have sprung up throughout the media, and at times it has seemed as if there have been several efforts to instruct the public about where Mueller and his team have been or will be heading.

The message has always been the same: Hold your breath; the curtain is about to fall on Trump. Remember when the president's son Don Jr. was supposedly about to be indicted? Or when the Trump Tower meeting with a ragtag group of foreign and domestic characters was going to be a slam-dunk proof of collusion?

For all the breathless furor from the talking heads who hyped the investigation for ratings, the special counsel ultimately concluded that there was no conspiracy. As Senate Majority Leader Mitch McConnell, R-Ky., said this week, "case closed."

Of course, the Democrats don't want to see it that way. Not so fast, they say. What about obstruction? What about attempted obstruction? Please, they embarrass themselves. Their desperation is showing. Trump could have ended the Mueller probe, but he did not. As the Mueller report shows, again and again cooler heads prevailed.

Corey Lewandowski did not ask former attorney general Jeff Sessions to fire Mueller, and former White House counsel Don McGahn also refused to fire the special counsel. Now, Trump says Mueller should not testify before Congress. But the better play is to let Mueller talk. Trump should demand it. He should embrace it. He should own it. For a change, Trump would be associated with real conclusions and first-class thinking in the Russia affair.

While dutifully silent until now, Mueller has occasionally shown his displeasure at those who have tried to speak for him. He tossed FBI agent Peter Strzok from his team after his revelatory texts with colleague and paramour Lisa Page caused no small amount of embarrassment.

His first and only formal rebuke of a news story came this year when he unequivocally rebutted an account by BuzzFeed that, according to sources on Mueller's team, Trump had instructed Michael Cohen to lie. Talk about a buzz kill.


But disciples of the anti-Trump narrative will not quit so easily. This week, hundreds of former Justice Department lawyers signed a letter stating why there should be an obstruction charge, but for the department's rule on not indicting a sitting president.

And oh by the way, congressional committees led by Democrats in the House are still chomping at the bit to get McGahn, Attorney General William Barr and anyone else they can into the hot seat for more grilling to keep the Russia collusion industry going.

Whether Mueller testifies on May 15th or on another date, it is time to put down the precooked narratives and listen carefully to him speak for himself. It is in America's interest - and the president's as well - to put this runaway story to bed once and for all. What the oracle has to say in his own words might just confound expectations.

After all, his report did.