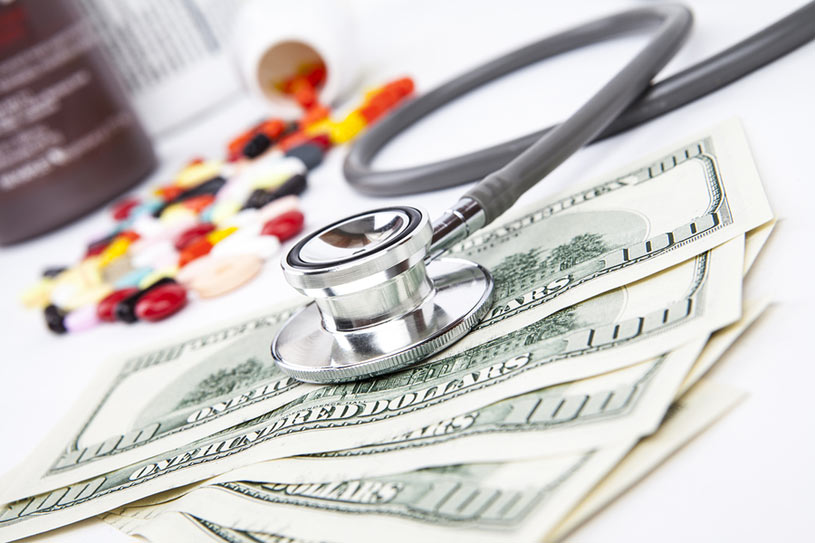 Americans' outrage about prescription-drug prices is odd, in a way.

Drugs account for less than 10% of the nation's overall health care spending, and while the price of some medicines has spiked, overall spending on prescription drugs has grown more slowly than broader health care expenditures.

In 2017, the increase didn't even keep up with inflation.

Yet polls show that pharmaceutical companies are one of the most hated private-sector industries, below the rest of the health care industry -- and below even lawyers. That's why it has been such fertile territory for Democratic presidential candidate Sen. Bernie Sanders, I-Vt., who in April introduced a bill to control prescription-drug prices and last week tweeted that, once in the White House, he would "lower the outrageously high price of prescription drugs."

The idea has proven so popular that even Republicans, including Sen. Rick Scott of Florida, are getting into the act. Which isn't really surprising at all.

Drugs may be a small part of our health care spending, but it's the cost we're most directly exposed to month after month. Moreover, it's easy to directly compare U.S. prices with the much lower prices in, say, Canada. Americans think the difference is unfair, because it is.


And yet Americans arguably get a pretty good deal from all this overspending: new drugs. The oversize profits that pharmaceutical companies collect in the United States encourage them to do lots of research and development in the hope of earning more of those sweet, sweet returns. The rest of the world essentially free-rides on Americans' willingness to pay more.

If the United States enacted European-style price controls on drugs, less of that research would be done. And that would mean real losses to human welfare; in recent years, drug companies have offered, among other things, a cure for hepatitis C, a treatment for drug-resistant epilepsy and near-miraculous remission rates for previously terminal cancers.

That argument is a familiar one, though, and advocates for some form of price control have ready rejoinders. Probably the most frequently heard is that drug companies can keep research investment high by cutting in other areas, such as marketing, dividends and stock buybacks. And boohoo if the shareholders don't like it.

The advocates' solution is simple, appealing and wrong. It fundamentally misunderstands the nature of the drug-pricing issue, which is not a budget problem but an investment problem.

A budget problem is what it sounds like; it's how you match outflow to inflow. If your salary drops by a third, you start cutting expenses until you've eliminated the deficit. Farewell, vacation, and it may be time to sell one of the cars.

But investments are about how you make your income grow. Imagine that you're deciding whether to go into business for yourself -- it doesn't really matter what sort of business, but since Tuesday was National Roast Leg of Lamb Day, let's say you want to open a sheep farm.

You're a wise and careful person, so you calculate your likely expenses and how much you can charge for your tender young lambs. The math says sheep farming will offer you a tidy little living. But just as you're about to commit, the government announces price controls on lamb, which will eliminate your profits. Do you still open the sheep farm?

You could cut the budget and maybe still eke out a living. But when you're making a new investment, the question isn't "How can I make my income match my expenses?" but "Is this the best use of my time and money?"

Most of us want to do more than eke out a living. If government squeezes the profit out of a business, we're not going to go into that business; we'll do something else.

That's how pharmaceutical firms think about research and development: not as something they must do, which they will support by economizing elsewhere, but as something they would like to do if the investment pays better than doing something else, such as executing stock buybacks.

It's also how people buying biotech stocks, or lending money to pharmaceutical firms, think about their activities. And so, if the returns on those investments are squeezed, fewer investments will be made.

There's a reasonable argument, of course, that Americans should be willing to forsake pharmaceutical research to make current drugs more affordable.

But before going that route, everyone needs to be clear on what sort of decision is being made. Otherwise, it's all too likely that cutting drug prices now, in the name of easing people's budgets, will mean later discovering that we inadvertently sacrificed the lifesaving investments of the future.