Dems are about to have to pay up 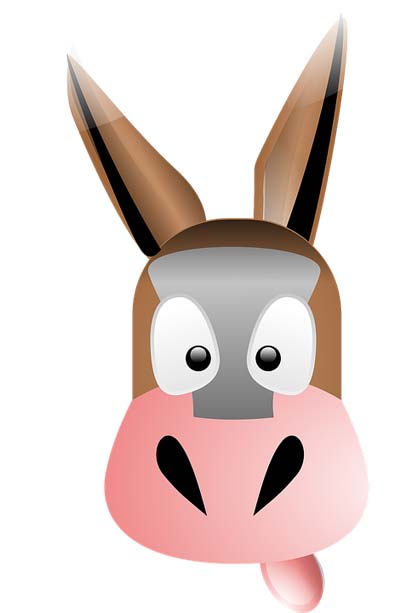 The the ink was dry on our new tax bill, outraged blue states were screaming about the cap on the deductibility of state and local taxes.

Their governments were also frantically seeking ways around it, and small wonder. For decades, high-tax states with a lot of wealthy residents enjoyed a hefty subsidy from the rest of America. Legislators were understandably panicked over what voters might do when handed the rest of the bill.

That panic generated some desperate ideas. The most popular, currently, is allowing people to convert tax payments above the $10,000 cap into a "charitable donation." New York, New Jersey and Connecticut have already passed laws to allow this.

While charmingly innovative, this approach is likely to fall afoul of tax courts, as will the other proposed tactics. Blue-state taxpayers may finally have to confront the full cost of the government they want. And Democrats will finally have to confront the tension between what those voters want government to do and what they're willing to pay for.

That reckoning is long overdue.

Remember the Bush tax cuts? A heartless giveaway to the rich that did nothing for the middle class, Democrats said. But when their expiration date approached, President Barack Obama called for raising taxes only on families making more than $250,000 annually - that being, apparently, what it now takes to call yourself "rich."

This absurdity is no accident. It's a function of the ideological beliefs of the Democratic activist base clashing with the geographic and demographic distribution of their voters.

Over the past few decades, the United States has undergone "the Big Sort," the clumping of the electorate into demographically, professionally and politically homogenous neighborhoods. Clinton voters have their Zip codes, and Donald Trump voters theirs, and evermorerarely do the twain meet. This fact has been often remarked, but the implications for tax politics are rarely noted.

Democratic voters have crammed themselves into a handful of the most economically successful counties, heavily concentrated in narrow strips along the coasts. There they've formed a coalition of affluent, educated professionals and lower-income minorities. That coalition used its prosperity to fund expensive, intensive state and local governments.

This fact has been often remarked, but the implications for tax politics are rarely noted. Already, just two states, New York and California, together account for more than 20 percent of federal revenue. Making the government bigger, and the tax code more progressive, necessarily means making that skew even worse.

But most of the party's energy comes from those coastal clusters, where left-wing activists are most numerous and powerful. They want to supersize the federal government just as they've done in their home states. But so far, they've been unwilling to ask their neighbors to foot the bill.

Eventually, they'll have to, because in deference to the moderate-income portion of their coalition, they want to finance all their plans by taxing the rich. Many on the left now call for a Danish-style welfare state, but few are calling for Denmark's 25 percent value-added tax on all purchases, or theirheavy income tax on all wages above about $55,000 a year.

No, the money for American-style social democracy is all supposed to come from the rich. "I've been frustrated with liberals," says Len Burman of the Tax Policy Center. "They really do just want to raise all the revenue from rich people, and they don't understand that that really constrains what they can do in terms of financing the safety net."

Especially if you also try to defer to the affluent, educated portion of your base by continually redefining "rich" to just north of what moderately successful blue-state professional couples earn. Yet politics require this ratchet. Thanks to the Big Sort, those folks are now concentrated in coastal cities where competition from others like themselves, and blue-state taxes, raise the cost of living sky-high. Compared with their neighbors, they don't feel especially rich; they feel as though they're struggling just to pay for the basics.

Eventually, however, Democrats are going to have to either give up their big dreams or hand those voters the bill, because they're the ones with most of the money. This creates a certain cognitive dissonance for progressives. "There's a bitterness that all the tax cuts went to the rich," says Marc Goldwein of the Committee for a Responsible Federal Budget, "and not enough of them went to the rich in New York and California and Connecticut." Until that dissonance is resolved, Sen. Bernie Sanders, I-Vt., will keep promising big new programs with laughably inadequate financing mechanisms - and blue-state legislators will denounce inequality while cooking up tax-evasion schemes to perpetuate it.

Blue-state professionals have enjoyed a disproportionate share of the prosperity gains over the past few decades; if they want a bigger government, they'll have to give up those gains to fund it. But thus far, Democrats haven't managed to convince these voters that providing lavish government to every state means that they need to be taxed like a Rockefeller - or even like a Dane.