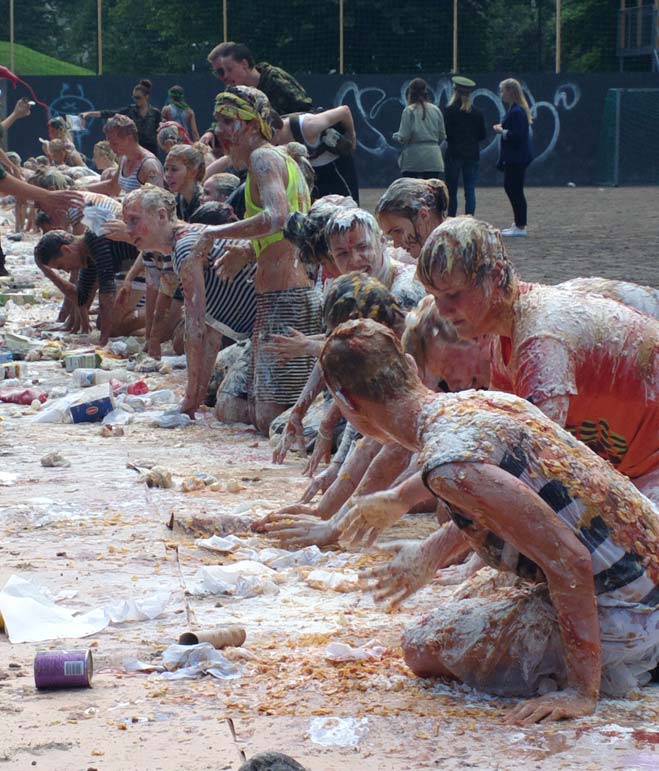 "I expect to lose half of you before I'm finished. I will use every means necessary — fair and unfair — to trip you up, to expose your weaknesses."

This line sets the tone for Louis Gossett, Jr.'s, Academy Award winning role as Gunnery Sergeant Emil Foley in An Officer and a Gentlemen. It's also a fairly accurate depiction of the drill sergeants address military recruits — especially those training for elite corps.

The philosophy is simple. An army is a team. Every soldier's life depends on his ability and the ability of his comrades to carry out orders. There is no room for hesitation in battle, no latitude for second-guessing orders, no accommodation for individual objectives or priorities.

In other words, there is no allowance for ego.

Instructors are carefully trained how to train, how much pressure to apply, how far and how hard to push new recruits up to — but not beyond — their breaking point; and then how to rebuild them as part of a perfectly tuned machine.

At its best, this system turns out the finest soldiers in the world: Army Rangers, Green Berets, Navy SEALS, Delta Force.

But the success of the system depends not only on competence but on context; in only works when directed toward a higher purpose and applied with a sense of mission. Lacking those, it becomes an exercise in humiliation for its own sake and abuse disguised as a rite-of-passage.

We have a name for what that's called: hazing.

ARE WE NOT MEN?

Last week, 18 fraternity members at Penn State were charged in the death of a 19-year-old student.

According to the charges, Timothy Piazza was coerced at a pledge party to drink excessive amounts of vodka and beer, then left unattended for hours despite clear symptoms of blood alcohol poisoning.

• In 2016, repulsive photos surfaced of hazing rituals performed by a fraternity at Hofstra University.

• In 2011, hazing by the Florida A & M marching band proved fatal for Robert Champion.

• In 2008, Michael Starks died of alcohol poisoning after a fraternity initiation ritual at Utah State.

All this, so they say, is designed to earn acceptance into a society of "brothers." But how did it begin?

In his 1856 book A Collection of College Words and Customs, historian Benjamin Hall reports that hazing rituals were not only tolerated but endorsed by the administration of Harvard University as early as 1741.

Although most of the rules governing Freshman conduct were only modestly demeaning, the final regulation, #21, declared that, "Whatsoever Freshman shall break any of these customs, he shall be severely punished."

A century ago, the Novardok tradition of Judaism developed amidst the Torah communities of Europe, encouraging serious scholars to gain mastery over their egos by placing themselves in mortifying situations, like going into a hardware store to ask for a loaf of bread.

By cultivating a resistance to discomfiture, students broke the power of their egos, trained themselves in the ways of humility, and sought to travel the road of self-respect.

If that sounds like mythology from another era, think again. In a delightfully entertaining Ted Talk, author and entrepreneur Jia Jiang describes how he embarked on a journey of "Rejection Therapy," confronting his fear of embarrassment by placing himself in ridiculous situations. He approached strangers to ask for $100, requested a "burger refill" at fast food restaurant, and ordered an "Olympic Ring" donut arrangement at the Krispy Kreme counter — which, astonishingly, he got.

Which brings us back to hazing. As with so many things, hazing began as a sound practice intended to build character and camaraderie.

And as with so many things, it devolved into a distortion of itself, becoming a vehicle for the illusion of power at others' expense.

Rather than inflicting mortification on others so we can appear bigger than we are, we should do precisely the opposite. The sign of true greatness is to humble ourselves by defending the dignity of those around us, not stripping them of their dignity because we can.

In the Talmud, Rabbi Eliezer taught: Let the honor of your fellow be as dear to you as your own.

Friends and enemies, allies and adversaries, superiors and inferiors — when we recognize the honor and dignity of all people, we contribute to a society and a world built upon civility and respect, one in which no one feels the need to raise himself up by pushing anyone else down, one in which the strong can always be counted on to come to the defense of the weak.