The fruits of subversion 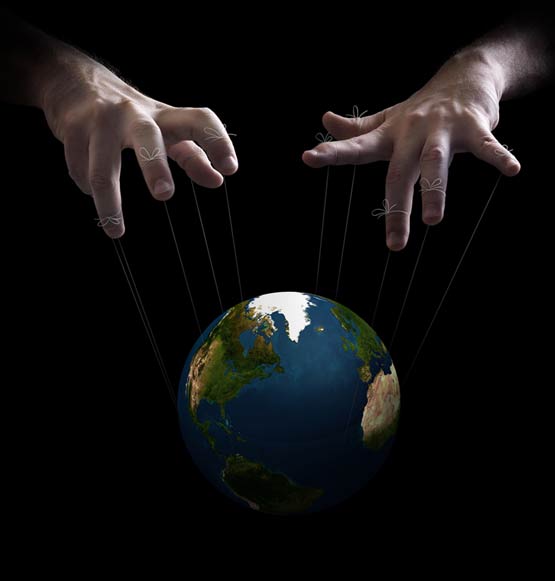 For the Obama administration, Israel’s security brass is an alternative government.

That is the lesson from an article published this week in Foreign Affairs by David Makovsky, a member of Secretary of State John Kerry’s negotiating team during his failed peace process two years ago.

Makovsky wrote that the security brass’s unbridled vilification of Sgt. Elor Azaria, for killing a wounded terrorist in Hebron in March, “captures the IDF’s growing involvement in the Palestinian issue.”

“Seeing a diplomatic vacuum in Israeli politics,” he wrote supportively, “the IDF has increasingly worked to assert itself as a guardian of democratic values and a stabilizer of the Israeli-Palestinian arena.”

The article tells us two things. First, for the administration, “Israeli democracy” means the Left is in charge.

The “diplomatic vacuum,” Makovsky referred to after all wasn’t an oversight. The public elected leaders who shared its view that the “peace process” is a fraud. We elected leader who agree that Israel making unreciprocated concessions to terrorists is not a peace process. It’s a process of destroying Israel.

If the voters had wanted a government that felt otherwise, they would have voted the Left to lead.

So the “diplomatic vacuum” is just the government doing what it was elected to do.

The General Staff is the Left’s representative, and has in recent months served as its surrogate government, taking steps that advance the Left’s agenda against the wishes of the government and the public that elected it.

For instance, the General Staff “inadvertently” returned the body of a dead terrorist to his family despite an explicit cabinet decision to end the practice.

Likewise, our generals continuously pressure the government to agree to relinquish security control over the Palestinian population centers, and transfer security responsibility to terrorism-supporting Palestinian militias. This despite the fact that the government has repeatedly rejected their position.

These actions are bad enough on their own. But when seen in the context of recent events, they lend the impression that for our generals, gross insubordination to the Netanyahu government is the rule, rather than the exception.

Deputy Chief of General Staff Maj.-Gen. Yair Golan compared Israeli society to the Nazis on Holocaust Remembrance Day. This was a direct assault on the government’s policy of fighting, rather than joining, Israel-bashers who deny the right of the Jewish state to exist. And his comrades in the General Staff and in the Left praised him for his appalling behavior.

Then there is the late Maj.-Gen. Meir Dagan, the retired director of the Mossad.

Dagan told the host Ilana Dayan that in 2010, he committed espionage.

Dagan revealed that in 2010, he went behind Prime Minister Benjamin Netanyahu’s back and informed then-CIA director Leon Panetta that Netanyahu and then-defense minister Ehud Barak were about to order the security services to attack Iran’s nuclear installations.

Dagan gave three justifications for his behavior. He claimed that whereas he acted out of Israel’s national interest, Netanyahu acted out of “political motivations.”

Dagan insisted that had Israel attacked, the US would have used force to protect Iran’s nuclear installations from Israel.

Dagan argued that Netanyahu is to blame for President Barack Obama’s decision to cut a deal with the Iranian regime that effectively paves the way for Iran’s emergence as a nuclear power and a regional hegemon.

Had Netanyahu played along with Obama, Dagan argued, Obama wouldn’t have opened negotiations with Iran.

Dagan’s actions and his justifications for them indicated that he trusted Panetta, and through him, Obama, more than he trusted Netanyahu, a man whom he loathed.

Shortly after his interviewed aired, The New York Times posted an article repudiating Dagan’s faith in Obama and showing that Netanyahu’s judgment was far superior to that of his spy chief.

David Samuels’s profile of Obama’s Deputy National Security Adviser Ben Rhodes, “the single most influential voice shaping American foreign policy aside from [Obama] himself,” revealed that Obama’s Iran policy was determined well before he entered office. And it had nothing to do with anything Netanyahu did or didn’t do.

Samuels also exposed that Dagan’s confidante Panetta was little more than a marionette controlled by Obama and Rhodes.

In a candid interview with him, Panetta revealed that Obama tasked him with convincing Netanyahu not to strike Iran’s nuclear installations.

As Samuels put it, Panetta, said that as secretary of defense, “one of his most important jobs was keeping... Netanyahu and his defense minister Ehud Barak from launching a preemptive attack on Iran’s nuclear facilities.”

Panetta said that he convinced them not to strike Iran by telling that if push came to shove, Obama would order US forces to strike Iran’s facilities to prevent the regime from acquiring nuclear weapons.

Panetta then admitted that today he does not believe that he was telling them the truth.

For his part, Rhodes revealed that from the outset of his presidency, it was Obama’s aim to cut a deal with Iran while ending the US’s alliances with Israel and the Sunni states.

In Rhodes’s words, from Obama’s perspective, reaching a deal with Iran was “the center of the arc” around which Obama’s whole vision of a transformed US foreign policy ran.

Rhodes said that Obama believed, “We don’t have to be in cycles of conflict if we can find other ways to resolve these issues. We can do things that challenge the conventional thinking that, you know, ‘AIPAC doesn’t like this,’ or ‘the Israeli government doesn’t like this,’ or ‘the Gulf countries don’t like it.’” He continued, “It’s the possibility of improved relations with adversaries. It’s nonproliferation. So all these threads that the president’s been spinning – and I mean that not in the press sense – for almost a decade, they kind of all converged around Iran.”

Rhodes said the administration’s claim that talks with Iran only began after the 2013 election brought the supposedly moderate Hassan Rouhani to power instead of outgoing president Mahmoud Ahmadinejad was a deliberately concocted lie.

The myth of Iranian “moderates” locked in a struggle with “extremists” was invented, Rhodes said, to “eliminate a source of structural tension between [the US and Iran] which would create the space for America to disentangle itself from its established system of alliances with countries like Saudi Arabia, Egypt, Israel and Turkey.”

Panetta and other senior Obama administration officials told Samuels that Obama ignored their advice, using them as “cover” to push through his radical foreign policy agenda.

Netanyahu understood all of this intuitively. But Dagan refused to see it. Driven by his personal animus toward Netanyahu and by egomania, he chose to trust Panetta, and through him, Obama, more than he trusted the man he was legally bound to serve.

And so, Dagan willfully subverted the premier’s authority. He unlawfully revealed Israel’s most classified operational secret to Obama’s puppet. Through his action, Dagan cleared the final obstacle to Obama’s pursuit of his anti-Israel agenda.

Since his final interview was broadcast, Dagan’s many supporters have argued that his behavior is beside the point. It is Netanyahu’s fault that Israel didn’t attack Iran at the time or since. Netanyahu, they say, could have fired Dagan and replaced him with someone who agreed with his assessments.

Although valid in theory, these arguments insult the intelligence of even a casual observer of the routine insubordination of senior security officials with dovish conceits toward right-wing politicians.

Netanyahu allowed Dagan to retire with honor from the Mossad despite his appalling behavior.

And still, the minute he was out the door, Dagan denounced Netanyahu. Projecting his own behavior on the prime minister, Dagan castigated him as irresponsible, untrustworthy and dangerous. Perhaps hoping to help Obama’s reelection, on the eve of the 2012 election, Dagan told Dayan that he had informed the Americans of Netanyahu’s planned attack on Iran’s nuclear installations.

Far from being punished for his espionage, Dagan was the toast of the town. He was the hero of the Left and a star of the international lecture circuit.

Like Golan, the Left celebrated him as a guardian of Israel’s “democratic values.”

The Left’s response to Dagan and Golan shows the real balance of power between a right-wing prime minister and left-wing, insubordinate generals.

Had Netanyahu fired Dagan, he would have acted just as he did upon his retirement. And he would have been idealized as a martyr just as he was upon retiring. Perhaps Netanyahu hoped that by not firing Dagan he had a better chance of being able to attack Iran’s nuclear installations after he was gone. Whatever the case, the blind Dagan was more powerful than the clear-sighted Netanyahu.

It is difficult to assess the damage Dagan caused Israel’s security. But it is clear that harm he did us was immense, strategic, long-term and multi-dimensional.

And national security wasn’t the only victim of Dagan’s behavior. His insubordination, like that of his comrades on the General Staff, struck a devastating normative blow to the country as well.

From the perspective of democratic norms, the worst part of Dagan’s subversion is that he was proud of it.

By insisting his final interview be broadcast posthumously, Dagan showed that he wanted his subversion of the government to be his legacy. Dagan’s final act was to tell his countrymen that it is legitimate to place themselves above the law and above the lawful government and take independent actions that will obligate the entire country.

Ironically, there is no substantive difference between Dagan’s actions – or the generals’– and the actions of the so-called Hilltop Youth in Samaria whom the generals continuously condemn as the greatest threat to Israel.

Like the generals, right-wing extremist teenage outlaws reject the authority of the government. Like the generals, denizens of “the state of Judea” believe that they know how to advance Israel’s national security better than our elected officials.

True, the damage the generals cause the country by revealing state secrets to foreign governments and libeling the nation of Israel as Nazis is several orders of magnitude greater than the damage wrought by fanatical teenagers who vandalize Arab property. Indeed it is far greater than alleged acts of murder that a handful of Hilltop Youth stand accused of committing.

And by acting lawlessly and showing bottomless contempt for our elected officials, Dagan, Golan and their comrades tell the Hilltop Youth and the rest of us that the law is what they say it is.

Sixty-eight years ago, after declaring Israel’s independence, David Ben-Gurion set about dismantling the underground militias to ensure the survival of the state as a coherent political unit.

Sixty-eight years later, it works out there are still competing gangs trying to obligate the rest of us with their unlawful, anti-democratic and immoral behavior. If Israel is to survive for the next 68 years, we need to act firmly and forthrightly to end this state of affairs.