The trouble with treating female politicians as victims 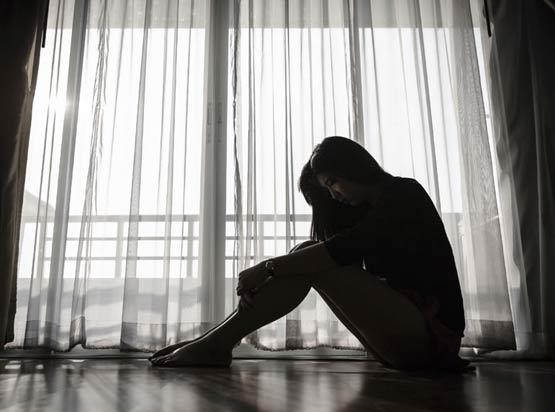 Jonathan Chait of New York Magazine is getting hit hard on Twitter. His offense? Writing about the fine crop of female politicians rising within the Democratic Party, and suggesting that the left - if it wants to assist that rise - should spend more time talking about the strengths and achievements of these women, and less time complaining that Sen. Kamala Harris, D-Calif., got interrupted during a hearing by male colleagues, or that Kirsten Gillibrand's, D-N.Y., fellow senators made joking comments about her weight and appearance.

"On the left, victimhood is a prime source of authority, and discourse revolves around establishing one's intersectional credentials and detailing stories of mistreatment that reinforce them," Chait wrote. "Within the ecosystem of the left demonstrating that you have suffered harassment or microaggressions is a big win. But among the country as a whole, the dynamic is very different . . . a heavy emphasis on a politicians' suffering might undercut their ability to project an image of strength and competence."

Critics didn't like that. Much of the response boiled down to: How dare a man, who can have no idea of our suffering, stifle righteous complaints about the patriarchy?

"Jonathan is really revealing more of his desire to level attacks on women rather than hearing what they have to say about their personhood," said digital-media adviser Heidi Moore on Twitter. She was responding to Chait's attempt to defend himself from the charge that he didn't know how women felt by pointing out, quite reasonably, that the article had quoted two female professors who specialize in studying women in politics.

"[Sen. Elizabeth] Warren, at least, has emphasized one positive characteristic underlying her victimhood at the hands of a man: persistence. It's there in the stories of Gillibrand and Harris too. Men just have to be willing to see it." wrote Christina Cauterucci at Slate.

It, therefore, falls to another woman - this woman - to point out that Chait is absolutely right. Victim culture does indeed exist, as sociologists Bradley Campbell and Jason Manning have amply documented. It has a powerful hold on left-wing institutions such as academia. And it is probably doing feminist politicians no favors.

It would be nice, perhaps, if voters selected politicians based on how unfairly they or their group have been treated by society. It would certainly make for an interesting change. But American voters don't seem to be primarily interested in selecting candidates based on their ability to correct historical demographic inequities in representation, much less on the basis of how much they've personally been abused. Mostly, they seem to like tall, physically attractive candidates who project strength - a warrior champion who can defeat their enemies in single combat, and bring home the spoils.

Undoubtedly, there is a great deal of sexism embedded in these lizard-brain sorts of voter preferences. Is that unfair? Yes. Unfortunately, it is also a fact.

Unfair political facts don't go away just because a Twitter mob shames and shuns anyone who notices them. Which was what frequently happened whenever anyone pointed out Hillary Clinton was a thoroughly charmless candidate with the stink of scandal hovering about the hems of her designer jackets. It is happening again to Chait for simply suggesting we should play up the strengths of female politicians, rather than their weakness.

This is a terrible way to handle political arguments. I happen to agree with Chait, but even if he's wrong, the belief that voters like candidates who seem powerful is neither crazy, nor reactionary. It didn't deserve the reaction it got. And the feminist cause of putting more female politicians in office doesn't deserve to meet the political dead end this kind of reaction will drive us into.

This seems to be the dominant reaction on the left whenever anyone suggests, however meekly, that women may face unique challenges in certain environments - at least, if that suggestion contains anything other than an outraged demand that everyone in the system immediately rectify themselves. Suggest that the women themselves may have to adapt, even temporarily, to the reality, and the mob descends into a shame storm.

Unfortunately, shaming and shunning only work on people who recognize your moral authority - who view themselves as part of your moral community. When those tools are deployed against outsiders, all they produce is anger and aggression. And social-justice warriors carry moral authority in only a handful of narrow communities in America - the media, publishing and the arts, academia, certain activist groups. Convince every member of those communities to repeat the party line, and you're still well short of an electoral majority in most districts.

We can hope, of course, that the 999,999th lecture on the ubiquitous dangers of the patriarchy will finally start to change minds outside those select groups. In the meantime, however, we'll have to fight elections with the electorate we've got, not the electorate we'd like to have. Which means we probably don't want to show voters the 2018 gold medalist in the Victimhood Olympics. We want to show them a strong, fearless woman who can win.