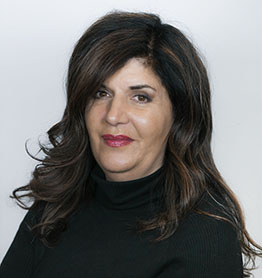 The Democratic Party's alienation of and from working-class voters might be new. But the existence of those voters and the tension between city dwellers and the heartland isn't. The election, therefore, wasn't a realignment; it was a reassertion.

Rural voters in Pennsylvania, Michigan, Ohio, Wisconsin, Iowa and other states have been there all along. They made themselves heard by electing Donald Trump and revealing to too many cloistered elites how much they resented being ruled from afar and ignored at the same time.

And the political class still doesn't get it, insisting on seeing President-elect Trump as a product of a historic, disturbing new tendency in American politics — regionalized factionalism — that pits backwoods rednecks against the worldly, integrated, sophisticated, educated seers of the cities.

Have they never read a history book?

News flash: The United States of America is made up of states. We've been fragmented by regionalism since before the Eastern Seaboard became the United States, and even as it was transformed into a squabbling collection of colonies unified in opposing British rule.

Remember how Massachusetts was vehemently opposed to giving a Virginia planter named George Washington command of the Continental Army? The state's residents believed that because they had fielded more troops, given more money and suffered the most physical, economic and emotional harm for the glorious cause of revolution, they should be in charge.

After the British surrendered at Yorktown, regionalism again split the colonies. New England felt little in common with the Carolinas and the frontier villages. The debate over the Constitution exposed those same rifts — and endangered the postwar project in the process.

The House of Representatives was carefully calibrated to prevent highly populated cities from controlling rural regions. And our (since-abandoned) selection of senators by elected state officials was shamelessly orchestrated to prevent uneducated rabble from having too much influence.

The Electoral College was a compromise to protect regional differences and various prejudices, especially the fear among small states that more populous states would control the selection of a president.

As we've grown, regionalism — both between states and within them — has always remained a divisive force.

Out here in western Pennsylvania, the Whiskey Rebellion was a frantic, poorly organized challenge meant to force the coastal elite to pay attention to the needs of frontier families who were settling the region.

Elites were unhappy because of all of the land awarded to the Revolutionary War veterans and the taxes they expected to have to pay to provide the frontier families with roads, schools and forts.

While Andrew Jackson himself was not quite the populist that history makes him out to be, his rise to become the "people's president" was very much a frontier revolt against coastal domination.

The Civil War was, of course, about slavery. But that, too, had clear regional fault lines.

By the late 1800s, such factionalism took the form of groups like the National Grange of the Order of Patrons of Husbandry. Formed in 1867, it defiantly struggled to preserve rural life against the evils of urbanization, and it still pursues that mission today.

Immigration policy has always divided the country, often just as dependent on the economic needs or social difficulties faced by a particular region at a particular moment than on racial or ethnic considerations.

Small-town and rural America couldn't have cared less when heroin or opioids ravaged big cities for decades. Yet now that those drugs are destroying lives in the small towns of Ohio, West Virginia, Vermont or New Hampshire, they demand it be treated a full-blown national crisis.

In a country as large and diverse as the United States, it should hardly surprise us that such factionalism exists. What's surprising is that elites are surprised — so much so that they portray it as rank racism or bigotry or stupidity and don't try to understand it.

Rural Americans don't want regional differences to be so divisive. By and large, they see such diversity as a strength. They want the states united. City-dwelling elites' response to Trump's victory will tell us whether they do, too.