All Structure and No Play 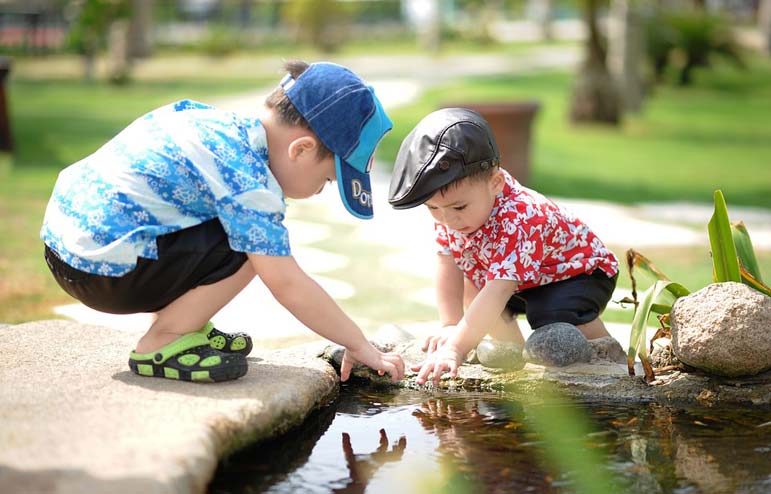 Every day after school and all day on weekends, kids run outside — to get in the car to get to their soccer league or ballet lesson or origami boot camp. It's all good, but here's what it isn't.

Playing is something else entirely, a chance for kids to make up games, run around, paint a rock or climb a tree. And it is this kind of open-ended, unstructured "just goofing around" that is not only pleasant but also absolutely critical to healthy child development. If we want kids to become problem-solving, socialized, self-controlled people — and we do — we can't keep filling all their free time with adult-led activities.

That's the idea behind The Genius of Play, an initiative of the Toy Industry Association to raise awareness of play's importance, and it was the topic of a panel discussion at the Children's Museum of Manhattan the other day, moderated by a former editor of Parents magazine, Dana Points.

Though many parents think of playtime as empty calories, said Points, and believe that even preschoolers should spend more time being instructed on math and reading skills, "more playtime at age 3 is directly related to better vocabulary in kindergarten." What's more, she added, "active play not only helps develop coordination and motor skills" but also is "connected to better sleeping and eating habits. Researchers in Germany found a significant correlation between ample free time (in childhood) and adult social success."

What's the connection? Nancy Schulman, head of the Early Learning Center at New York's Avenues school, put it bluntly: "Everything about play benefits kids. Curiosity, inventiveness, self-esteem and resilience are the four things that kids really get through play."

Think about what you see when you watch kids playing. "They will try something over and over and over again and keep failing but keep trying because they are setting the agenda," said Schulman. They want to make the cat's cradle or kick the ball harder. That's the kind of intense focus they will need in school — and life — but the classroom is a tough place to breed it. When kids are self-motivated, as they are in play (nobody's forcing anyone to play double Dutch), they get the experience of hard work and practicing without balking at ... the hard work and practicing.

They also get the experience of making something happen. To get a game going, even a game of "I'm the princess, and you're the frog," you need to persuade someone else to play with you. This involves all sorts of social skills. In the workplace, it's called leadership.

In Little League or hip-hop class, kids learn certain technical skills and teamwork, but they are not making something happen. What's more, they are being judged, so they're not totally free to make up a new game or dance. Free play doesn't have an authority watching and grading, which means kids get to use their imaginations. If they come up with something that doesn't work, who cares? It's just fun. You can't run the bases backward in Little League, but you can if you're just playing baseball. Voilà! The seeds of innovation.

How can we give kids back their right to play when parents and schools face so many time constraints and fears? Actually, it's surprisingly easy. After school, just keep the gym and/or playground open for free play. Maybe have an adult in the corner, for insurance reasons. But otherwise, just throw out some balls, jump-ropes and cardboard boxes and let the kids at it.

A mind is a terrible thing to waste by "teaching" it all the time.