Can we believe in science if we don't trust scientists? 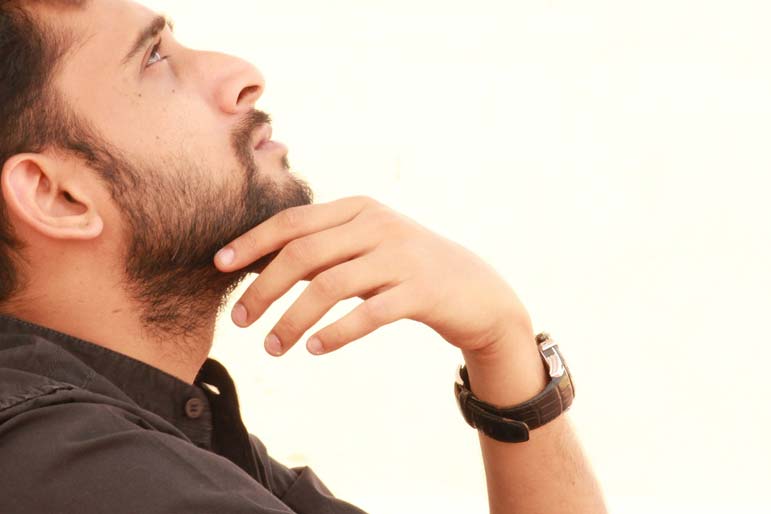 Thousands gathered on the grounds of the Washington Monument this past Saturday for the "March on Science.” What were they advocating? Well, in a word… science.

What can we expect next? Doctors for Hospitals? Lawyers for Jurisprudence? Mammals for Oxygen?

To be fair, there is a real issue here. Namely, the exploitation of science for political advantage. In a perfect world, scientific data would be apolitical, serving as a nonpartisan lodestone for guiding public policy. Facts are facts, and the only debate should be about what they mean, not what they are.

But our world is far from perfect, and the problem is not that we don't have faith in science. It's that many have found good reason to lose faith in scientists.

Case in point. Last February, John Bates, formerly of the National Climatic Data Center, charged that the National Oceanic and Atmospheric Association had manipulated global warming data to advance a political agenda. So here's the question: if climate change poses as grave a danger as scientists say it does, why do they have to fudge the data to prove it?

HOW TRUE ARE THE FACTS?

The arrogance of scientists is evident nowhere more than in their zealotry against religion. Every thinking person knows that the world came into existence through Big Bang and that life developed through evolution. Anyone who questions these axioms is living in a world of denial and delusion.

More than a few members of the scientific community are uncomfortable with their colleagues' blind worship before the altar of science.

Writes Bob Berman in Astronomy Magazine, the truth is that "nobody has the foggiest idea what happened the Tuesday before the Big Bang.” So why not simply say so?

Evolutionary theory — or, perhaps more accurately, evolutionary hypothesis — is riddled with unanswered questions. The first premise is spontaneous generation, the appearance of life where there was none. According to science, this is impossible.

So how did life begin? In 1954, Nobel Laureate George Wald of Harvard wrote in Scientific American: "One has only to contemplate the magnitude of this task to concede that the spontaneous generation of a living organism is impossible. Yet here we are — as a result, I believe, of spontaneous generation.” Dr. Wald then went on to clarify his definition of "impossible.”

It gets worse. There's the dearth of fossil evidence. Dr. Gerald Schroeder points out that wings, for example, appear fully formed in the fossil record. There should be countless examples of macroevolution — intermediate stages of change from one species to another. Evolutionists love pointing to apteryx, a prehistoric flightless bird with hairy feathers, as one such intermediary link. So here is one piece of evidence where they should have hundreds. Where are the rest?

Yet another problem is exemplified by bats, which have echolocation — they navigate by sound. To do that, observed the late Michael Crichton, they would have had to develop >simultaneously specialized vocal apparatus to make sounds, specialized ears to hear echoes, specialized brains to interpret the sounds, and specialized bodies to dive and swoop to catch insects. Without any one of these, the other three are worthless. How did evolution "know” to bring about all four faculties at once?

Returning to the cosmos, we have to deal with the expansion of the universe — which is accelerating, in contradiction to the laws of physics. How does science explain that one? Again, Bob Berman provides the answer: "It's not galaxy clusters that travel outward," the professor will say pedantically, "but space itself that grows larger. The galaxies don't actually move." So here I am thinking, wait a minute. Are we at a Daffy Duck convention?

Educated adherents of religion feel no need to reject evolution or Big Bang completely. But it's difficult to take seriously scientists who demonstrate such utter certitude in the face of unrelenting mystery.

Why aren't there more scientists as honest as Harry Cliff? Unlike so many, the particle physicist with CERN is unafraid to observe that "maybe for the first time in the history of science, we could be facing questions that we cannot answer, not because we don't have the brains or technology, but because the laws of physics themselves forbid it.”

So when it comes to climate change and other matters that may affect the future of mankind, perhaps the scientific community should consider how much their own hubris has damaged their credibility before they blame the public for questioning their conclusions.

The Talmud teaches: One who speculates upon these four things — what is above, what is below, what is before, and what is after — would be better off never having been born.

This does not mean that we are forbidden to ponder the vastness of Creation and the mysteries of the universe. Rather, it cautions us that, as J.B.S. Haladane observed, the universe is not only queerer than we suppose, but queerer than we can suppose.

We would all do well to remember that there will always be more for us to know, that the truth may not be what we want it to be, and that humility is the first step toward wisdom.