Bumps on the road to scoring the 'ultimate deal' 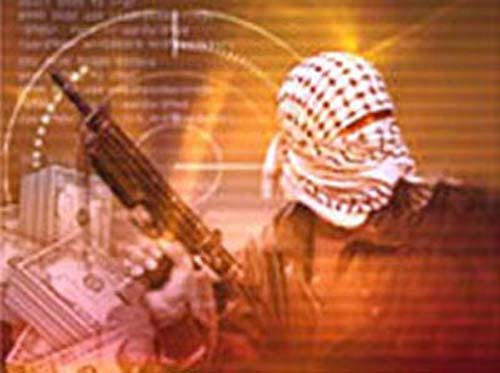 The Trump administration's budding efforts to establish a new Middle East diplomatic process are about to run into some stiff headwinds at home. Many in Congress want to cancel all U.S. aid to the Palestinians because of payments made to [terrorists] who attack Israelis.

p9, unless its chief political counterpart, the Palestinian Liberation Organization, ceases rewarding the families of attackers. The bill is not new, but its sponsors believe that Trump's victory bolsters their cause.

"Last year we introduced the bill. This year we are going to pass it. President Trump will sign it," said Sen. Lindsey Graham, R-S.C., the chairman of the Appropriations Committee's subcommittee for state, foreign operations and related programs. The bill is named after Taylor Force, a former Army officer who was stabbed to death last year by a Palestinian attacker while on a student trip to Israel. Standing alongside his parents late last month, Graham said, "We're going to honor the memory of your son."

Graham argues that withholding U.S. assistance to the Palestinian Authority is the only way to get Abbas's attention and pressure him to dismantle what has become a sprawling bureaucracy dedicated to compensating families of young Palestinians involved in attacks.

The White House didn't respond to a request for comment. But there are signs Trump might be amenable to the idea. Top Trump administration officials have focused on terror incitement in public statements. The White House is proposing huge cuts to foreign assistance across the board and aid to the Palestinians is an easy target.

Democrats point to the risk of destabilizing the Palestinian Authority if the aid is cut off. "We are not going to take steps to jeopardize the security of the West Bank's economic development, which is critically important," Senate Foreign Relations Committee ranking member Benjamin Cardin, D-Md., said last week.

But even some longtime advocates of Palestinian institution-building are now on board with defunding. "We have been doing the same thing for decades, and it isn't working to change Palestinian political culture, and that political culture has to change if we want peace," said Elliott Abrams, a former White House and State Department official.

The Israeli government has been debating the issue internally for years. Graham said that Israeli Prime Minister Benjamin Netanyahu is on board. An Israeli embassy official wouldn't confirm that but told me that the government thinks it very important to shine a spotlight on the issue, especially as the peace process gets going again.

"You can't pay terrorists and support peace," the official said.

Robert Danin, a former Middle East negotiator now at the Council on Foreign Relations, said Graham's legislation is too blunt an instrument but could be useful as leverage, if and when a more comprehensive strategy takes shape.

"This kind of tool is likely to be more effective registering anger and displeasure than affecting any policy goals, including the ones the Trump administration has talked about," he said.

The Palestinian Authority is not likely to respond to an aid cutoff by changing its policies, said Maen Areikat, the PLO's representative in Washington. Its argument is that the payments represent social welfare for families who have lost income earners due to the conflict.

The Trump administration is realizing slowly but surely that many of its campaign ideas, such as moving the U.S. embassy in Israel to Jerusalem, are more complicated when weighed against the need to deal with not only Israel and the Palestinians, but also Arab neighbors who are key U.S. allies.

For Trump, it will come down to a matter of priorities vs. principle. Cutting off all Palestinian aid now won't help him strike what he has called "the ultimate deal."