Want to erase yourself from the Internet? Here's how to do it 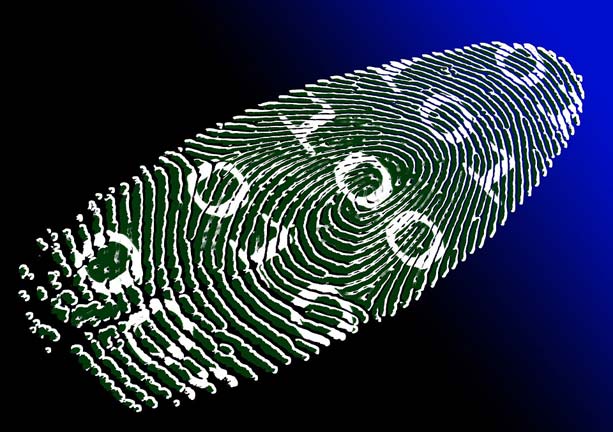 For those of us who spend a lot of time on the Internet, there will be the occasional urge to simply disappear - delete your accounts, roll back your Google results and become invisible.

At this particular moment in time, a lot of people seem to be interested in making that a reality - or at least in trying to completely cover up their tracks. Signal, a text and phone-call encryption app that comes with a recommendation from Edward Snowden, recorded a 400 percent jump in downloads after the election. And while landlords, colleges and potential employers have examined the social-media presence of applicants for years, there are signs that this kind of scrutiny is close to getting much more invasive.

A person's digital trail can also serve as the primary gateway to information used nefariously, opposition-research-style, in the online harassment of private individuals.

But what does "disappearing" online mean, anyway? Deleting all your social-media accounts or simply cleaning them up? Is it possible to totally disappear? Should you? Is there some real benefit to having an online presence? And what do you do if you still need to be on the Internet, just not quite as much as you currently are?

I asked Bradley Shear, a lawyer who specializes in social media and privacy, to walk me through a few different ways to try to become invisible. Before we get into the details, it must be said: If you really want to step away from the Internet and leave no digital trace, you're probably going to have to change a lot of things about the way you live day to day. And you're probably not going to like it.

To go the full off-the-grid route, "it's cash, barters," Shear said. "Do not use any electronic device that can lead back to your whereabouts."

But there are also advantages to having a robust digital life, ones that deleting everything will eliminate. So for those of us stuck in the middle, here are a few considerations:

DELETE YOUR ACCOUNTS (OR AT LEAST CLEAN THEM UP)

Having a social-media account is, more or less, ensuring your active participation in letting the Internet learn more about you. Facebook, in particular, knows a lot about you and is very good at tracking what you do across the rest of the Web. (Yes, even when you're not actively using Facebook.)

"You have to think about the digital accounts you currently have," Shear said. "You have a Facebook, LinkedIn, Amazon, old Myspace? Anything that has your name on it. You want to either delete content from them or delete the accounts altogether." Once that's done, many of the companies will still keep the data you previously gave them, but at least it won't be publicly shared.

No more social media, fine. But that's nothing compared with what Shear suggests next - getting rid of your Gmail account. "Every time you access it, they have your IP address," he said. For those who use an encrypted email service such as ProtonMail, a life disappeared would also mean you can't send emails to people using a Gmail or Yahoo account.

And if you want your activity not to be tracked across the Web, you would have to essentially use a virtual private network, or VPN, every time you access the Internet, unless you exclusively access the Internet from public machines (such as those at a public library). For search, you can use sites such as DuckDuckGo instead of Google or Yahoo, or any other search engine that tracks you.

If all of that's not going to happen, you could at the very least consider deleting unnecessary content from your social-media accounts. Twitter and Facebook let you download an archive of your data on the platform, in case you're worried about losing those great early tweets from college. And beyond the in-account settings for each service, third-party tools such as TweetDelete allow you to erase years of content automatically.

But even that, Shear noted, doesn't provide perfect results. "Using a service that deletes old tweets is helpful," he said. "However, the Library of Congress is cataloging every single tweet ever."

JustDelete.Me provides a good starting point for people who want straightforward links to the deletion pages of a ton of accounts you might have, along with a bit of guidance on how easy or hard it is to delete each one.

For those who aren't going the full "off the grid" or the "delete all your accounts" routes - which would be most of us, let's be honest - Shear said that one of the most valuable things you can do is to litter the Internet with misinformation about yourself.

"Never have a real birthday," he said. "Always use a throwaway birthday" when signing up for social-media accounts or pretty much any other service online. Use a throwaway email. If a site or an app is asking for a bunch of information that you think it doesn't need from you to provide you with whatever service it is promising, don't do it. If that personal information is required to use that service, then make up some stuff. "You want to provide as many alternative facts as possible," Shear said.

If you've already given such information to a bunch of sites, try to change it. On Facebook, it's possible to change your birthday, for instance. But Facebook has a limit on how many times you can do this, so be careful.

Yes, Shear knows that this means he's essentially advising you to ignore the terms of service for these sites, and he's okay with that. "Feel free to protect your privacy and violate their terms of service," he said.

GO AFTER THE DATA BROKERS, AND DON'T BE LEAKY

Anyone who's ever self-Googled knows that there are a ton of "people search" sites out there that promise to host valuable information about individuals. Usually, this information - phone numbers, social-media profiles, addresses, anything else available from public records or through data collection on the Internet - is sold for a fee (but not always).

For instance, the Intersect looked at one particularly creepy site, FamilyTreeNow, a couple of weeks ago. That site takes all the information about you that can be gathered online and through public records, and presents it free, without requiring a log-in.

Welcome to the fun world of data brokers, the businesses that collect this information to sell it to other businesses. Trying to fully disappear from their databases, Shear warned, is like "whack-a-mole."

Here's how to start: "Look at the first five to 10 pages of your Google results and see who has your name," Shear said. Your information will probably be on sites such as Whitepages, Spokeo and Intelius, for instance. Each of these sites should have a way to opt out, but Shear warns that sometimes the opt-out process can be a scam. If the site requires you to verify your identity before opting out by giving more information about yourself or providing a government ID, don't do that.

If you want to start by requesting an opt-out from each of the major data brokers, this list is a good start. There are hundreds of sites like these, though, so be prepared to spend a significant amount of time on the opt-out process. And, you'll need to plan regular checkups for when your information eventually pops back up somewhere else.

The second part of keeping your information out of the hands of data brokers involves plugging any of your existing digital leaks and preventing the creation of new ones. Have you ever signed up for an account by linking it to your Facebook or Google accounts? That was not smart. Don't do that. Undo it if you can.

What permissions have you given each of the apps on your phone? "Most apps ask for way too much information," Shear warned. Does Yelp really need access to your contact list? For that matter, how much do you need that app that requires a ton of access to your phone and data? If you want to keep your phone, Shear recommended, go ahead and delete every single app you don't actually need. Be brutal.

Toward the end of our lengthy conversation, I used the word "futile," for reasons that might be obvious. But Shear doesn't like that word. It's better, he said, to try to do everything you can to erase your online presence as if it's going to work, because "you might not get perfect results, but it's always worth the effort to try."