Is Health Care a Right or a Good? 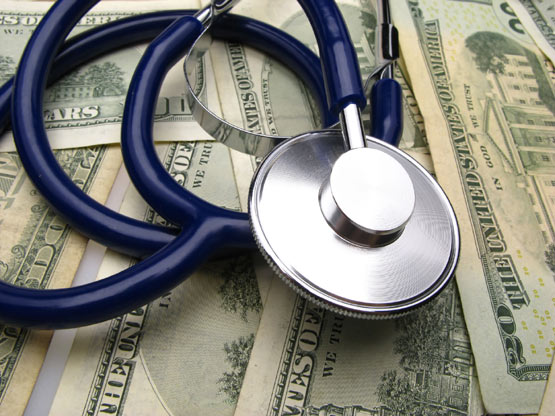 The political fiasco that unfolded last week as President Donald Trump and the Republican House leadership failed to pass legislation repealing the Affordable Care Act, commonly called Obamacare, is attributable as much to the failure of politics as it is to the failure of politicians to understand the constitutional role of the federal government.

Republicans could not muster a majority in the House, which they control, because a determined small group of them want to remove the federal government from the regulation of health care and believe that the replacement for Obamacare that House leaders have offered would keep too much of it in place. The president and his allies have argued that their bill would invalidate enough of Obamacare to return free choices to health care and to fulfill their campaign promises. Neither side has prevailed.

Here is the back story.

When Congress passed Obamacare in 2010, it did so without a single Republican vote. The premise underlying the highly partisan 2,700-page legislation is that health care is a right belonging to everyone in America and the federal government has a constitutional duty to provide it.

The economic structure of Obamacare requires 100 percent participation of everyone in America so as to ensure a large pool of insurance premiums — whether paid by individuals, employers or taxpayers — from which to pay health care providers. Still, premiums don't cover costs, which is why President Trump says Obamacare is collapsing.

The regulatory structure of Obamacare orders every primary care physician to keep all medical records on personal computers, to which the Department of Health and Human Services has access. Thus, the long-revered and uniquely American value of the patient-physician privilege — the certain knowledge that your doctor will not reveal what you tell her or him — has been obliterated. The statute also has given the secretary of HHS unreviewable powers to regulate intricacies of the delivery of health care in America.

Along with this expensive and bitter medicine — which has caused hundreds of thousands of folks to downgrade to part-time work, reduced the wages of millions more and driven thousands of health care providers into retirement or new occupations — Obamacare also has provided some sugar. The statute orders insurance carriers to cover pre-existing conditions, children on their parents' policies up to the age of 26 and expensive elective procedures, such as abortions and sex reassignment.

After the Republicans acquired full control of Congress in 2015, they delivered numerous repeals of Obamacare to President Barack Obama, knowing that he'd veto them, which he did. These were complete repeals — essentially removing the federal government from the regulation of health insurance and the delivery of health care.

Now that Republicans control Congress and the White House, you'd expect that they would do the same, as they have promised. No such thing has happened. The legislation that Republican House leaders offered last week retained the basic premise of Obamacare — that health care is a right and the federal government has a duty to provide it — and just nibbled a bit at the edges.

Under the House proposal, the obligation to have health insurance would remain, but you couldn't expect it from your employer; you might have to pay for it yourself. And the penalty for the failure to have coverage would not be a tax from the IRS; it would be a $3,000 annual surcharge from your insurance carrier when you sign up. You could buy insurance tailored to your needs, but nearly all remaining federal regulations would stay in place — including a new Orwellian one that would permit your employer to require you to undergo genetic screening.

This Obamacare lite has been resisted by about 30 House Republicans who reject the premise that health care is a right. Without their votes, it would not have passed last week, so the House leadership declined to hold a vote.

Is health care a right in America?

In a word, no. Rights are either natural immunities — existing in areas of human behavior that, because of our nature, must be free from government regulation, such as life, liberty and the pursuit of happiness, as well as speech, the press, religion, travel, self-defense and what remains of privacy — or legal claims that we qualify or bargain for, such as the right to vote, which the Constitution presumes, and the right to use your property to the exclusion of all others and the right to purchase a good that you can afford.

But the federal government cannot create a right that the Constitution does not authorize. It can't constitutionally transfer wealth from taxpayers or employers to others and then claim that the others have a right to the continued receipt of the transfers. The Supreme Court has ruled that even Social Security, Medicare and Medicaid are government largesse that Congress could terminate because no one has a right to them.

Of course, the federal government has been creating expectations that it calls rights for centuries. To stay in office, members of Congress bribe the rich with bailouts, the middle class with tax cuts and the poor with made-up rights to all sorts of things.

Yet under the Constitution, health care is not a right; it is a good — like an education or a gym membership. You work hard, you decide what goods to purchase. If government gives you the good, that does not magically transform it into a right. Bravo to the courageous House Republicans who recognize this.