Highly opinionated, I'd never make it running for office 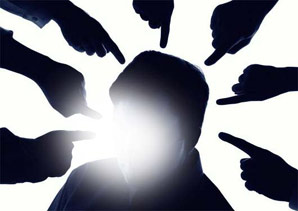 The other day I was cooling my heels at the immigration office, waiting for my client's naturalization interview. To pass the time, we went over some of the questions on the civics part of the exam, most of which had something to do with politics. At one point she said, "Would you ever run for office?" And, laughing hysterically I said, "Sure, just as soon as I un-write every single one of my newspaper columns."

Given that English was not her first language and humor is not my first calling, she didn't get the joke. But anyone who has read me most certainly does.

My paper trail is as wide and as deep as the Mississippi, which we'll get back to in a minute. It's no secret where I stand on any given issue, so neutrality for me is what soap and water are for a Kardashian: completely out of reach. If you Google my name (please don't Google my name,) there's a mother lode of comments both from me and about me (including lots of words that contain "mother") and which will make it impossible for me to appeal to a wide audience.

But, Dear Readers, this is not about me announcing a campaign strategy. Despite what some believe, I still hold on with calloused fingertips to the fraying threads of my sanity, which means that I would never consider throwing my lacy Lenten head-covering into the ring (we'll come back to that one, too.)

This is about why anyone who has ever expressed a controversial opinion on anything is permanently blocked from navigating the political highway, unless of course they've apologized profusely and been suspended by NBC, in which case there's hope. If the most shocking thing you ever expressed was a preference for vanilla ice cream over chocolate, you have a shot at a political future (although now that I think of it there is something vaguely racist in that so don't quote me.)

But if you oppose abortion and same sex marriage, support the surge and Sarah Palin, think pot should be banned and prayer is just grand, and have a problem with the "honor system" in voting, the only public office you are ever likely to hold (and I really mean hold) is Barbie's Congressional Headquarters Set, complete with miniature redistricting map and Scheduling Secretary Ken.

Looking back over some of the things I've written, it's clear that no one on either side of the aisle would ever vote for me.

I'm unapologetically anti-abortion. I don't believe in exceptions for rape and incest, and think that the only time a woman has the right to terminate a pregnancy is if her own life is in danger. I used to call myself pro-life, but that's not really honest because I'm also in favor of the death penalty. Some would say that this makes me a hypocrite, caring about the life in the womb but willing to destroy that life when it's sitting on death row after having murdered an innocent human being.

If that makes me a hypocrite, I wear that badge proudly.

Another badge I wear quite proudly is the one that came with my "Growing Up Catholic" membership pack, along with the aforementioned lace doily head covering, the year's supply of frozen fish sticks, the pathologic fear of Ouija Boards and the black patent leather shoes that only reflect up if they're clean, which they never were.

My abhorrence of abortion stems from that religious formation, as does my understanding that marriage exists between a man and a woman. I respect the separation between church and state, hence by acceptance of domestic unions (even though I don't know why they're limited to monogamous pairings and not extended to polygamous or polyamorous ones.) But my faith teaches me that marriage is a sacred communion between a man and a woman with, of course, the possibility of creating life at its core.

So I'm an anti-choice, homophobic harridan. But wait, I'm also a racist because I think that Voter ID is a good idea. Of course, as the daughter of a man who went down south to Mississippi in 1967 to register voters and was almost ambushed by the Klan, the title of bigot sits uncomfortably on my shoulders. But I must be a racist, because I believe that asking people to present evidence of their identities is not a form of voter suppression, but common sense.

But I'm hardly the conservative darling. I think that the GOP in particular and conservatives in general are dead wrong about immigration reform which they call "shut the border and then we'll talk." I also think that the Second Amendment is not written on one of those Biblical Tablets brought down from Mount Sinai and that reasonable gun control legislation is not only legitimate, it's critical. I also believe that President Barack Obama was born in the United States, just as I know Ted Cruz was not and — guess what? — they're both citizens.

It's kind of sad that people need to be afraid of taking positions. I once asked a friend why she thought politicians were so cautious, and she said they wouldn't be electable if they annoyed too many people, too much of the time.

True enough. That's why you won't find me shaking hands at the subway stop, begging for money at rubber chicken shindigs and kissing the babies that have been allowed to make it out of the birth canal.

I'm smart enough to know that 2 plus 2 means forget it.