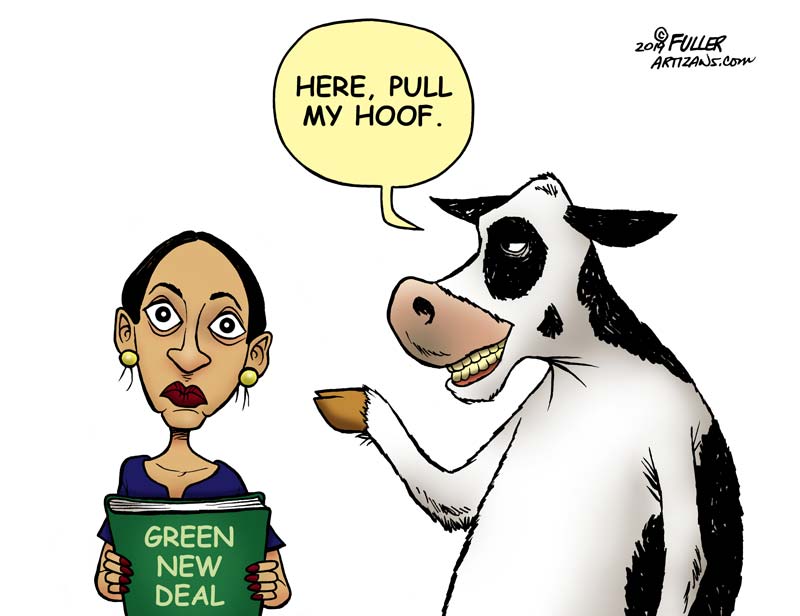 Like all myopes, the Green New Dealers can see clearly only what's right in front of them, which is to say the United States, beyond which they perceive only the fuzzy outlines of a half-mythical European enviro-paradise.


And 30 years ago, that was an almost reasonable way to look at the problem. But today, the United States accounts for 4.3 percent of the world's population, roughly 25 percent of its economic output and 15 percent of its carbon emissions from fuel combustion.


And India, with a population almost as big as China's, produces only about 3 percent of global GDP and 6 percent of emissions.


Looking at these three countries brings the scale of the problem into focus.


There is a small, rich world that lives in comfort and plenty, and a much larger, poor one that wants to get rich.


To do so, those billions of people will pass through an intermediate stage when their developing industries are much dirtier than their highly regulated rich-world counterparts. The global emissions problem is likely to get much worse before it gets any better.


Even if the United States becomes ever more efficient in its energy use, that still won't prevent the planet from warming. For that matter, zeroing out U.S. emissions and moving the whole country into yurts wouldn't prevent the climate from warming, because Americans are not the biggest problem anymore.


The problem is the more than 6 billion people who aren't living in the rich world.


No matter what rich-world economies do about their energy consumption, or what "moral leadership" they exert, people in the non-rich world are going to want to drive cars instead of walking; to wash their clothes in machines instead of in a river; to cool their houses with air-conditioning; to eat meat every day -- in other words, to do and own all the things that make modern rich-world lives so safe and pleasant.


Developing countries aren't going to put scarce resources into artificially expensive "green" ways of replicating the rich-world lifestyle; they're going to get there by the least costly route.

There are a number of possible paths to that outcome, and the United States should be walking them all: massive government investment in scientific research, along with a revenue-neutral carbon tax and research prizes to encourage private industry to get into the act.


Then there is the road best not taken: massive regulatory programs to marginally improve the energy efficiency of American buildings and appliances; subsidizing high-speed rail and public transit in a country almost entirely devoid of the population densities needed to make them feasible; larding green initiatives with ideological wish lists that will do nothing to prevent climate change but will do a lot to polarize the country on the most important policy priority of the 21st century.


The latter set of options is, of course, the route that the Green New Dealers have charted for America.


If they'd looked past their own backyard, however, they'd have seen it's a dead end.