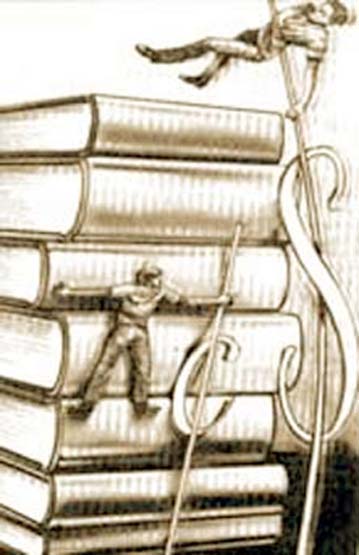 More than $1 billion would be spent on private school vouchers and other school choice plans under the budget proposal released Monday by President Donald Trump and Education Secretary Betsy DeVos. The proposal also calls for slashing the Education Department's budget and devoting more resources to career training, at the expense of four-year colleges and universities.

The proposal would cut $3.6 billion - about 5 percent - from the Education Department by eliminating several discretionary programs, including one that funds after-school activities for needy children and another that covers teacher training. It contains many of the same ideas that DeVos pitched in her budget proposal last year, large portions of which Congress rejected.

"So many of America's poorest children - especially African American and Hispanic children - attend failing public schools that afford them little hope of fulfilling their great potential," Trump said in his budget summary. "That is why families should be free to choose the public, private, charter, magnet, religious or home school option that is right for them. The budget empowers parents, especially of our disadvantaged youth, to choose the very best school for their children."

In a separate item, Trump seeks to ax a $40 million scholarship fund for District of Columbia residents who attend colleges and universities, a subsidy intended to make up for District residents not being able to get in-state tuition.

DeVos originally sought $2.5 billion to support school choice initiatives, including private school vouchers, but the Office of Management and Budget rejected her request, according to people familiar with the proposal. She is once again seeking to cut several discretionary programs, including federal funding for the Special Olympics and a grant program for college students with "exceptional financial need."

"The budget . . . reflects our commitment to spending taxpayer dollars wisely and efficiently by consolidating and eliminating duplicative and ineffective federal programs that are better handled at the state or local level," said DeVos, who wants to eliminate 29 discretionary programs. "I look forward to working with Congress to pass a budget that puts students first and returns power in education to where it belongs: with states, districts and families."

Many of DeVos' budget priorities for higher education mirror provisions in the House GOP higher education bill, giving the secretary a good chance of seeing her vision in that realm come to fruition. Still, the forthcoming Senate version of legislation could be far less partisan than what Republicans are rushing through the House. Sen. Lamar Alexander, R-Tenn., chairman of the Senate Health, Education, Labor and Pensions Committee, has vowed to work with Sen. Patty Murray of Washington, the ranking Democrat on the panel, to craft a bill, although the two are heading in different policy directions.

DeVos' budget proposal last year sought to cut 13.5 percent of the agency's funding, and aimed to cut college work-study programs in half and end public-service loan forgiveness. Congress scaled back the reductions significantly and refused to approve a number of steps DeVos sought, including the work-study and loan forgiveness efforts and a plan to redirect federal money to expanding private school vouchers.

The budget also includes other initiatives:

• Allowing low-income students who receive Pell grants to use them to enroll in short-term programs, although funding overall would not increase much. As it stands, students cannot use grant money to pay for academic programs that are shorter than 15 weeks or have fewer than 600 hours of instruction time. Although the budget proposal lacks specifics, the department could model legislation introduced by Sens. Rob Portman, R-Ohio, and Tim Kaine, D-Va. The pair have a bill that would allow students to use Pell grants for programs with a minimum of 150 hours of instruction over a period of at least eight weeks.

• Folding the Iraq and Afghanistan Service Grants, a form of federal aid for the children of deceased service members, into the Pell program to safeguard it from automatic spending cuts under sequestration, a package of cuts that is part of the 2011 Budget Control Act. Democrats proposed the same move in legislation to overhaul the Pell grant program last year.

• Taking an ax to loan forgiveness for public servants and to subsidized loans through which the federal government pays interest while an undergraduate borrower is in school.

• Consolidating five income-driven student loan repayment plans into a single plan that benefits undergraduate borrowers, who can have the balance of their loan forgiven after paying 10 percent of their income for 20 years. As with his proposed budget last year, Trump wants to make good on a campaign promise to shorten the payment period to 15 years for undergraduates, but raise monthly paymentsto 12.5 percent of income for both undergraduates and graduate students. Graduate students, though, would have to pay for longer: 30 years.

This time, the administration is proposing to automatically enroll people who are severely behind on their loan payments in an income-driven plan, which could help bring down the default rate.

• Reorganizing the department, including consolidating the Office of Postsecondary Education and the Office of Career, Technical and Adult Education, a move that underscores the Trump administration's focus on transforming postsecondary education into career training.