Fees, fines, loans, scams: How the poor get poorer 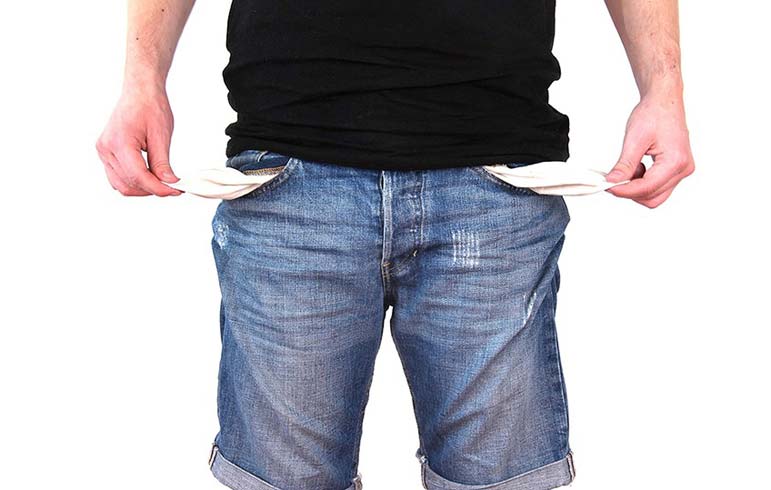 Debt is a greedy beast.

Once it gets its fangs in you, it can devour you. It's true for the rich. It's far worse for the poor.

When we talk about poverty and its causes, we often ignore the role of debt, which is the subject of a recent report issued by Community Organizing and Family Issues, or , a organization that trains and organizes low-income women of color.

Carpenter, who lives in Englewood, recounts a plight too familiar in some neighborhoods.

"The year my gas was turned off, I went for months without a stove, no hot water, and no heat," she says in the report. "At the time, there were five of us living in the house -- me and my four kids. My brother helped me pay off the bill and also the extra late fees. But just when I think I got it where it needs to be that gas bill shoots back up."

Her meager income makes it hard to pay in full, which leaves her vulnerable to the utility scams common in impoverished neighborhoods.

"In the past I signed up with people who knocked on my door to say I could get better rates with them," she recounts. "They get your information and next thing you know, your bill is flying through the roof."

The report also tells the tale of , whose husband, now her ex, stole the license plates off her car and racked up more than $6,000 in tickets and fines under her name.

When she was offered jobs at her children's school, the process stalled -- because the official application revealed she had debts with the city.

"People who have debt cannot get city licenses for jobs like barber or beautician or cab driver," the report says. "Thus, city policy -- which lacks accessible repayment plans -- limits access to employment necessary for families to catch up. And often, parking ticket debt leads to driver's license suspension -- no way to get to the job if you find a job. Debt traps you in its spiral again!"

Another woman in the report described the plague of credit card interest rates.

"My husband is working at a shop," she said, "but he has to buy his own materials and tools. We couldn't afford to buy the tools outright so we had to get a credit card in order to buy his materials. But he needed the tools to do his job, and the only credit card he could get had extremely high interest rates."

Nobody, rich or poor, likes to discuss debt. It often comes with shame, sadness and guilt. To help the survey respondents talk openly, deployed parents from the communities they surveyed.

Working with , the parent-leaders held forums and went out into neighborhoods, as well as to the suburbs and downstate.

One of the leaders was Rosazlia Grillier, an Englewood resident who has had her own financial struggles.

"There's a grave mistrust," she said when I called her Thursday, discussing the difficulty of getting people to open up about their finances. "They felt more comfortable talking to people who aren't going to look down on them because they're in the same circumstances."

Most of the 304 people surveyed were women, almost all were black or Hispanic. Fifty-eight percent had incomes of less than $15,000 a year -- an important detail.

Why don't they just pay their tickets and bills?

Someone reading this is bound to be asking that question. The answer is that when you live on next to nothing, food and housing come first, which leaves little to spare.

The report (found in full at http://bit.ly/STOPReport) goes beyond defining the problem. It also proposes solutions. Among them:

• Make laws that make it harder for governments and courts to "impose unwieldy fees or debt collection procedures in order to fund their budgets on the backs of families least able to pay."

• Crack down on utilities scammers.

The solution isn't only in the hands of government, of course. is also working with people on how to read their utility bills, how to save money and how to be their own advocates.

Poverty has many tangled causes, but when we debate them, we need to include the pernicious nature of debt.

I asked Grillier who she thinks should read the report.

"Everybody," she said. "This sheds light on real people. There are real people behind these numbers. We should all be aware of one another."