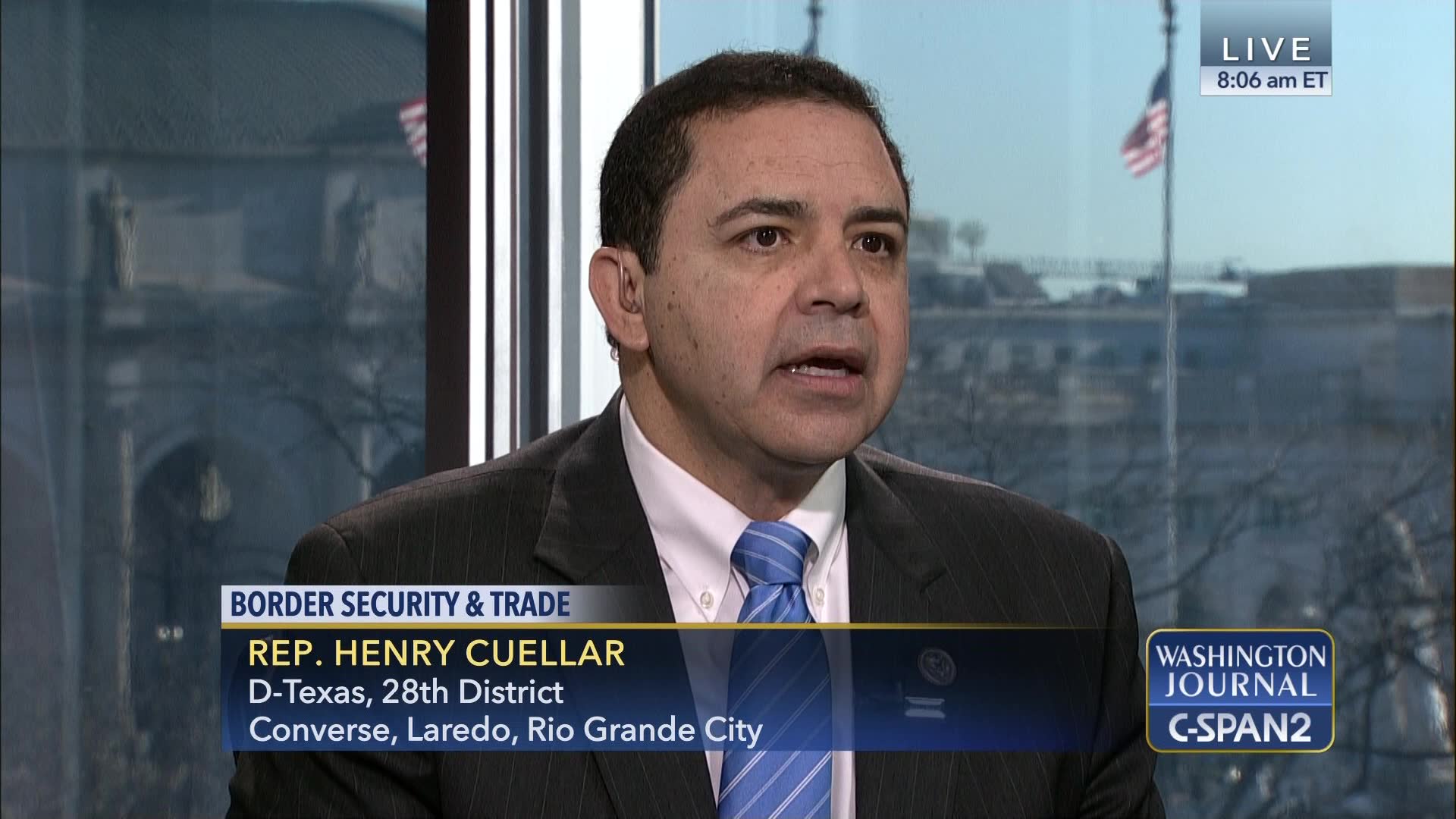 A grassroots Democratic group that helped power the upset victory of Rep. Alexandria Ocasio-Cortez, D-N.Y., has identified a Texas Democrat as its first target ahead of the 2020 congressional primaries - but as of now, Ocasio-Cortez herself is staying neutral.

Justice Democrats, a political committee founded after the 2016 election to reshape the Democratic Party through primary challenges, is now working to recruit a challenger to Rep. Henry Cuellar, D-Texas, a seven-term congressman from a strongly Democratic district who's one of the few anti-abortion-rights voices in the party's House conference.

In a statement, the group compared Texas's 28th Congressional District, which gave the president just 38.5 percent of the vote in 2016, to other districts where left-leaning candidates have unseated incumbents. It is launching a "primary Cuellar fund" to encourage any potential canddiate that there will be resources if he or she jumps into the race.


Cuellar's office did not respond to a question from The Washington Post, but he has long been seen as a target for the party's left wing as it works to build its bench. Last year, after a left-wing primary challenger to Rep. Daniel Lipinski, D-Ill., was narrowly defeated, Cuellar told The Post that he would hold his seat in any primary.

"They came after me twice, and I beat 'em," Cuellar said. "LBJ used to say: What's the difference between a cannibal and a liberal Democrat? Cannibals don't eat their own."

The Justice Democrats campaign to oust "corporate Democrats" was restarted after the 2018 elections, with Ocasio-Cortez, one of her party's biggest stars, as its de facto spokesman. In a mid-November call with activists, Ocasio-Cortez said that they could "save this country" by either shaming incumbents out of accepting "money from oil and gas companies," or by ousting them at the polls.

"We've got to primary folks," said Saikat Chakrabarti, who would become the congresswoman's chief of staff.

But Ocasio-Cortez is not intervening in the "primary Cuellar" campaign right now. In her first days in office, the congresswoman has publicly criticized a House rule that required offsets for any spending increases, while privately working to get appointed to at least one committee with jurisdiction over taxes or health care.

While she was not appointed to the Ways and Means committee after a left-wing campaign on her behalf, Ocasio-Cortez is expected to get a seat on the Financial Services Committee. She is not part of Justice Democrats' primary recruitment push.

"We're not active in their process," said Ocasio-Cortez's spokesman, Corbin Trent, a co-founder of Justice Democrats. "We're focused on getting up and going."

Cuellar himself first arrived in Congress via a primary challenge, ousting a more liberal colleague in 2004 to win his seat. He defeated that colleague in a 2006 re-match, and has been politically safe ever since.

Left-wing campaign groups, which had their greatest success last year in deep blue districts, have pointed to the heavy Democratic advantage in Cuellar's seat as evidence that anyone who unseated the congressman would be elected in November. Cuellar also rankled Democrats last year by helping raise money for Rep. John Carter, R-Texas, who narrowly defeated a strong Democratic challenger in the Austin exurbs.

"South Texas is in a special position to lead the nation on immigration, renewable-energy, and healthcare, yet Henry Cuellar has failed to do this by instead voting with Donald Trump nearly 70 percent of the time," said Danny Diaz, an activist in the district who co-founded a voter turnout group, Cambio (Change) Texas.