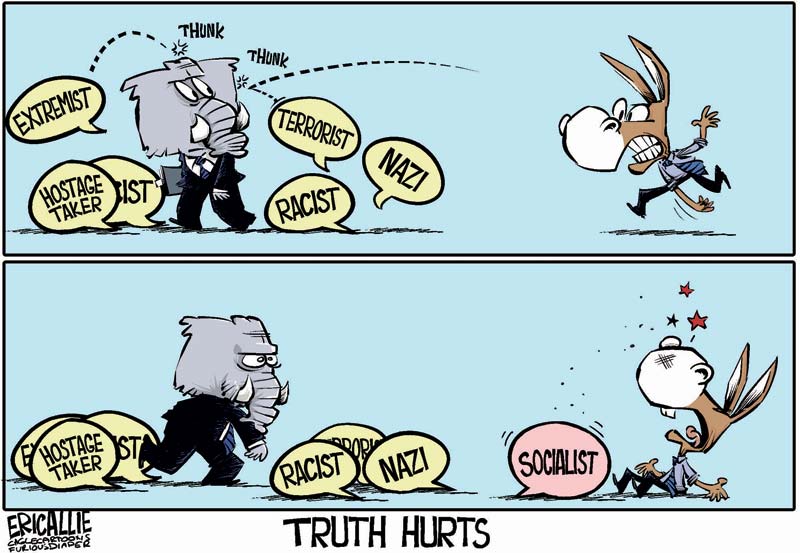 Writing in The Washington Post on Saturday, columnist Dana Milbank made the point: "It's time for Democrats to be the grownups." But on matters large and small, it appears that they cannot escape their own shallowness and they are stuck in early adolescence.

We are only in the second week of the new year and some of the Democrats' rookies have made rookie mistakes. There has been everything from off message blunders, such as one representative's profanity laced diatribe while calling for the president's impeachment to another floating a 70 percent marginal tax rate. But that's not all.

While it didn't get the attention it deserved, Sen. Bernie Sanders, I-Vt., entered into a revealing Twitter exchange with Rep. Liz Cheney, R-Wyo. Instead of defending the socialist policies he supports, he attacked the congresswoman's father, former Vice President Dick Cheney, who has been out of public life for a decade. Specifically, in response to Liz Cheney's floor speech last week in which she said "the fraud of socialism . . . strips power from the people and gives it to the government," Sanders tweeted, "I wasn't aware that it was 'socialism' that lied about weapons of mass destruction in Iraq, and got us into a horrific war that we should never have started." Frankly, that exchange was more telling than anything else from the Democrats' first week of the new Congress. Notice there was no affirmative defense of socialism. Sanders had to go out of his way to be insulting.

More than the half-cocked rookies, you would think Sanders would have the experience, not to mention the dignity, to keep things intellectually honest and on a higher plane. Considering just how much energy the new, fashionable Democratic socialist left seems to have these days, this exchange was particularly illuminating.

It made clear that Democratic socialists really have nothing to say. They are against the very things that have put the American economy on a roll. If they said what they were really for, voters would be turned off. Rather than stay quiet, they resort to insults, speak in platitudes, go off on tangents or otherwise hyperventilate.

Additionally, Rep. Brad Sherman, D-Calif., pledged last week to reintroduce articles of impeachment against President Donald Trump even though few believe doing so will be useful beyond scratching the itch of Trump haters. According to a Harvard/Politico survey released last week, impeaching the president tied for last place on a list of 21 possible priorities for the new Congress. But Democrats are out to get Trump at any cost.

Further highlighting the Democrats' lack of discipline, Tuesday night's tag-team response from House Speaker Nancy Pelosi, D-Calif., and Senate Minority Leader Charles Schumer, D-N.Y., to Trump's address was clumsy and ineffective. Trump looked measured and serious while the Democrats could not resist taking some potshots. They exaggerated and attacked the president for doing and saying things he did not do or say.

Trump has certainly done his part to lower the quality of the debate and public discourse in Washington. But the question is: Are Democrats prepared to offer a contrast or are they just going to try out-Trumping Trump?