The beauty of a power outage 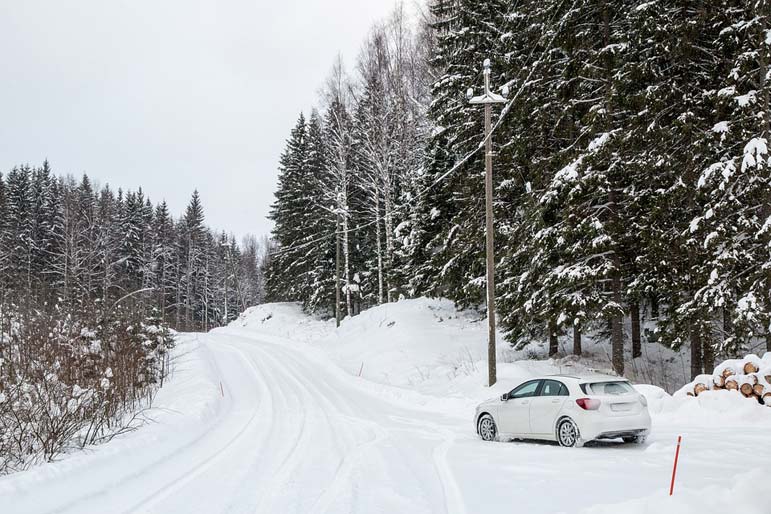 There are people who respond cheerfully when the power goes out during a winter snowfall. They relish huddling and cuddling under fluffy blankets and playing board games by candlelight. As my mother urged in every adverse circumstance, they make an adventure of it.

I'm not one of those people.

When Saturday dawned and I saw wet snow collecting on every limb and branch in our tree-lined neighborhood near Kansas City, Missouri, I panicked. Heavy branches would soon be broken branches. Broken branches bring down power lines. Power lines are all that separate me from the shivering cave dweller hunched over a bloody scrap of some limping meat source, a microbe away from grim death.

I slogged into the yard with a tree lopper and a broom. Anything I could reach near a line, I cut down. Higher limbs I jiggled with the broom until they dumped their freezing payloads into my upturned face and down my back. The sight of snow dropping from a burdened limb, the sound of it landing with a faint "whoompf" as the bough dances briefly, reminds me of the decisive moment in Jack London's short story "To Build a Fire." Freezing in the Yukon, an unnamed frontiersman manages to spark a fire to life - his tenuous connection to further tomorrows - only to have the little blaze snuffed under a load of snow from an overhead branch. With fatal consequences.

Next, I dug out the cars so that, in the worst case, we might make a break for it. Head south like the father and son in Cormac McCarthy's unbearably grim apocalypse tale "The Road." Go until the world thaws, or the road ends, or we are harvested for food by a more sufficient, more ruthless band of survivors. There may be no sharper definition of failure as a father than having your family harvested to feed a stronger tribe.

Such were the dreads stirred by the sight of wet snow in tree branches. They haunted me even as the most delightful team in professional football, the Kansas City Chiefs, sprang its crafty surprise on the Indianapolis Colts (the Chiefs played defense!) on our high-definition TV. It didn't occur to me that there might be another way to view this snowstorm until first my wife, then Daughter No. 1 and finally Daughter No. 2 each gazed in wonder through the back window and exclaimed: "It's so beautiful!"

Later, after the inevitable struck and the power finally failed, I took a walk to escape for an hour the pall that hangs over a provider and protector whose home is growing dark and frigid. For the first mile, I stared grimly at my boots. But when I looked up and saw the intricate lacing of dark boughs softened by white snow curving overhead like Gothic tracery - a fleeting suburban Chartres Cathedral carved in a stone-gray sky - the wisdom of the women was undeniable. This was beautiful indeed.

It was beauty on the offhandedly lavish scale that only nature can manage. To muffle every twig and bough for hundreds of square miles in the space of a quiet hour or two is such a show of force that a human being is ridiculous beside it - except as a witness to the majesty. Add to that the utilitarian genius of nature, which magnifies the beauty. For such snow serves a purpose in the balance of forest ecology: pruning the canopy, taking down diseased limbs and failing trees, thinning the aged upper story in favor of green shoots below.

This marvelous planet cloaks its works of renewal in spectacle and awe: the cleansing neon wildfire, the volcano oozing new land in blood-red streaks, the foamy tsunami ploughing up tired seafloors. In his masterpiece of nature writing "The Emerald Mile," Kevin Fedarko captures a scene in the ongoing creation of the Grand Canyon, in which a torrential desert rainfall becomes a flood pouring over the canyon rim. The water rips away a massive piece of the canyon wall and dumps it into the Colorado River far below. The power is fearsome, sublime.

And the skies clear as if nothing had happened.

Forty-eight hours after our lights failed, the temperature at home was a nippy 45 degrees. Outside, it was almost as warm. Under the drippy trees, a crew of electricians mustered at the top of the block, decked in Carhartt coveralls and our hopes.

Two days is a long time for us. It is nothing to nature. Time is nature's ace in the hole - time, plus its unwavering focus on creating and destroying, birth and rebirth. New seedlings in the mulch of fallen trees and branches. New species on the graves of species past. Humans have spoken in our hubris of taming nature. With a different, more admirable, hubris we speak of saving nature. Both ideas assume powers we don't possess.

We can, however, inhabit nature, take part in it, make peace with it by accommodating ourselves to its inexorable ways. We can make an adventure of our season of growth, and when the time comes, find beauty in Earth's winnowing cycles. Alpha and omega. World without end.