Dems are coming unhinged over the Trump economy 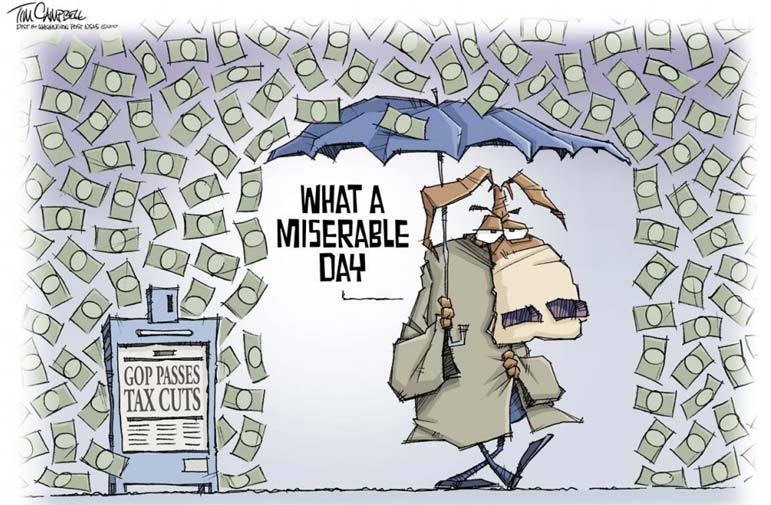 Specifically, in case you missed it, Wasserman Schultz actually said she is "not sure that $1,000 ... goes very far for almost anyone." And Pelosi, who described a $40-per-paycheck Obama-era tax cut as a "victory for America," said thousand-dollar bonuses are just "crumbs."

These comments are gifts that will keep on giving. I can imagine the campaign ads this fall that will feature their quotes. But Wasserman Schultz and Pelosi are just the tip of the iceberg. Democrats are coming unhinged over the Trump economy.

At first glance, I thought reports saying Democrats had ridiculed thousand-dollar bonuses brought about by the Republican tax cuts were from the Onion. But they aren't. Democrats are flustered and can't deal with Trump's economic success. When is the last time Democrats had a plan for anybody to get a $1,000 raise from the private sector without compelling an employer to just hand it over? Maybe they planned for more food stamps, but never to unleash the private economy and power of profits.

The esteemed Larry Summers seems nostalgic for the low-growth Obama years. Writing in The Washington Post this week, Summers claims that "while Trump will probably try to take credit for all the economic good news, it is unlikely that he deserves it." Summers is right - up to a point. President Barack Obama's economy did produce stabilization after a traumatic recession.

But it's Trump's pro-business policies and attitude that have turbocharged the economy. Trump and Republicans in Congress are responsible for the economic boost that at least 3 million Americans and counting are receiving in the form of tax-reform bonuses. Not Obama, not the Democrats.

Summers implies that Trump's "populist nationalism eventually produces bad economic results, leading to more pressures for antiestablishment leadership and extreme policies." I guess "eventually" can't get here quick enough to suit liberals. And oh, by the way, the crowd of pro-growth, business-minded participants at the World Economic Forum in Davos would probably beg to differ with Summers. I am writing from Davos, and Trump's presence gave the entire conference an energy and buzz of positive excitement.

But don't just take my word for it. According to CNN Money's Alanna Petroff, "Davos loves the Trump tax cuts." The business leaders here are upbeat to say the least, and the political leaders can barely contain their secret yearning for Trumpian economics to come their way.

With that said, Trump's finale speech was pretty low-key. But by any measure, his visit to Davos was a solid success. I hope he attends Davos every year that he is president. The World Economic Forum is a venue that suits him.

The president didn't come out guns blazing, as many thought he would. Instead, he offered reassuring language and a measured tone. Maybe Trump without Stephen Bannon really is different. Maybe that is what the Democrats fear most.

Anyway, the midterm elections are headed toward a contest of anti-Trump, pro-impeachment Democrats vs. Republicans who are leading a booming economy. It will be interesting to see how the Democrats' message will evolve away from the Pelosi/Wasserman Schultz comments and toward a message that promises to not take away what Trump's policies have produced.