Both parties can agree on infrastructure, sort of 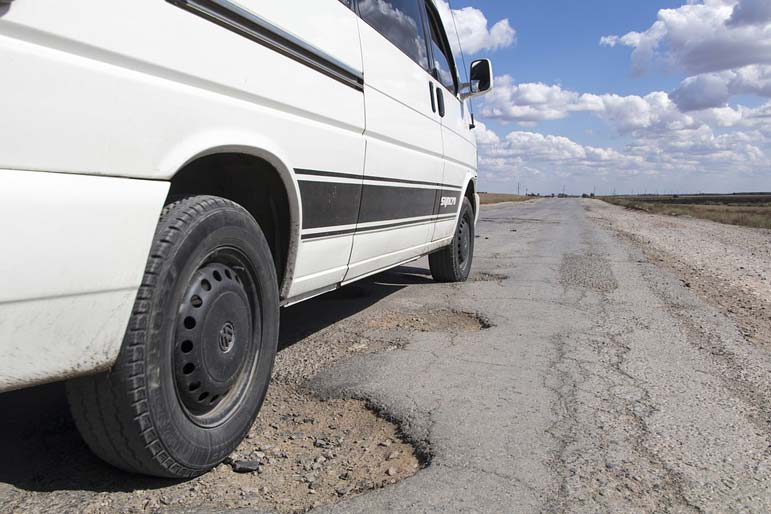 The Republicans' plan to "repeal and replace" Obamacare seems, for the moment, to be going nowhere. President Donald Trump's executive orders on immigration have Democrats in a tizzy. That empty seat on the Supreme Court will stay empty until Trump and his opposition find some common ground. But there's one area where Democrats and Republicans seem to agree: infrastructure. Trump's been talking about it on the campaign trail, and now Democrats have countered with a plan of their own to spend $1 trillion over 10 years.

Well. Not "plan." More of a wish list. Real plans have some sort of core philosophy, not a grab bag of stuff it would sure be neat to do. They also come with a method for funding them.

To put matters in perspective, health-care reform was the No. 1 priority for both Democratic candidates on the campaign trail in 2008, and Obama spent the first year of his presidency pushing to get it passed. It took that whole year, and a bit more, just to figure out how to fund the bill. And at that, they had to attach all sorts of dubious "pay fors" to bring in more revenue on paper -- rolling the student loan program into the bill, inventing never-never taxes like the plan to make everyone file 1099 forms on any vendor who sold them more than $600 worth of goods, and even tossing in whole imaginary programs like the doomed Class Act.

On infrastructure, neither Democrats nor Republicans have done any of this hard work. Financing mechanisms we have right now, like the federal gas tax, have already proven extremely difficult to increase, because anti-tax groups are bitterly opposed. Trump has made some noise about using tax incentives to encourage private investment, but that sort of private investment is only going to work on infrastructure that can offer those investors a substantial return, like toll roads. That's a pretty limited subset of our national infrastructure, and limited still further by two facts: states ultimately control roads, and the federal government cannot compel states to charge tolls.

That said, there are some reasons to think something might happen, even if it's not quite as ambitious as the wish lists suggest. For one thing, Trump has been talking about it -- and for obvious reasons, construction is going to be a place where his mind logically goes, when he starts thinking about what his signature initiatives should be. For another, infrastructure is likely to be popular with the rural base that voted for him.

Infrastructure is one of the few areas that actually transcends our partisan divide to some degree. Sure, Republicans don't like taxes, but they do like roads and bridges. And sure, Democrats may be wary of cars, but they are very fond of the union labor that builds roads. If there's going to be a bipartisan initiative in this presidential term, this is the obvious place for it.

There's even reason to think that this might be more likely to happen under Trump than it would be under another president, Democrat or Republican. The two political coalitions that have prevailed until recently had built-in speed-bumps that made it hard to get a serious infrastructure initiative done. Environmental groups dislike new and expanded roads. Republicans like new roads fine but had fainting spells if you suggested raising the gas tax.

Trump has shaken up those coalitions. He has arguably weakened the power of the #NeverTaxes coalition in the Republican Party, because his voters aren't necessarily conservative small-government types. He is also forcing Democrats to cater not only to environmentalists, but also to a blue-collar union constituency that would favor construction. That creates political space you could drive a truck through -- one loaded with new construction materials for infrastructure projects.

That said, the Trump administration doesn't even have a plan yet, and when it does, the long process of negotiating it on Capitol Hill will begin: how much it will cost, what it will cover, and how to pay for it. Then we have to launch into the planning and approval process, including the inevitable delays of environmental review and lawsuits.

And then we have to actually build the stuff. This is not the Great Depression, when you could just roll out guys with picks and shovels onto massive public works projects. Modern heavy construction is done by skilled labor, using a lot of very complicated equipment, and all those resources will have to be developed and marshaled. It will be years before anything breaks ground, and further years before whatever we're building or repairing gets completed.

Fixing our nation's elderly infrastructure might well be a good way for Trump to spend his first term, one suited to both his temperament and his administrative capacity. But he'll face another Election Day before we really start seeing results.