How to rekindle the magic in your political union 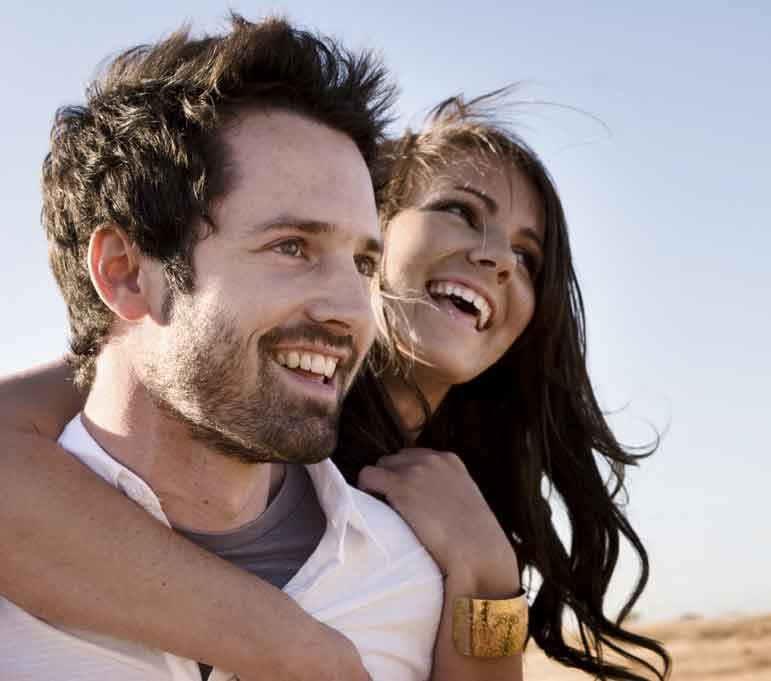 Shortly before I got married, I received a piece of sterling advice that I have been mulling a lot over the last year: "You have a big decision to make: Do you want to be married, or do you want to be right?"

Even a good marriage offers a lot of opportunities for grievance. Suddenly, you cannot make any major decision without consulting this other person -- who will, inconveniently, often have very different ideas from yours about where to live, what to spend the money on, how to raise the children, and whether to turn the basement into a home theater space or a library. (The correct answer, for those who are wondering, is "library.")

The more determined you are to win every battle, the more likely you are to lose what's important: the person you love so much that you have chosen to spend the rest of your life with them. And so every time you have a real disagreement -- the kind that cannot be finessed by agreeing that tonight you'll order Indian, and next time you'll get Chinese -- you have to think carefully before you decide to have that fight. Is this really the hill that you're willing to let your marriage die on? Because if not, now's a good time to shrug your shoulders and let them paint the ceiling teal. How often do you really look up there, anyway?

You have to decide this even when the grievances are more important than paint colors: Your partner snaps at you when they've had a bad day, leaves their junk lying around for you to pick up, spends too much money on things you don't need, or vanishes whenever your family comes over. Some hills are worth dying on. But a lot of them are of no strategic value in gaining your ultimate objective: a long and happy partnership.

If you spend your marriage trying to ensure that everything is always rigorously fair and just, and grabbing the flaming sword of righteousness every time some minor wrong is done to you, you may soon find that you spend more time fighting than you would have picking up their towels or going into the other room to watch a movie because your spouse is in a bad mood. Or you may find that you have a peaceful, clean house that's exactly as you want it -- because you're living there alone.

A reassuring note to my alarmed readers: I haven't been thinking about this because my marriage is on the rocks. Like everyone else, my husband and I had to get adjusted to the fact of another person around whose needs must be considered on par with your own. But we're doing just fine this year. It's another marriage I've been watching disintegrate: the one between red and blue states.

While traveling a few months back, I ended up chatting with a divorce attorney, who observed that what we're seeing in America right now bears a startling resemblance to what he sees happen with many of his clients. They've lost sight of what they ever liked about each other; in fact, they've even lost sight of their own self-interest. All they can see is their grievances, from annoying habits to serious wrongs. The other party, of course, generally has their own set of grievances. There is a sort of geometric progression of outrage, where whatever you do to the other side is justified by whatever they did last. They, of course, offer similar justifications for their own behavior.

By the time the parties get to this state, the object is not even necessarily to come out of the divorce with the most money and stuff; it's to ensure that your former spouse comes out with as little as possible. People will fight viciously to get a knickknack neither of them particularly likes, force asset sales at a bad loss, and otherwise behave as if the victor is not the person who goes on to live a productive and happy life, but the one who makes it impossible for the ex to do so.

However damaging these battles are, at least they eventually end. Unfortunately, there is no divorce court for nations, and our last trial separation ended in the deaths of about 2 percent of the population. However much you have come to despise the other party, they're still going to be there: tracking dirt into the halls of Congress, demanding an equal say in the direction of the ship of state. It doesn't matter if you hate their ideas, their habits, and everything else about them; they're not going anywhere. So you two had better figure out how to live together.

This shouldn't be as hard as we make it. The two Americas have a lot in common: centuries of history, a language, a shared love of delicious barbecue. If you don't believe me, go spend a little time abroad. No matter how much you like the new country, there's a special feeling of joy, a subtle tension that melts away, when you walk out of the gate and find yourself surrounded by people who took the same history classes you did, watched the same television shows growing up, eat the same brands of cereal. These people get you in a way that no one else can.

We forget this because we spend all of our time counting up our grievances, and precious few counting up the stuff the other folks did for us, all the good times (and bad times) that we've shared. Yes, my fellow Americans, you sometimes annoy the heck out of me, and your taste in politicians often leaves a lot to be desired. But we're still family, and I love you guys. I wouldn't want to share a country with anyone else. So here's hoping that in 2017, we all have a very happy new year.