Finding those who fell off the welfare rolls

CHICAGO - Welfare caseloads have dropped like stones in the two years since President Clinton signed a landmark welfare reform bill into law. But every silver lining has its cloud.

It was a cloud that seemed to hover over everyone's heads as members of the National Association of Welfare Research and Statistics met in Chicago earlier this week. It was a cloud made up of three big questions:

Why have so many people left the rolls now that, for the first time since the 1930s, the national safety net has been removed from beneath poor families? 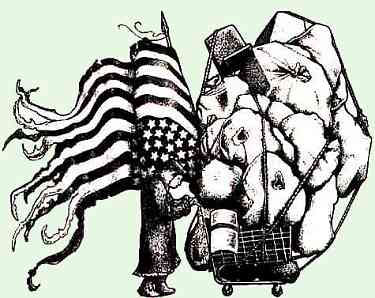 What needs to be done about those left behind?

What happens when the economy turns downward and unemployment turns upward?

At first blush, the answer to that first question seems simple enough. The six-year-old economic boom has reduced unemployment to its lowest level since the 1960s and even created labor shortages in some areas. A rising tide does indeed lift most, if not all, boats.

But anecdotal evidence suggests those numbers might not really be as rosy as they appear to be. For example, some recipients may have dropped off the rolls without finding work because the work requirements "have made welfare too expensive," Bill Buster, a Millsaps College economist studying Mississippi's program, said.

Welfare becomes too expensive, he explained, when recipients figure they can't afford the day care or transportation they need to get to work, despite the modest stipends many states pay to help cover such costs.

Former Labor Secretary Robert Reich and others used to say the country needed to "make work pay," so welfare recipients will not lose health care and other benefits when they go to work at a minimum-wage job. Today, it appears, states need to find ways to make welfare pay, too.

Many recipients also have been tossed off the rolls because they simply have failed to show up for interviews, failed to appeal an unfair suspension before the deadline or broken some other new rule. In Illinois, for example, an analysis by Chicago Tribune reporter Cornelia Grumman found thousands of poor families who had been dropped from the rolls for finding work, but many more returned because they had lost jobs or were reinstated because they should not have been dropped.

Most of the people best equipped to leave welfare have left the rolls in this latest wave of reform, leaving behind a population that is the most disadvantaged, most socially isolated and least equipped to become economically independent. They also are more non-white and urban than at perhaps any time in the history of national family relief. In early 1997, the most recent national figures on welfare and race showed white families receiving federal cash assistance had declined by 25 percent since reaching a peak welfare enrollment in 1994. That compared to 17 percent for black families and only 9 percent for Hispanic families.

A more recent analysis by New York Times reporter Jason DeParle shows a continuation of that trend in the 14 states that have 70 percent of the nation's welfare recipients. For the first time on record, DeParle found, black families now outnumber whites, although in the stereotype-riddled world of the welfare debate, many people mistakenly thought blacks outnumbered whites all along.

What is to be done? After years of studying the failures of the poor to escape the welfare trap, we need to learn more about those who appear to have succeeded.

Now that the states are enjoying a fiscal windfall brought on by high economic productivity and an unexpectedly drastic drop in their welfare spending, they should use some of that windfall to find out what's happened to their former recipients who have fallen off the rolls.

"We need to do studies that tell us definitively how many have gotten a job paying how much and how many did not," said Doug Dobmeyer, publisher of the Poverty Issues-Dateline Illinois newsletter and former Illinois welfare rights lobbyist. "Until we have a system that tells us that, we don't really know if welfare reform has been a success."

He's right. In the early 1960s, when Michael Harrington's book "The Other America" helped encourage Washington to take action to help those Harrington called "the invisible poor," the national mood attempted to make the poor more visible in order to help them. Today's national mood seems to be curiously content with leaving the poor invisible, out of sight, out of mind, while the rest of us celebrate a robust economy.

Unfortunately, economies don't stay robust forever. The more we learn about those who have left the rolls, the better we will be able to help those still left behind. Then we can do a better job of preventing others from falling