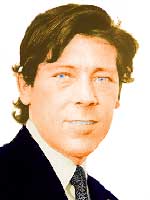 Making the case for an attack on Iraq

It's not all that hard to argue against U.S. military action in Iraq. Unlike in 1990, Washington hasn't managed to assemble much of an international coalition. Indeed, as America prepares to launch air strikes, the Arab world's silence is especially deafening.

True, claims made by European states long hostile to U.S. military action -- France and Russia, for example -- that Washington has yet to "prove" the existence of an Iraqi biological or chemical arsenal are nothing short of ludicrous. (In view of Moscow's tacit support for Saddam's refusal to cooperate with the U.N. weapons-inspections regime, Russia's willingness even to advance this argument bespeaks rare audacity.)

It remains, however, that the United States hasn't explained how air strikes might eliminate Iraq's mass destruction weaponry. In fact, a key U.N. complaint turns on the claim that Saddam's non-compliance has made it all but impossible for inspectors even to locate Iraq's hidden stockpiles. In this light, Washington still needs to argue the efficacy of bombing.

Finally, it's important to recognize -- sad to say -- that we've been here before. Critics who note Washington's failure to cultivate an internal opposition -- an anti-Saddam element capable of taking power and governing once he's deposed -- can't simply be dismissed.

Confidence in Washington's professed yearning for a "post-Saddam" Iraq hasn't been heightened by America's failure either to nurture the trans-ideological Iraqi National Congress or to assist the infantry it created in its 1995 defeat of two Iraqi armored divisions. Only this week, in fact, have senior Clinton administration officials begun to refer to Saddam's departure as a prerequisite to normal ties between Washington and Baghdad.

But it isn't too late for President Clinton to put forward a persuasive mission statement. And it would be profoundly unwise for the United States to embark on military action absent a White House effort to explain the administration's reasoning -- to tell the American people how the United States arrived at this pass.

For Washington, pulling back now is an unacceptable proposition -- unless Saddam, for some reason, abandons his current stance and acquiesces in his U.N. obligations. This would require him -- as U.N. Ambassador Bill Richardson puts it -- to grant inspectors "full and unconditional access to all (potential weaponry) sites."

Such a development is manifestly unlikely -- which means that American air strikes will soon be a fact of life. The time is now for the president to identify America's policy goals.

Clinton would be wise to acknowledge that Saddam himself may well seek a U.S. attack, expecting both that he'll survive and that air strikes will give rise to global sympathy for Iraq's plight. In Saddam's view, a strengthening of the claim that Iraq has suffered enough could bring about the end of economic sanctions without forcing him to give way on the weapons-inspection issue. And Saddam's goal is to see sanctions lifted while standing his ground on barring the U.N. inspectors.

The Iraqi dictator, moreover -- as Clinton would do well to note -- may have analyzed the situation correctly. After all, the impact of air strikes on the quality of life in Iraq has never been Saddam's central concern. Nor has he evidenced worry over the prospect that thousands will lose their lives.

The president's task is to justify the air strikes in the context of America's national interest.

Here, the point is plain: A vast and intensive bombing campaign -- an effort to destroy Iraq's infrastructure, eliminate its mass destruction weaponry and drive Saddam from power -- is the only way to ensure that appeasement retains the stigma it acquired 60 years ago.

The shameful attempt to satisfy Hitler's territorial appetites led to the demise of appeasement as a diplomatic tool. And the ignominious death it experienced as a consequence of the failed effort to satiate Hitler was well deserved. Permitting appeasement's re-emergence just as the 20th century draws to a close would be the height of folly.

In other words, Clinton's message can remain uncomplicated: By way of a painful lesson, the world has already learned that appeasement represents an invitation to further acts of aggression. It is also clear that democracies pay a high price for failing to retain their credibility. A signal by America that the threats it levels are sometimes empty may well lead other states to test Washington's resolve.

U.S. intelligence believes that some 20 countries (including Iran and Syria) are currently building chemical and biological weapons. If nothing else, striking at Iraq will encourage other states, hoping to enhance their prestige by acquiring mass destruction weaponry to rethink the wisdom of the path on which they've