A crisis of Biden's own making 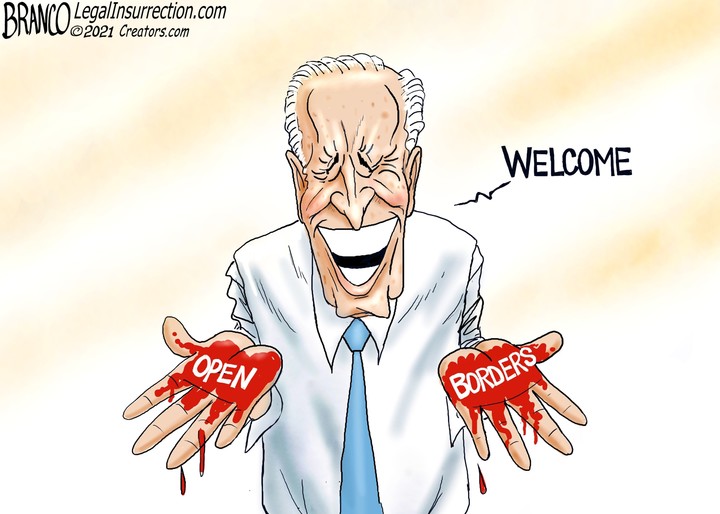 A crisis is a terrible thing to create. This, nonetheless, is what President Biden has done at the southern border.

His rhetoric during the campaign suggesting an open-handed approach to migrants coming to the US, and his early moves to undo Donald Trump's border policies, are creating a migrant surge that risks running out of control.

Homeland Security Secretary Alejandro Mayorkas says the situation isn't a crisis, but "a challenge" — an "acute" and "stressful" challenge with some "urgency," but merely a challenge all the same.

Consider the contours of this challenge. Twice as many people, about 80,000, tried to cross the border illegally in January of this year as compared with January a year ago.

Even though it isn't peak traveling season yet (that traditionally comes in May and June), the US Border Patrol has already begun releasing migrants into US towns on the border.

Axios reported on a briefing prepared for Biden that warned that the number of migrant kids is on pace to set a record, and there aren't nearly enough beds to accommodate them.

Biden officials tend to discuss the "push factors," the conditions that prompt migrants to flee their countries in Central America. But changing those underlying conditions, even if doable, is a long-term proposition. What we have much more direct control over is the "pull factors," our own policies and practices that create an incentive to come here.

Trump had a number of false starts at the border, but, by the end, had created an entirely reasonable system based on his lawful authorities to impose order at the border. There is no good reason to rip up much of this arrangement, though that's exactly what Biden has done.

During the pandemic, Trump turned around illegal crossers at the border on public-health grounds. Biden has created an exception for unaccompanied minors, which is an obvious incentive for families to send children under age 18.

Under Trump, the Migration Protection Protocols, also known as Remain in Mexico, ended the practice of letting Central American migrants into the US while their asylum claims were adjudicated.

This was crucial because, under the old arrangement, asylum seekers were allowed in while their claims were considered. Even if the claims were ultimately rejected, as the vast majority of them were, the migrants overwhelmingly ended up staying anyway. This was a huge magnet to migrants — get to the border and claim asylum and you're in the United States, very likely to stay.

Biden has trashed the Migrant Protection Protocols. No new asylum seekers will be enrolled in the program, and the backlog of people who had been waiting in Mexico are being admitted into the United States.

He's also suspended the so-called "safe third-country" agreements that Trump forged with El Salvador, Guatemala and Honduras to get asylum-seekers to apply in one of those countries.

The premise of the overall Trump approach was that people who feared for their lives in their home country because of persecution don't necessarily need to come to the United States to escape. It should be enough for them to go to another country in the region, or if they are indeed applying for US asylum, to stay in Mexico while doing so.

Allowing them into the United States, with no reliable internal enforcement mechanism, constitutes an end-run around our immigration system. Because migrants, like anyone else, respond to incentives, the more who are allowed in, the more will come. And, since our resources aren't infinite, if enough families show up at the border, it inevitably overtaxes our personnel and facilities.

Even if Biden has different priorities, it makes no sense to create a willy-nilly rush at the border before a supposedly better system is in place (whatever that might be).

Mayorkas blames Trump for having "dismantled our nation's immigration system in its entirety," a claim as absurd as the notion that the Biden administration started from scratch on vaccinations.

Trump got a handle on the border, which in 2014 and 2019 had spun out of control. Call it what you will, a crisis or a challenge, but Biden is on a path to heedlessly repeat this experience.