The most popular parlor game in Washington: Who will replace Tillerson? 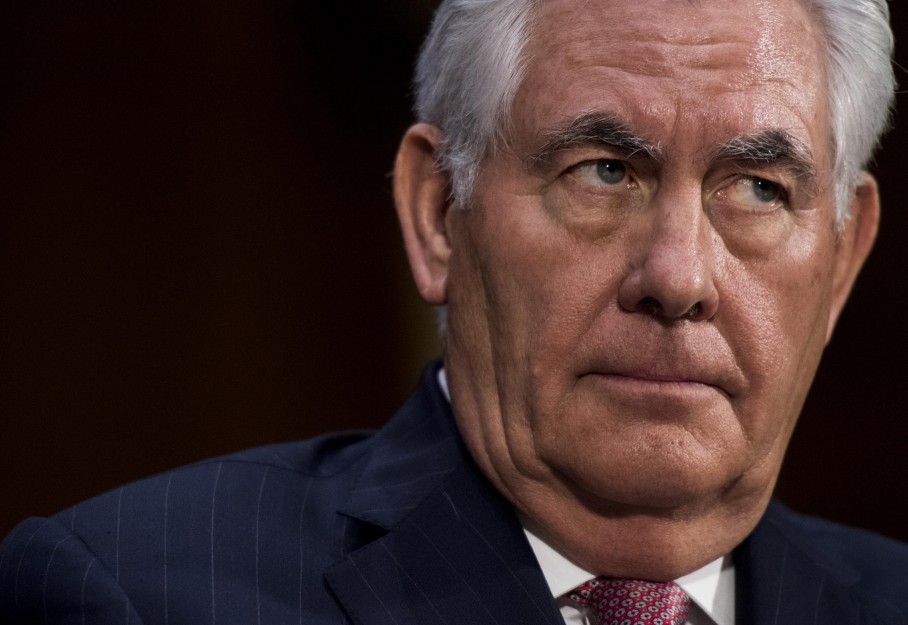 The most popular parlor game in Washington right now is speculating who will replace Rex Tillerson as President Donald Trump's next secretary of state, a thankless job in an administration that has downgraded the role of the State Department and diplomacy overall. But two qualified and apparently willing candidates have emerged.

When confronted last week with pervasive rumors that he is on the way out, Tillerson pleaded ignorance. "Who in the world is telling you that stuff?" he asked reporters from the Wall Street Journal. He promised to stay in the job "as long as the president thinks I'm useful." Early this month, he held a news conference to deny reports that he had considered quitting. Publicly, Trump has expressed confidence in his top diplomat, despite reports that Tillerson had called the president a "moron."

Inside the White House, officials say privately that Tillerson's repeated disputes with various parts of the Trump inner circle have made his long-term survival untenable. The leading speculation is that he may depart after he has served one full year, to save face and complete the State Department reorganization he has publicly claimed as his primary mission.

As several excruciating profiles have detailed, Tillerson's main legacy will likely be a State Department depleted of talent, with the lowest morale in decades and playing a reduced role in the crafting and implementation of U.S. foreign policy. His successor's primary mission will be to reverse that trend. The top two contenders, Ambassador to the United Nations Nikki Haley and CIA Director Mike Pompeo, offer different paths for recovery.

Haley has been praised both externally and within the Trump team during her short tenure in New York City. She's credited with "getting it done" on matters such as North Korea sanctions and toughening up the U.S. stance at the United Nations. Unlike Tillerson, she was quick to get a top-notch staff in place, which has allowed her to be effective inside the interagency process.

Her appointment would foretell a State Department that hews toward traditionally hawkish GOP positions, including forceful advocacy for freedom and human rights abroad. It could also mean a shift in the current drive to mend relations with Russia. Last week, Haley told the George W. Bush Institute that Russian interference in U.S. elections amounted to "warfare." Haley also defended funding for diplomacy and free trade.

"We're not going to see [diplomacy and development funding] gutted, that's just the reality of it, because we can't and the president doesn't want to," Haley said. "I don't see us tearing up any [trade] deals. If that was the case, we would have done it already."

Haley took a middle-of-the-road approach in deliberations on the new Iran strategy, which ended up winning the day. She has met with refugees in the Middle East and is continuing her world tour this week, heading to Ethiopia, South Sudan and Congo. She looks like someone campaigning for a promotion.

But the Haley choice is risky for Haley. She already has amassed the foreign policy bona fides required for a future run for president. Her physical distance from the White House has allowed her to avoid internal conflicts and act independently. It's not clear what she gains politically from moving up to secretary of state. Taking the job would be a huge gamble.

Should Haley move to Foggy Bottom, her most likely replacement in Turtle Bay would be deputy national security adviser Dina Powell, according to reports. Powell has been shrewd in staying out of the spotlight while demonstrating her value and effectiveness to Trump.

Pompeo would be a secretary of state with deeper ties to Trump and views that align more with those of the White House. He is more hawkish on Iran than Haley is. As he demonstrated in remarks last week, he is willing to play down Russian interference in the 2016 election.

Pompeo briefs the president personally several times a week, and the White House likes his willingness to push the administration's narrative. While his tendency to be overtly political makes some uncomfortable at the CIA, it would be an asset at the State Department.

Some reports suggest that if Pompeo gets the State Department job, Sen. Tom Cotton, R-Ark., is in line for CIA director. Cotton is the rare senator who has good relations with Trump and the White House team. His move to CIA could be a stepping stone in his ambition for higher office.

The State Department professional corps would welcome either Haley or Pompeo with open arms, but neither would have an easy task. Unless they clearly break with Tillerson's approach and stand up for diplomats and the work they do, Washington will find itself speculating about yet another secretary of state soon enough.